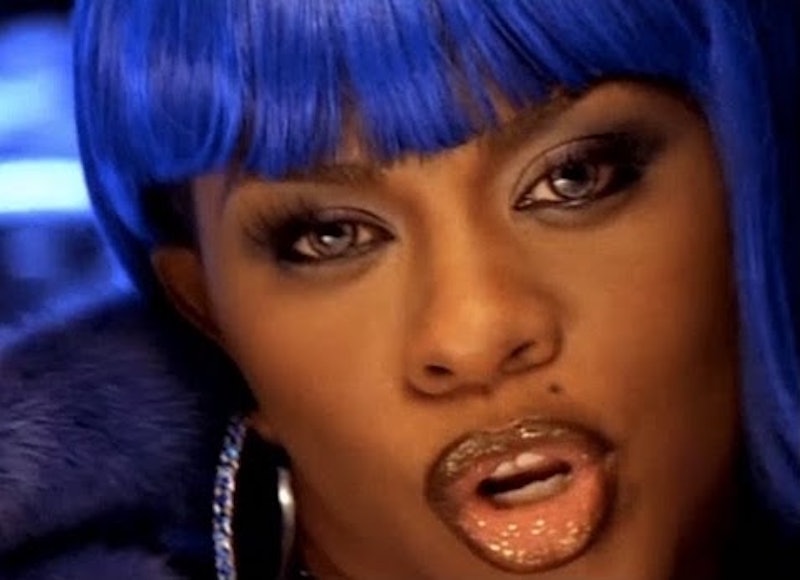 Following the uprising of women the world over with last week's Women's March, consider that '90s kids make wonderful Nasty Women now. Nasty Woman, a phrase coined by Donald Trump when he hurled it at then presidential candidate Hillary Clinton, has been retooled by the women of the nation and turned into something so much more. Loud, proud, angry and vibrant, Nasty Women come in all shapes, sizes, colors and orientations, and are brilliant in all their diversity. But as it turns out, haaving grown up in the '90s might also have prepped Nasty Women for this Herculean task of fighting the patriarchy — the '90s, after all, was a perfect incubation ground for today's nastiest women.

This is not to disparage any Nasty Woman that grew up in any other era, but just to look at the specific ways the '90s instilled in us the rebellious, revolutionary spirit we're marching with now. From Riot Grrrls to Spice Girls, '90s pop culture was geared towards creating and promoting Nasty Women. Nasty Women like Ruth Bader Ginsburg were flexing in politics and the "Third Wave" of feminism was fired up. Coming off the back of the woman-fearing popular culture of the '80s, the '90s were a super feminist time. Here's how '90s kids make wonderful Nasty Women now (remembering that all Nasty Women are of equal value).

1. Because Riot Grrrls Were The Original Nasty Women

If Trump's America happened at the time Riot Girrrl and the philosophies of the movement were in their prime, you best believe those women would have been on the front lines of the marches, and organizing all types of disruption. It's where '90s kids learned their feminist rebellion.

2. And "Girl Power" Had The Nasty Woman Spirit, Too

Even if you weren't woke enough in the '90s to be a Riot Grrrl, you were probably at least a Spice Girl — and the spirit of disruption was strong with you too.

3. Because They Were Part Of The "Third Wave" Of Feminism

The Third Wave of feminism was very rooted in intersectionality — much as we are today. When you grow up with a feminism that rejects the homogenized, white feminism of past generations, you're likely to remember the importance of fighting for all women now.

4. Because They Had Some Of The Best Female Music Anthems

Feminism isn't all about pop culture, but songs can feed a movement. We had tracks like "You Oughta Know," "Just A Girl" and "Bills, Bills, Bills" inspiring us to be smart, angry, powerful women, and if anyone needed a march playlist today, you know a '90s kid would be all over that.

5. Because Ruth Bader Ginsburg Was Their Hero When She Was Appointed To The Supreme Court

Nineties kids make great Nasty Women because when they close their eyes, they can still see Ruth Bader Ginsburg on the news, taking her seat on the Supreme Court, and unleashing the spirit of feminism across a whole generation of women who thought, "I could do that."

6. Because Alterna-Girl Culture Embraced A Totally Radical Idea Of Femininity

Popular culture began to be saturated with alterna-girls as icons. Think Janeane Garofalo doing anything, or Kat in 10 Things I Hate About You, or Lisa Loeb, or Daria. Women and depictions of women like this showed girls that they had much more control over their narratives; that they could choose to be pretty and typically feminine, or outspoken and fierce like these role models, and either way feel empowered and comfortable with themselves.

7. Because They Were Raised By A Pop Culture Canon That Espoused The Values Of Ride-Or-Die Sisterhood

Pop culture was really having a sisterhood moment in the '90s, with Now & Then, the Spice Girls, Friends, and (even though it's gross to us now for many other reasons) Sex and the City. Female friendship and sisterhood were huge on big and small screens, and we embraced it as we are again now.

8. Because LGBTQ Rights Were (At Long Last) Making A Stir

The rise of intersectional feminism in the '90s was empowering the LGBTQ community. Feminism now encompasses the vast array of women, regardless of orientation or birth assigned gender — which seems natural to us, based on our experiences in the '90s.

9. Because Hip Hop Was Giving Us Some Empowered Females

The golden age of hip hip is widely regarded as the '90s — and it's because of all the women completely changing the game (although the boys would never admit it).

10. Because Our Boss Hillary Clinton Was Revolutionizing What It Meant To Be A Wife And Mother By Changing The First Lady Role Entirely

Hillary Clinton was not a quiet first lady — she worked hard when she was in the spotlight. The first First Lady to have her FLOTUS portrait painted wearing pants, she was disruptive and bold. She upset people when she said she didn't want to stay home baking "cookies and tea" (it was seen as disparaging to stay-at-home mothers), but it was also an invigorating outlook in a climate and context where women were often relegated to background support.

11. And Because We Grew Up Watching Hillary Attempt To Install The Social Infrastructure We're Fighting For Now

All love for Hillary. Health reform was her big ticket item (although obviously we never got the healthcare she envisaged until Obamacare), and she created the Department of Justice's Office for Violence Against Women, so '90s kids were raised to fight for the same things — these among many — that Nasty Women are finding themselves fighting for now.