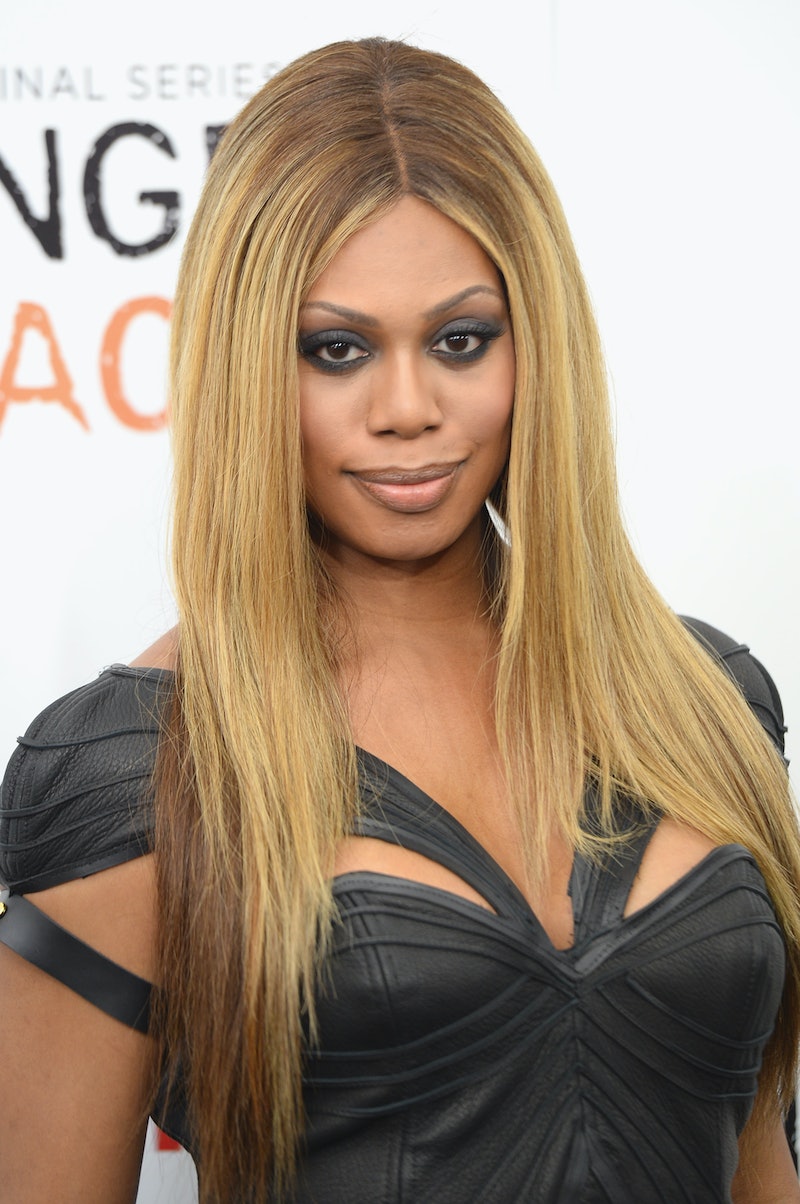 Over the past year or so, Laverne Cox, the transgender actress and advocate who stars on Orange is the New Black, has done a lot to earn our admiration. She's spoken out against bullying and oppression, rallied behind CeCe McDonald, produced a documentary on trans teenagers, and, perhaps most memorably, shut down Katie Couric during an interview in which the journalist focused a bit too heavily on her guests' genitalia. At the time, Cox gave an impassioned speech about the media's disinterest in more important trans-related topics like violence and discrimination, and this week, the actress, in an interview for the cover of Time, discussed the impact of that now-viral talk show appearance.

"That felt like a moment when things really shifted," Cox said. "I felt really good about it and I remember thinking, As many people who have been on daytime TV, I’ve never heard someone push back and really talk about the homicide rate in the trans community and talk about the disproportionate discrimination and talk about someone like Islan Nettles, who lost her life just because she was walking down the street while trans."

Despite the lack of discussion in public settings like TV, the issues she spoke about, Cox said, were things frequently discussed in the trans community.

"And to shift the narrative away from transition and surgery," she said. "I’ve never seen someone challenge that narrative on television before. But in the community, we’ve been talking about this and frustrated for years."

In the January Katie interview, Cox appeared on the show alongside transgender model Carmen Carrera to discuss their burgeoning careers and visibility in the trans community. Although the beginning questions focused on those two topics, Couric quickly delved into asking the women about their genitalia. Carrera responded by avoiding the question and reprimanding Couric for asking about a "really personal" topic, but Cox took the opportunity to change the dialogue completely.

"The preoccupation with transition and with surgery objectifies trans people," she said, "and then we don't get to really deal with the real, lived experiences. The reality of trans people's lives is that so often we're targets of violence."

Cox then spouted off statistics about the disproportionate amount of discrimination faced by trans people, especially women of color. Trans women, she said, face rates of unemployment, homelessness, poverty and violence far higher than the national average, yet that fact is hardly ever spoken about on platforms like TV.

"By focusing on bodies," she said, "we don’t focus on the lived realities of that oppression and that discrimination.”

The video quickly gained traction online, and Cox's already-impressive reputation as a leader in the trans community grew even greater. Most significantly, the issues that Cox brought up in her speech — violence and discrimination against trans people — were, for once, given the attention they warranted. As Cox said in the Time interview, trans men and women are finally being given the opportunity to shift the narrative, and this, in large part, is thanks to the actress' willingness to be vocal about what matters.

Watch Cox's appearance on Katie below: