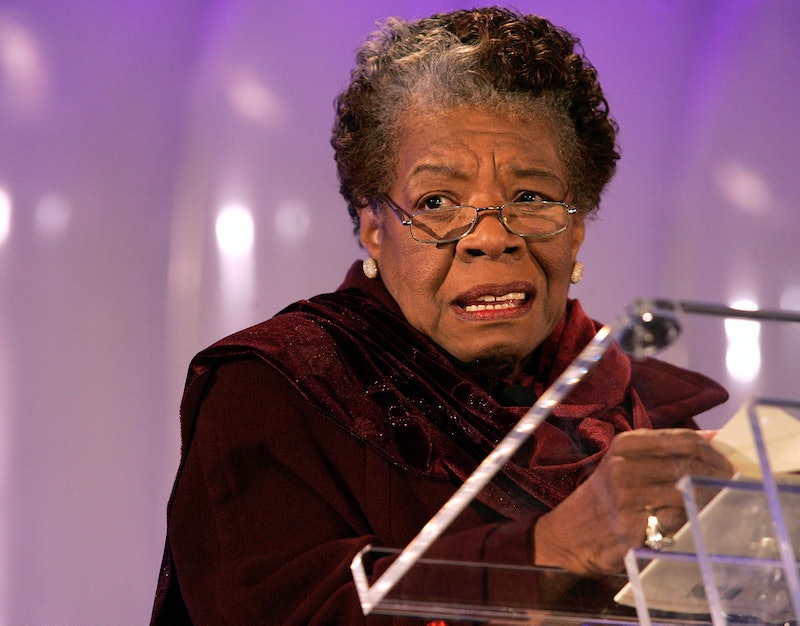 Another week, another chance to review a mere sampling from the War on Women. T.G.I.F! Where to start? How about in Utah, where high school administrators thought it would be a good idea to alter the yearbook pictures of female students so they showed less (lack of) cleavage.

The Wasatch County School District does have a "Student Grooming & Appearance" policy, which is based on cutting-edge pedagogical research:

Certain fads and extremes of dress and hair styling tend to attract undue attention to an individual and interfere with or disrupt the educational process. Experience has demonstrated that the learning atmosphere is improved when students both look and dress appropriately.

The school also bans any clothing that,

tends to cause an actual and/or perceived disruption of the educational environment or activities. Disruption is defined as reaction by others to clothing or adornment which causes the teacher/administrator to lose the attention of any student.

And yes, in case you were wondering, "crossdressing is prohibited."

Without asking or telling the students, the school took advantage of Photoshop and manipulated certain female students' photos so that their necklines were higher and their sleeves were longer.

The school did apologize — only bascially for failing to photoshop MORE photos. Terry E. Shoemaker, the superintendent for the Wasatch County School District explained, “We only apologize in the sense that we want to be more consistent with what we’re trying to do in that sense we can help kids better prepare for their future by knowing how to dress appropriately for things."

You know what would be a good way to avoid this problem in the future? Require female students to pose with their faces in this:

And before anyone screams about women's rights and choices, they can also opt for this one:

Sigh. On to more news from this week.

Glenn Beck presented a segment this week which very appropriately addresses rape culture .... with a skit that included drag and attempts at humor. The segment did a great job at proving that rape deniers are motivated more by misogyny (and a terrible sense of humor) than by facts.

The video consists of two men, one dressed HILARIOUSLY as a lady, acting out situations which the government, allegedly, classifies as rape. The point of the video is that rape numbers are inflated because they include things that are "annoying," but not actually sexual assault. The only problem is that the examples depicted are explicitly NOT classified as rape. If it weren't for the totally dishonest premise, the video would no doubt go down as a cinematic opus. (Said no one ever.)

This week, Google revealed that only 30 percent of Google's employees are female. The numbers for women are even worse when you look at leadership positions, where only 21 percent are female. In fairness to Google, it's hardly an outlier. Of Amazon's 120 senior managers, only 18 are women.

The more things change, the more they stay sexist

Speaking of Google, it did celebrate the achievements of a very important woman this week. On Tuesday, on what would have been her 107th birthday, Google presented a doodle of Rachel Carson, whose book Silent Spring warned of the dangers of pesticides and helped spark the global environmental movement.

For her hard work and skill as a writer and scientist back in the day, Carson was of course rewarded with sexist attacks launched by companies like the beloved Montsanto. They attacked Carson’s gender, looks, and unmarried status, calling her a “hysterical woman,” a “priestess of nature,” and a “spinster.” And in a letter to President Eisenhower, Secretary of Agriculture Ezra Taft Benson expressed his confusion over why a “spinster was so worried about genetics.”

And because some things really never change, we were blessed with this headline just this week:

This story reminds me of that old saying I just made up, "I do not agree with what you have to say, but I'll admit that your misogyny, racism, and hatred are truly outstanding." It takes a special breed of self-loathing misanthrope to attack an octogenarian nobel laureate one day after her death. The special breed of whom I write is, of course, John Derbyshire.

I know what you're thinking after seeing his image: "Funny, you don't look like an angry and hateful man," right? But looks can be deceiving. And Derbyshire, whose handy guide on how to be a better racist got him fired from The National Review (!), decided to take to the White Nationalist interwebs this week and write a vitriolic screed against Maya Angelou, who passed away this week at 86.

Maya Angelou. I first heard that name in 1993, when she read one of her “poems” at the Clinton inauguration. It was a quite sensationally bad poem. I remember being shocked by how bad it was. With the whole world watching, this is how the U.S.A. presents itself to the world? With this semi-literate gibberish?

This, by the way, is the poem "On the Pulse of Morning," which Derbyshire finds incomprehensible.

In the same tantrum, he admits his lazy ignorance: "I always assume that any black person in a well-paid position is an Affirmative Action hire." Sadly for Derbyshire, even after Angelou is gone, she kicks ass.

Tune in next week, for more of The Week in Women.