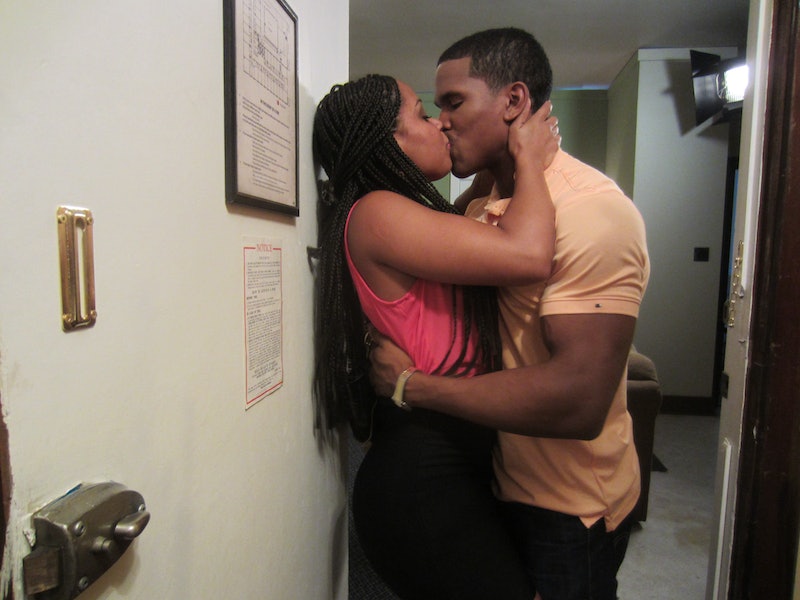 Ah, sex. The fun flirty pastime of sex positive feminists the world over. But what about the times that are not so fun? And not just in an "oh I'm peeing funny way," but in an "oh god I think I have to go to the hospital NOW" sort of way? TLC's Sex Sent Me to the ER has been collecting two seasons worth of cringe worthy bedroom tales, with a boatload of additional episodes hitting your way the tail end of this year, according to a press release from TLC. The network is no stranger to sensational yet fascinatingly odd show concepts. They've got Return to Amish about traditional youngsters coming back from Rumspringa, My Five Wives chronicling a polygamous sextet, and 19 Kids and Counting about a "Quiverfull" family that just loves to procreate.

Sex Sent Me to the ER doesn't skimp on the weird and the wonderful. From pleasure that just won't stop (apparently that can end up being a very painful problem) to animal interruptions, and startling revelations, the show is a non-stop terror factory that will have you clutching the one you love (or pushing them away because a torn cervix is really not on your agenda anytime soon).

Here, we countdown our favorite scary sexy stories from the show, ranked from "gee that sounds uncomfortable" to "never having sex again." Enjoy?

1. THE FIRST TIME IS THE Toughest

In the series' premiere episode, a young virgin, in his nervousness of being with his first partner, accidentally thrust so hard his partner's head ended up going through a sheetrock wall. The nervous no-longer-virgin was convinced he had killed her, which I'm sure can put a damper on anyone's sex life. Fortunately, his girlfriend awoke to ask why he stopped (concussions, amirite?) and what follows is a super awk trip to the doctor trying to explain why her "fall" was clearly reflected as blunt force to the top of her head.

Cringe level: Moderate. At least they're still together, and have a pretty interesting first time story all said and done.

Imagine this scenario. You've just had a baby. You and your partner finally get to go out for your first date in months and decide to get frisky high school style in the back seat of your car. When suddenly, something startles you so hard you sprain your insides. Is it a bird? A plane? Nope, just a nosy bovine grazing by your vehicle.

Cringe level: Is LOL a cringe level? And by that we mean the cow part, not the messed up lady business part.

While many ladies have trouble finding their "o," what happens if you get results that are, er, too effective? As in an orgasm that won't stop? If you thought multi-hour climaxing was just a side-effect for Viagra popping men, think again. The Season 1 episode "It Won't Stop" follows a woman who just can't stop arriving. Over time she's diagnosed as bipolar and able to control the problem with medication, but I just can't stop thinking of how awkward that was to call in sick to work.

4. BURNER GETS SOME BURNING

A hippie of the Burning Man persuasion heads to the forest naked, to get in touch with his sexual nature. While there he becomes one with the trees, birds, and his own body. Sounds like a free love fantasy right? It is until he arrives into the ER with a swollen, burning penis unable to pee. What happened? A creature the man only describes as a "legless lizard" (he might mean some kind of worm), apparently decided to attain even more one-ness with the patient by crawling up inside his urethra all the way into his bladder. He's later super sad when the creature doesn't make it and realizes his body destroyed a life (but at least his equally star child girlfriend stayed by his side).

Love it or hate it, you've probably attempted shower sex sometime in your life. But the opportunity for slippage is way too high. It's bad enough when one partner gets a copulatory injury. But both, with one incapacitated? Yikes. In this particular case, a couple attempted to get frisky in their bathroom, only to have a nasty slip that resulted in not only vaginal bleeding, but an unconscious partner.

Cringe level: Epicly Unnerving with a Side of Suspense — only because of the unique enigma the problem presents. (Which part are you supposed to attend to first? All of your lady parts, or your partner's unconsciousness?)

More like this
Do I Have To Tell My Crush That I Slept With Her Ex?
By Sophia Benoit
This Company Will Send STI Tests Right To Your Door
By Lexi Inks
The Strange, Sad, & Hilarious History Of Online Dating
By Samantha Cole
Designers Cringe Whenever They See These Things In Homes
By Rebecca Martinson
Get Even More From Bustle — Sign Up For The Newsletter