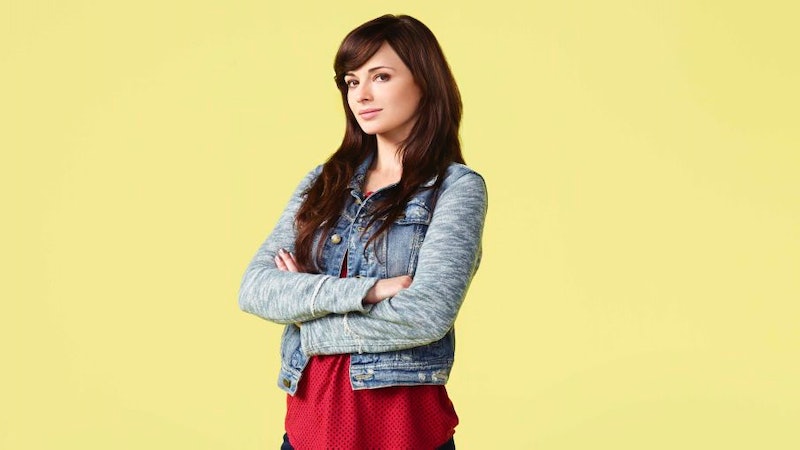 The future looks bright as new territory opens up before Jenna on Awkward in Season 4. So far, we've seen a new mature Jenna 2.0: Jenna is dating a college guy who seems like a pretty decent guy so far, she nailed her college interview and is really starting to come into her own about life outside of high school. The only thing that is a bit puzzling and still shows us the old side of Jenna is her confusing relationship status with Matty. One day they're friends with benefits, the next she says she's completely done with the Matty chapter of her life. So how will the show handle Jenna's newfound maturity when she heads to college next year? How will the show handle all of these characters when high school ends at the end of Season 4?

At the moment, the cast and crew of Awkward haven't given us any hints or insights into their plans. There's already been talk about watching in Jenna in college could be a refreshing new start for the series, especially if the growth Jenna is experiencing at the moment in Season 4 continues. But what does that mean for the rest of her friends? There's a few theories on how this can all go down.

The Entire Awkward Gang Joins Jenna At The Same College

I genuinely hope this doesn't happen. It'll feel like Saved By The Bell: The College Years except worse because at least in that show Lisa and Jesse weren't also at the same school as Zack, Screech and the gang. If this is the direction the writers take, it'll feel like high school all over again with at least a few of the characters and it gives Jenna a reason to revert back to her old ways of thinking. We don't need a resurgence of Beta Jenna.

Jenna Goes To College On Her Own

On the other hand, if no one joins her in college, that could be interesting, but also lonely and more difficult on the writers. Would Jenna 2.0 keep in touch with her old friends? Jenna and Tamara are starting to drift apart, especially since Jenna seems to take college more seriously than Tamara. So does that mean she'll alienate her friends completely start over? People leave their homes and friends to go to college all the time, but in a TV show it's much harder to try and focus on the whole ensemble when they're all so far apart.

The best idea would be for Jenna and maybe a select few others to join her in college. But it has to be reasonable, they can't all be getting the same grades and getting into the same college. So what if the writers throw a curve ball and put the two people who despise each other in college together with no one else they know? I'd watch the crap out of that show.