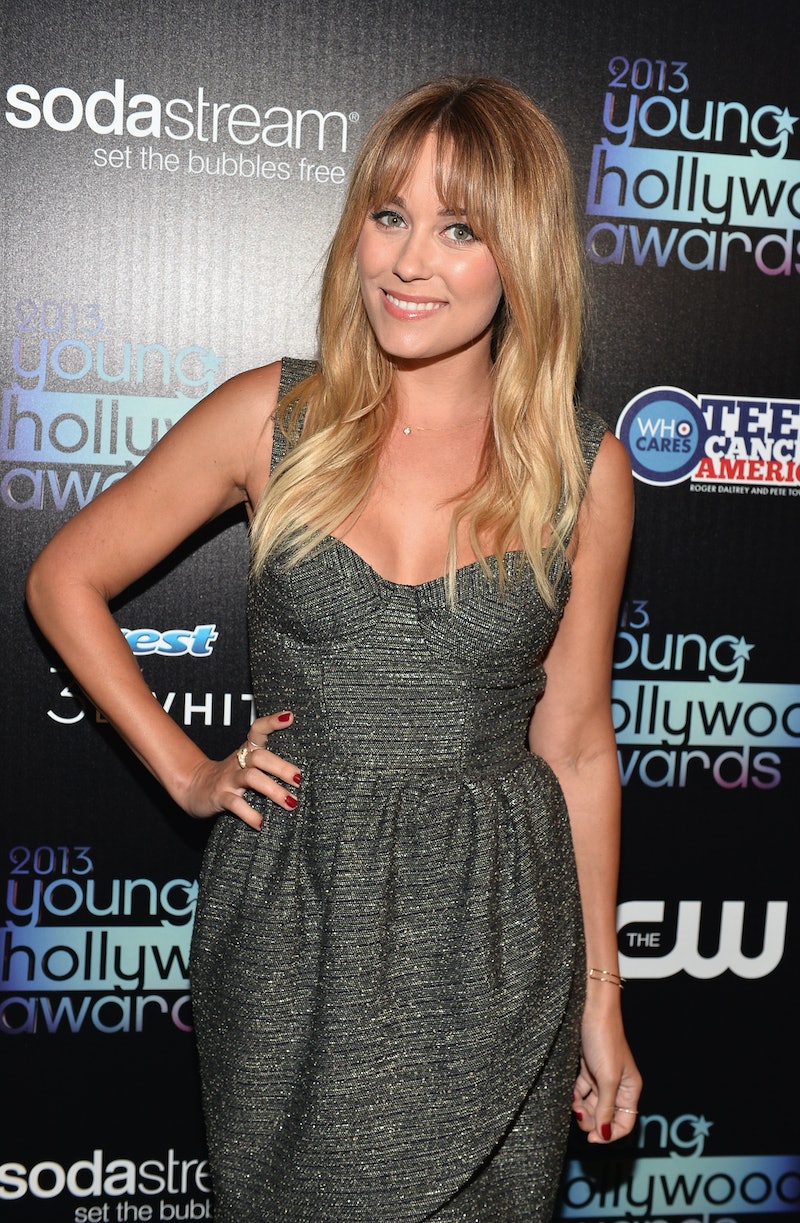 When you're Lauren Conrad and you need to celebrate something, what do you do? You go to Cabo, of course! Following in the grand tradition of many years (well, episodes) of living it up in the Mexican city, Lauren Conrad held her bachelorette party in Cabo San Lucas over the weekend. News previously came out that Conrad had to leave a restaurant in Cabo during the trip after she found out it discriminated against same-sex couples. While Conrad and her friends took to Twitter to urge people to avoid the establishment, she didn't let it ruin her trip. Conrad and her BFF from way back, Lo Bosworth, posted photos of the bachelorette weekend on Instagram and it looks like the ladies had a great time partying Laguna Beach style.

Back in the height of Laguna Beach's popularity, a trip to Cabo would mean a ton of flirty glances between L.C. and Stephen, the cast clearly going to bars but not actually drinking on screen because they weren't 21 yet, and plenty of gossip about Kristin. Nowadays, Conrad and her friends don't have to deal with any of that — they just have a fun time on the beach, wear temporary tattoos, and express their opinions on social issues. Oh, and they come up with silly and festive hashtags. Bachelorette weekend photos were tagged #DontTellMrTell in reference to Conrad's fiancé William Tell. Tell and Conrad got engaged back in October and are reportedly getting married this fall.

Here's how Conrad and her friends celebrated her upcoming nuptials. In class L.C. fashion, everything is adorable and perfect:

I guess giant bachelorette party bows are a thing..?

Jk! Caring about Kristin is so ten years ago.

Kinda cute, kind terrifying and reminding me of that episode of The O.C. where Marissa ends up in a Tijuana alley.

The "This Is So Relaxing. Be Jealous, Haterz" Pose