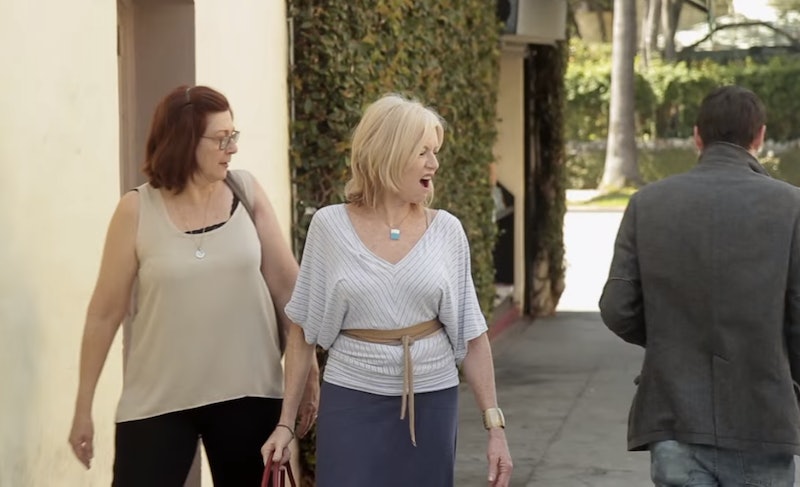 If our "Why I Need Feminism" article and Beyoncé’s Rosie the Riveter-inspired photo didn’t convince you that the #womenagainstfeminism movement has no case at all, this surely will. Buzzfeed's “If Men Were Women” video reverses the gender roles in instances of everyday sexism, to show just how unequal society’s treatment of women is. Women ogle men and whistle at them as they walk by. Women compliment men on their sense of humor because “it’s hard to find a dude that’s funny.” Men wait patiently for women to escort them home, because it’s a dangerous world out there at night when you’re a man.

Though some of these examples hit the nail on the head (the most striking scene has to do with a schoolboy looking back at our nation's leaders) I must admit, not all these examples are entirely fair. One scene shows a disappointed-looking man staring at rack after rack of magazines featuring shirtless men with chiseled abs. While women are leered at more than men on the street and in media, men’s magazines are also replete with near-nudity and impossible beauty standards.

This isn’t the first video of it’s kind. An even more startling film showing gendered sexism is the short film Oppressed Majority by the French director Eléonore Pourriat. In one disturbing scene, she shows a man being cornered in an alleyway and sexually assaulted by a gang of aggressive young women, in broad daylight. Meanwhile, women run shirtless in the streets, pee openly in public, and objectify their male employees. Pourriat's depiction of sexism is subtle — she even had the wit to convert the French "aide maternelle" (daycare) into an "aide paternelle."

For a more comedic interpretation of a gender-switched society, see Jay Diaz’s series The Flip Side. Across these episodes, women assume the adventurous role in a camping adventure, men prepare snacks for the football-watching women, and a husband experiences strange food cravings and throws a baby shower when his wife becomes pregnant. The fact that this stuff is actually funny proves how wide the gap is between our treatment of men and women.