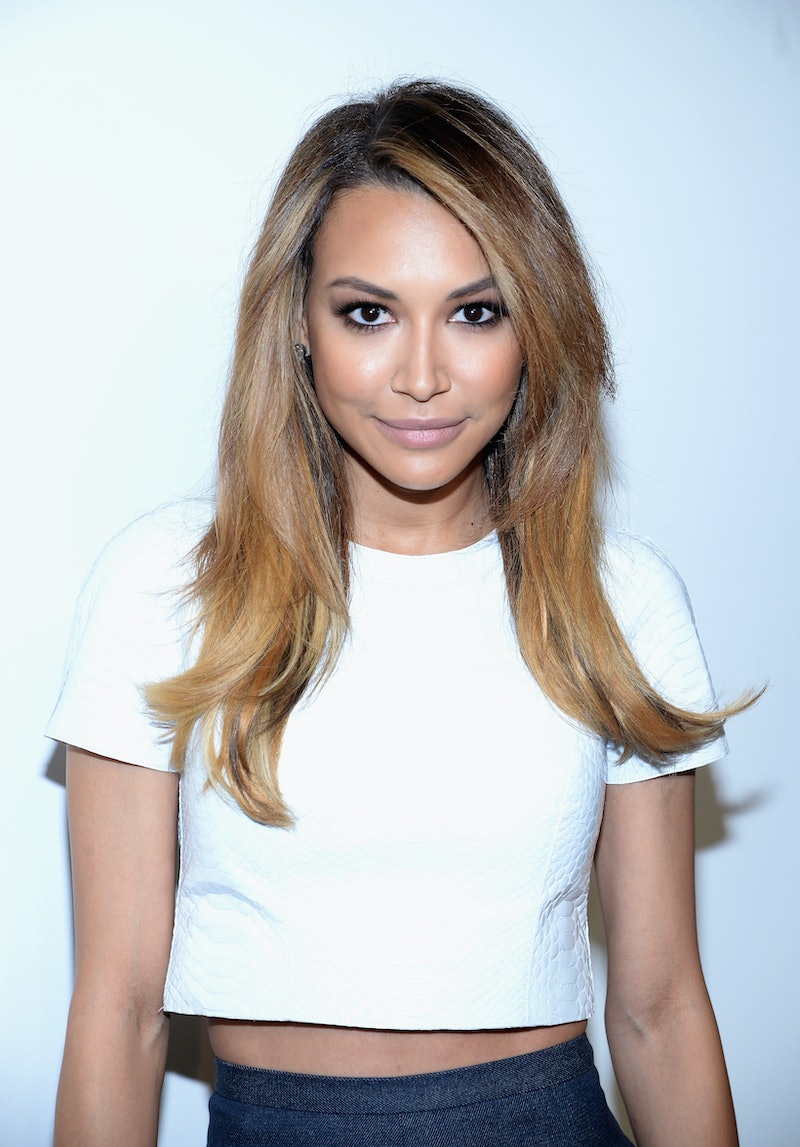 Glee star Naya Rivera is officially married, so naturally Twitter has some rude opinions on the actress's nuptials. After breaking off her engagement to rapper Big Sean earlier this year, it seems that Rivera moved on faster than anyone knew. She kept her wedding secret until she herself decided to release the news. But for many, the quick change from Big Sean to actor Ryan Dorsey was uncalled for, and they want Rivera to know how they feel.

There's no doubt that her new courtship was speedy, but why should that affect her marriage's longevity? Especially when you consider that the couple were friends four years before they got married. But first of all, it's not Twitter's business to question the sincerity of Rivera's relationship. Secondly, all that matters is that she's happy. Rivera had a really tough year between splitting with Big Sean amongst rumors that he cheated. Then there were all the rumors that she was fighting with co-star Lea Michele and that she'd been dropped by her record label and fired from Glee.

What Rivera needs right now is a little happiness and if she's found it in Dorsey, then good for her. Let's just hope she doesn't read the scathing comments like these ones judging her for moving on.

And then there are the people accusing her of just wanting to be married.

She's getting a lot of Kim Kardashian comparisons.

And then there's this person asking the important questions. #Sarcasm.

Never hurts to insult the new husband either. Ugh.

Almost as if she could predict this outcome, four days ago Rivera posted a picture of her and Dorsey on horses with the caption, "Hey haters!!!" since his horse is peeing and Rivera is pointing at it.

That's the first post on her Twitter and Instagram right now, so maybe the haters will get the hint and stop commenting on someone else's relationship.

I wish Rivera and Dorsey the best of luck with their new life together, and I hope she steers clear of Twitter for awhile and just enjoys her time as a newlywed with her husband. She deserves some happiness after everything what's happened this past year, and now it looks like she's found it.