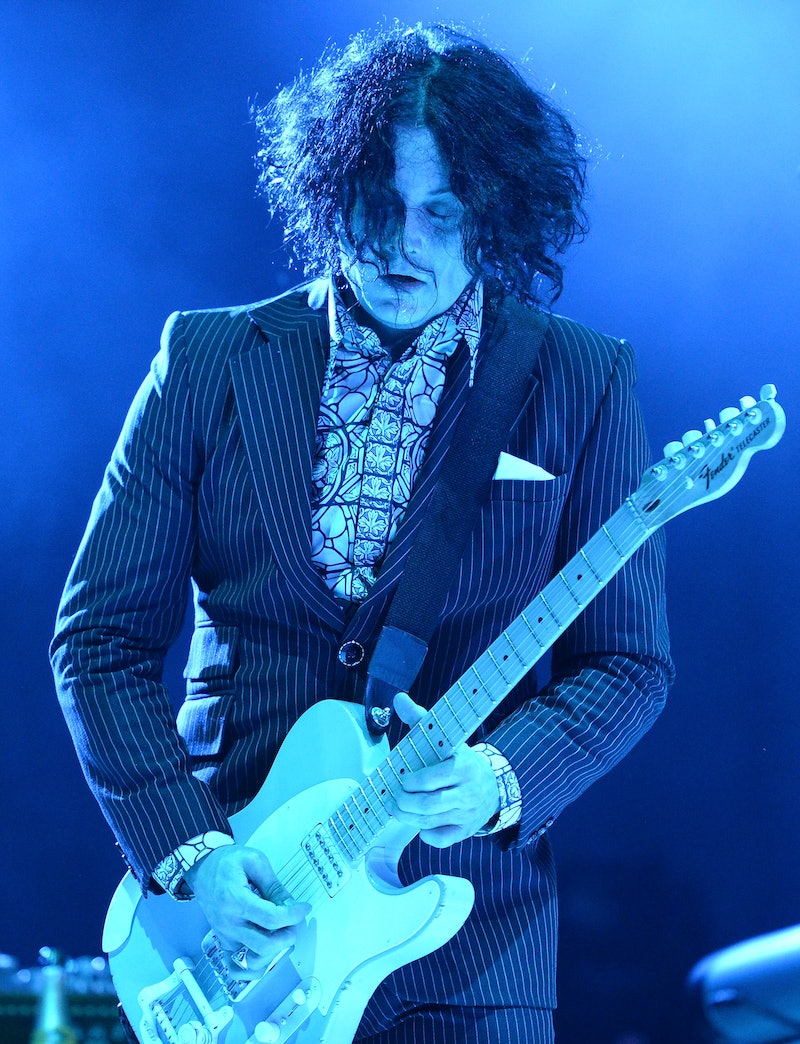 When you think of Jack White, you're unlikely to break out into a fit of hysterics (Jack Black on the other hand...), but all that is about to change. Jack White was caught on screen at a Chicago Cubs game at Wrigley Field on Tuesday having — what appears to be — the worst night of his entire life and it's already become Internet gold.

Now, the Grammy-winning artist has certainly had his moments of being a sourpuss, like when he infamously walked off stage 55 minutes into a set at New York City's Radio City Music Hall, but it takes real grumpus dedication to look this upset at a baseball game on a summer night.

The photo, which started making the rounds on Twitter, shows the musician — clad in a Cubs shirt — looking both incredibly angry and sad. The hysterical shot of White is so good that it could easily join the sad meme ranks of Sad Ziplining Kanye, Sad Taylor Swift on a Boat, and of course, the one that started it all, Sad Keanu on a Bench. Welcome aboard, Sad Jack White at a Baseball Game!

Check out the picture in question below, courtesy of one very quick screen grabber on Twitter:

Okay, the only thing funnier than White's face here, is the graphic that reads "It's the Party of the Century" right below him. What a party!

Since the Cubs beat the Padres on Tuesday night, there's no way White could be mad about the game, so here's some theories on what made the rocker so darn annoyed.

- He got early word about the fifth Pirates of the Caribbean movie, and he knows he'll have to endure a few more years of people mistaking him for a Johnny Depp character.

- The people in front of him are still theorizing what his relationship to Meg White is.

- They're playing "Seven Nation Army" every single time someone has a hit or they cut to him on the Jumbotron. He has other songs, you know!

- Having just turned 39-years-old on July 9, Jack White suddenly realized this is the last year of his thirties, and gosh darnit, he had better make it count.