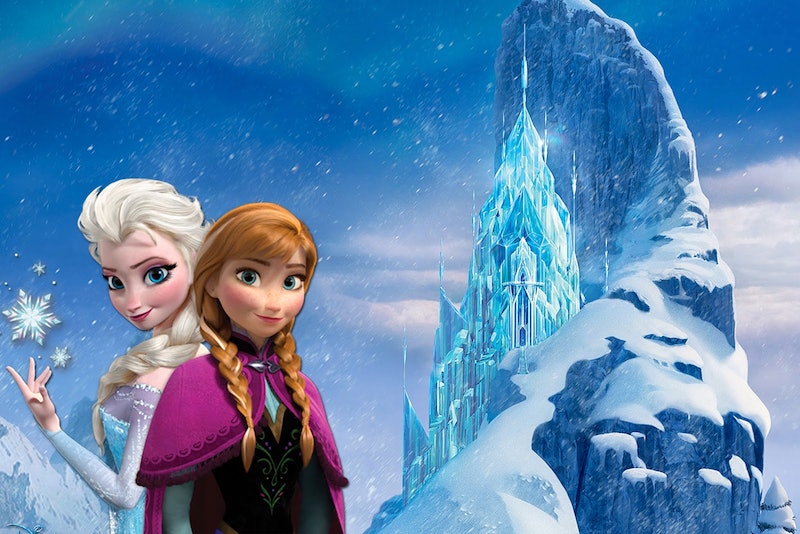 For years, it seemed that world would end not with a bang but with the onslaught of truly terrible Disney sequels that trampled on everything sacred. And yet it seems that we might now be spared from a fate the once seemed inevitable: Disney will be coming out with an ongoing series of Frozen chapter books — and that's instead of announcing a movie sequel. Sing it with me now, people: "For the first time in forever/There'll be music, there'll be light!" Because clearly we have found ourselves in a new and better era.

Of course, it might be a bit premature to celebrate just yet; Disney hasn't actually taken a Frozen 2 movie off the table, and since the first film made over $1 billion, it's highly likely they won't be able to resist the temptation. But if the book series does roll out as planned, it's seems that it really might take the place of a movie sequel.

The series, Disney says, will pick up where the movie left off and depict more adventures Elsa and Anna have, and how their relationship will grow now that they're properly reunited. The first two books will come out in January, with two more books coming out later in 2015. And Disney says they plan to release three or four books a year going forward.

That sounds like a sequel to me. Plus there's that Once Upon A Time crossover coming up. So really, there's no need for a movie.

There's no word on how long the Frozen books might be or what age group they might be geared towards, but we do know they will be written by Erica David, who has previously worked on screen-to-book adaptations for How to Train Your Dragon and the Nickelodeon show The Legend of Korra.

Disney compared the books to their current Never Girls series which takes place in Neverland and fills what Disney calls "a real niche in the chapter book market." Which doesn't sound like they expect the series to be the sort of financial success that could replace a blockbuster movie, but still, I live in hope. Because after Disney killed my childhood 10 years ago with the abomination that was Mulan 2 , I feel like they have to stop twisting the knife sometime.