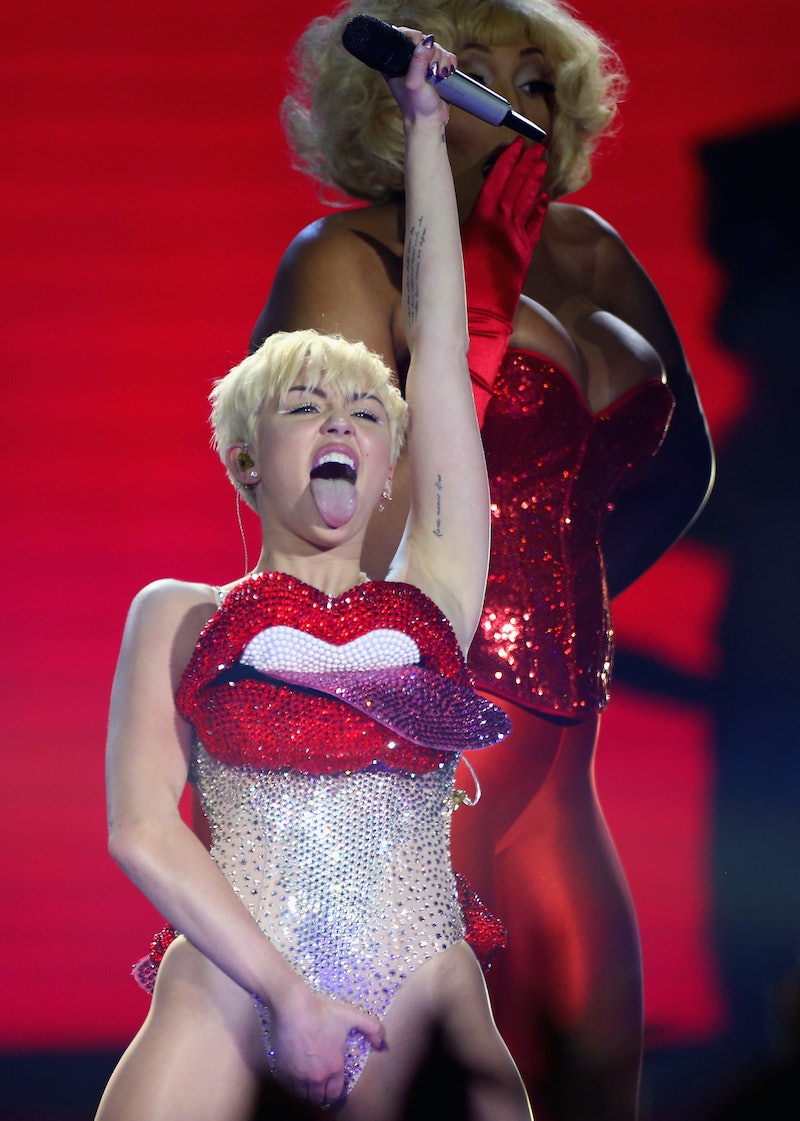 Everywhere she goes it seems Miley Cyrus is running into censorship. Her raunchy concert has upset worried mothers all along its tour and even the FCC got in on things when they launched an investigation into her on stage costumes. It seems the organization received a lot of complaints about her Fourth of July TV tour special potentially violating broadcasting standards. Now, Miley Cyrus' Dominican Republic concert was canceled because the country's government public performances commission thinks the singer participates in "acts that go against morals and customs, which are punishable by Dominican law." It's a pretty serious situation, and pretty unfair.

Earlier this year the country allowed The Bachelorette to come for an extended stay, which included the show's infamous Fantasy Suite dates. Fans of the show have speculated for ages that the date is just a euphemism for having sex, something Andi Dorfman's ex-suitor Nick Viall confirmed. Is twerking worse?

And then there's the fact that even the Kardashians got to film in the Dominican Republic in 2012. Anytime Khloe Kardashian is there, topics of conversation are going to be less than "moral" and yet the KUWTK crew was allowed to keep on rolling tape.

The family even made a music video singing the words to "Hypnotize" by The Notorious B.I.G. One look at those lyrics and The Dominican Republic government commission should have put a stop to that, too, if their laws are so strict they have to cancel on Cyrus. I mean the Kardashian's were performing lines like, "Girls walk to us, wanna do us, screw us" and "Tits and bras, ménage à trois, sex in expensive cars."

Cyrus may be scandalous in some people's eyes, but is she more scandalous than the Kardashians and/or the Bachelorette Fantasy Suites? According to the D.R., yes.