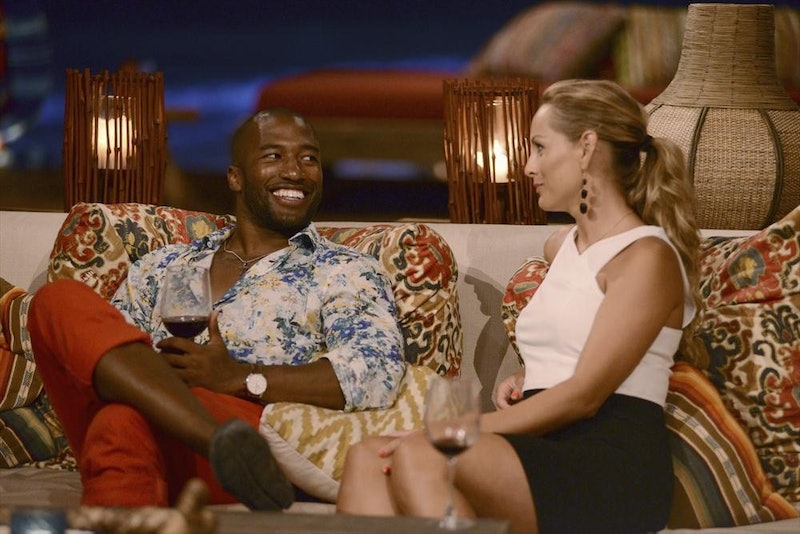 Oh, Bachelor Pad, we hardly knew ye. For you have been far outshone by the fair, sweaty beauty that is ABC's new series Bachelor in Paradise . They say, "you only Paradise once," but they are wrong. ABC will Paradise as many times as it can, until BiP, like Bachelor Pad before it, dies a slow two-on-one-date death. The thing about adding 50 new people to the " Bachelor family" each year, is that there is a nearly unlimited pool of rejects to choose from when Chris Harrison finally says, "Yeah, I've got some time in my schedule. But let's go the beach this time, I'm pretty sure I caught something on the last Bachelor Pad season." And so, Bachelor in Paradise was born. (This has been a fictional account.)

But what is the difference between BiP and Bachelor Pad? The casual viewer might assume there were just a few tweaks, or perhaps Pad took place in the mountains, while Paradise takes place a the beach. That person leads a beautifully naive life that I'll never have back. The differences actually abound between the two series, and Bachelor in Paradise is decidedly the better program. Just the fact that one is called Bachelor in Paradise implies that the other is anything but an idyllic situation. Perhaps if 30-somethings competing in chocolate sundae races is your kind of party, you preferred Bachelor Pad to the perfect balance of romance, deception, and two helpings of crazy that is Bachelor in Paradise. But just in case you've been sticking strictly to one, let me fill you in.

All About Dating vs. All About the Benjamins

The main difference between the two shows is that Bachelor Pad had a cash prize waiting at the end it it, and Paradise does not. The absolute only reason to stick around Tulum is for the hope that you'll make a romantic connection with someone. There's actually more probability that contestants could be in Paradise for "the right reasons" though unlike Bachelor Pad, where the wrong reasons were built straight into the narrative. In fact, you were kind of a chump if you were there strictly for romance.

No Contests, No Voting, No Strategy

OK, there's a little bit of strategy to Bachelor in Paradise, but only so far as briefly pretending to be interested in someone, or getting them to promise you a rose at the pre-rose-ceremony cocktail so you can stay in your twin bed paradise for a few more days. So far, all arrangements like that have been mostly mutually beneficial. You know what's not mutually beneficial? Possibly getting cheated out of your money after winning Bachelor Pad.

People like Chris Bukowski, with Bachelor Pad pasts, are considered slightly less-than when they enter the Bachelor in Paradise abode. BiP-ers seem to consider themselves die hard romantics in search of love — think Marcus, Clare, Marquel, Sarah, etc. — whereas the Pad-ers were presumed to just be in it for the cash and casual sex.

Bachelor Pad looked like it was filmed at a weird summer camp, by weird summer campers. For the amazing post-production quality that's been coming out of Bachelor in Paradise, may I simply point you towards the above exchange, edited to look like Clare was heatedly speaking with a raccoon.

I will never get over this.