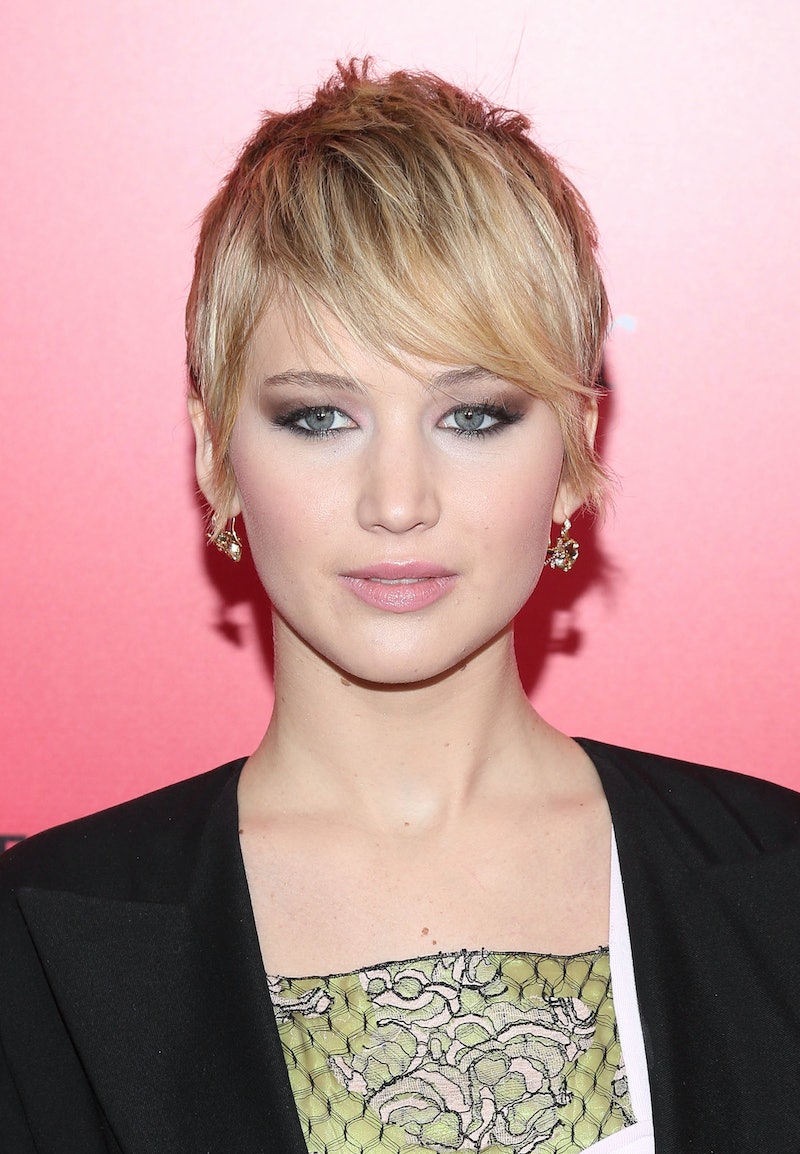 In news that will hopefully topple talk of her nude picture leak, Jennifer Lawrence just set a Guinness World Record for highest-grossing action movie heroine. The first two installments of The Hunger Games series made a whopping $1.5 billion worldwide. Catching Fire alone took in $854 million globally, which gave it the highest box office numbers of 2013, even beating out Marvel's Iron Man 3 and Disney's Frozen. This is the kind of stuff we should remember in wake of the hacking and distribution of Lawrence's intimate photos. She's a phenomenal, Oscar-winning actress who captured the world with her portrayal of the brave Katniss Everdeen.

But the world record means more than just having the top earning film of the last year. The Hunger Games' success means that Katniss is the top earning action heroine ever. That's no small feat when you consider some of the women she has for company. We're talking Scarlett Johansson's Black Widow, whose action-packed Avengers film came in about $31 million short of the record. She also beat out Kill Bill's Uma Thurman, whose two films grossed only about $333 million worldwide. Lawrence even bested Angelina Jolie twice when she dethroned her Mr. and Mrs. Smith and Tomb Raider action heroines.

Those are all badass ladies, so it's impressive that J. Law is not only amongst them, but actually leading the pack.

It's especially noteworthy when you consider that The Hunger Games franchise is only halfway over. With two Mockingjay films to hit theaters in the next couple of years, the series is on track to earn over $3 billion. Those kinds of numbers could have it trump huge franchises like the Batman and Twilight series.

This is the kind of recognition that should follow Lawrence's name when she's mentioned in the media. She's more than just a nude leak victim, she's Katniss Everdeen: The Girl on Fire.