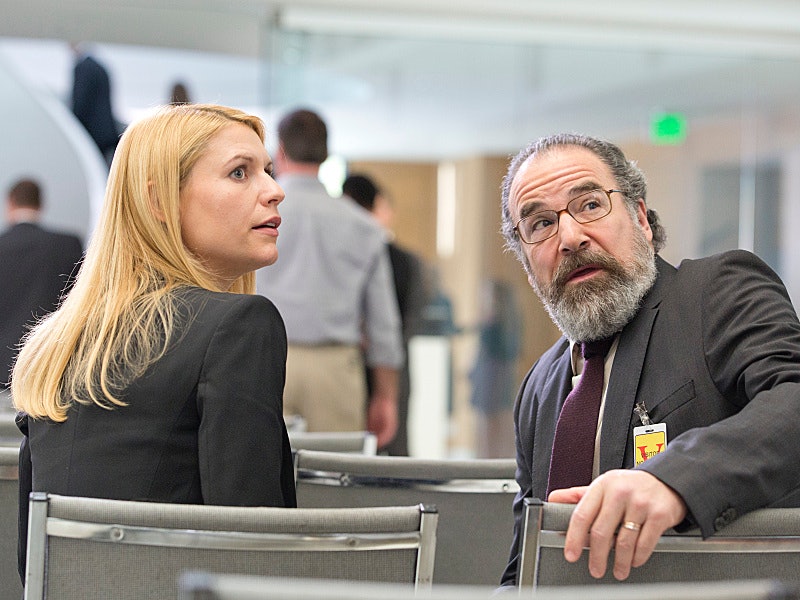 One of many shows finally returning now that the fall TV season is getting started, Homeland Season 4 is on its way, and almost everything that was set up back in Season 1 is completely flipped now. Three years of Claire Danes' lip trembling, quick-blinking, Emmy-winning ugly crying have charmed both the critics and fans and made it one of the most awarded dramas in this deeply competitive age of television — the fact that it's paired with an amazing performance (matched by Damian Lewis and Mandy Patinkin) doesn't hurt either. Homeland Season 3 was unbelievably eventful, and put the twists from Seasons 1 and 2 to shame… and if somehow you've managed to avoid spoilers all year, take this weekend, before the first round of fall premieres, to binge watch the first three seasons and get caught up so you'll know exactly what everyone is buzzing about on Monday mornings this fall.

And while a lot of fans and critics think Homeland has dipped in the last two seasons, don't listen to them — find out for yourself by catching up on all of the back episodes before the fourth season premieres on October 5. There are a few ways to do so — and some of them don't even require a cable subscription. Lucky you.

Get a Little Help From Your Friends

Dig out your parents' old email address and password or bribe a friend with a premium cable set-up so you can log in to Showtime Anytime, their online streaming site, which houses every episode of Homeland — and there will be access to the Season 4 episodes as well.

Work That Cable Subscription You Pay So Much For

Until September 30, all of Homeland will be On Demand for Showtime customers. If that's not you, camp out at a friend/sex friend/family member's house who has a sweet flatscreen, a solid cable package, and sit on their couch all weekend catching up. By way of thanks, pick up plenty of pizza, pad thai, or whatever their favorite takeout is.

Get a Taste For Free. Yeah, Free.

If you're just looking to get a taste of the show to judge whether or not you'll love it, rather than completing all three of the previous seasons, Showtime Anytime currently offers the third season premiere to anyone who comes to the site.

It's two dollars for a single episode, and thirty to own an entire season. If none of the other options work for you, bite the bullet and know that at the very least, you will be able to revisit Brody and Carrie as much as you want.