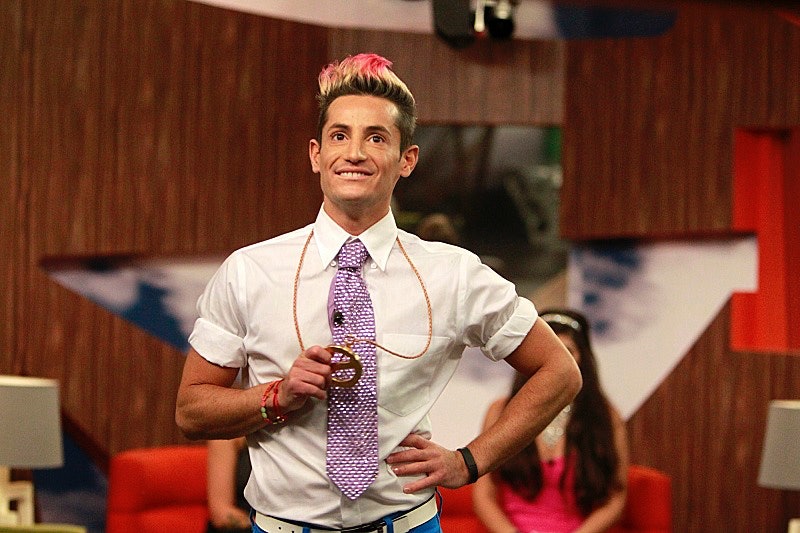 Whether you're a fan of Frankie Grande on Big Brother or not, you can't deny that he has proven to be a huge competitor, winning half of the competitions played this season. Often, good competitors like Frankie are awarded the title "America's Favorite Player" at the finale of the show — assuming they don't win the entire show — and given a prize of $25,000. There has been much discussion if Frankie Grande will win America's Favorite Player this season, but a lot of that discussion has been if he will win it because he is truly Big Brother fans' favorite player, or because he has the largest fan base outside of the show (not even including his sister Ariana Grande's fan base).

The remaining houseguests have been talking a lot about America's Favorite Player lately, trying to weave it into gameplay, assuming some of them still have a chance at winning the title (note: they probably don't). They all have their own arguments as to why they should win America's Favorite, but it was a quote that BB_Updates, a Big Brother live feeds Twitter account, tweeted from Frankie on Saturday night that really surprised me. The quote showed Frankie asking Ariana to tell her followers and fans to vote for him for America's Favorite Player.

This quote really blew my Big Brother mind because I would never expect Frankie to take that much advantage of his sister's fame just to win $25,000. The plot thickens when I went to look at the same tweet Sunday morning and found that it was missing from the Twitter account's page. It is unclear if Frankie actually asked this of Ariana, or if there was an error (?) in the tweeting of it, or perhaps it was meant satirically, who knows?

Fans of the show, and followers of the account, were not happy about the supposed quote from Frankie, but a lot of people felt that it made sense that he would say something like that. But one user said that the quote was completely false.

Later, Frankie and Cody were talking about the title, when Frankie said he wouldn't win it because he was Ariana's brother.

And when Cody said that Ariana could offer an incentive for fans to vote for him, Frankie quickly brushed off the suggestion.

While it would have been a bit nobler for Frankie to say he wouldn't ask her to do that, it seems that using Ariana is not an option for Frankie. But that mysteriously deleted tweet by BB_Updates is definitely something to question. While using his sister would be low, it would come shortly after he told live feeders that he would follow them on Twitter if they voted "yes" for the Team America mission a couple of weeks back.

All in all, Frankie doesn't have to worry about winning America's Favorite player because he has been losing fan polls for weeks now. Zach, Donny, and Nicole have been battling it out for first, second, and third.