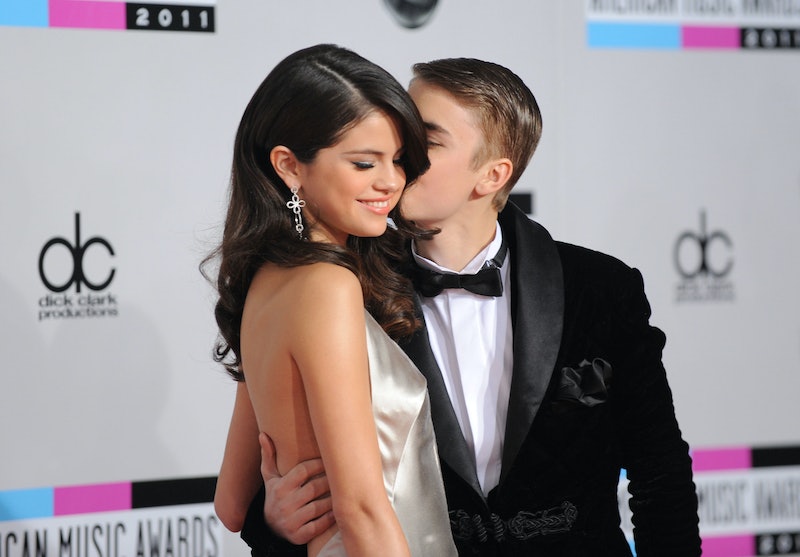 I will admit that if I had the option to either go on a date with Justin Bieber or participate in an episode of Fear Factor — which could include eating bugs or sitting in a tub full of rats — I would most likely choose the latter. I stopped being a fan of Usher’s prodigy after he started doing things like wearing diaper pants, crossing the one and only Orlando Bloom, and generally being an egotistical twerp. Yet even though I despise him, I have remained a loyal fan of his on-again off-again girlfriend and fellow celebrity, Selena Gomez. And though I’ve never been content with the status of their relationship, after Bieber and Gomez were spotted together in Las Vegas on Saturday for boxer Floyd Mayweather’s fight, I only have one thought on my mind: who cares?

For so long, the world has over-analyzed Jelena’s relationship, and even I have taken part in questioning whether or not the couple is together or if they should remain a pair after all the breakups. But now that this has gone on for what feels like a few years, it seems like it’s time to just let it go, let it go, turn away and slam the door. Seriously though, let it go, everyone.

Yes, the two were pictured together on Instagram enjoying a trip together where Gomez met Bieber’s boxing friend, but what’s the big deal? They’re both adults — in the legal sense of the word, at least — so they can do what they want and be with each other if that’s what feels right. For all we know, Bieber and Gomez could actually just be close friends now who simply enjoy each other’s company. After all, celebrities like Hilary Duff and Mike Comrie are still able to be best buds despite their separation, and for some reason the public doesn’t criticize them at all. Maybe it is because Duff is such a sweetheart and Comrie doesn’t make a fool of himself like Bieber often does, but even so, it’s the same situation.

And at this point, if the two are indeed an item, then it’s not necessary for everyone to label their relationship anymore. Sure, being Facebook official is comforting for both parties and makes an obvious statement that the two are exclusive — though who really needs to know anyway? — but at 20 (Bieber) and 22 (Gomez) years old, the ability to date without a label actually reveals a sign of maturity. It says they are comfortable enough with each other that they don’t need to “claim” one another with a relationship status. Sure, statuses are great — hell, I requested my boyfriend be “in a relationship” with me via social media — but that should be their own decision and not ours.

If Bieber and Gomez are “back on,” “going strong,” or “calling it quits,” then that’s their business. It’s about time the world stops defining their relationship because what they have (or don’t have) is not so different from what the rest of us experience with our own significant others. As long as they're both genuinely happy whether couple, friends, friends with benefits, whatever, then the rest of us should be happy for them.