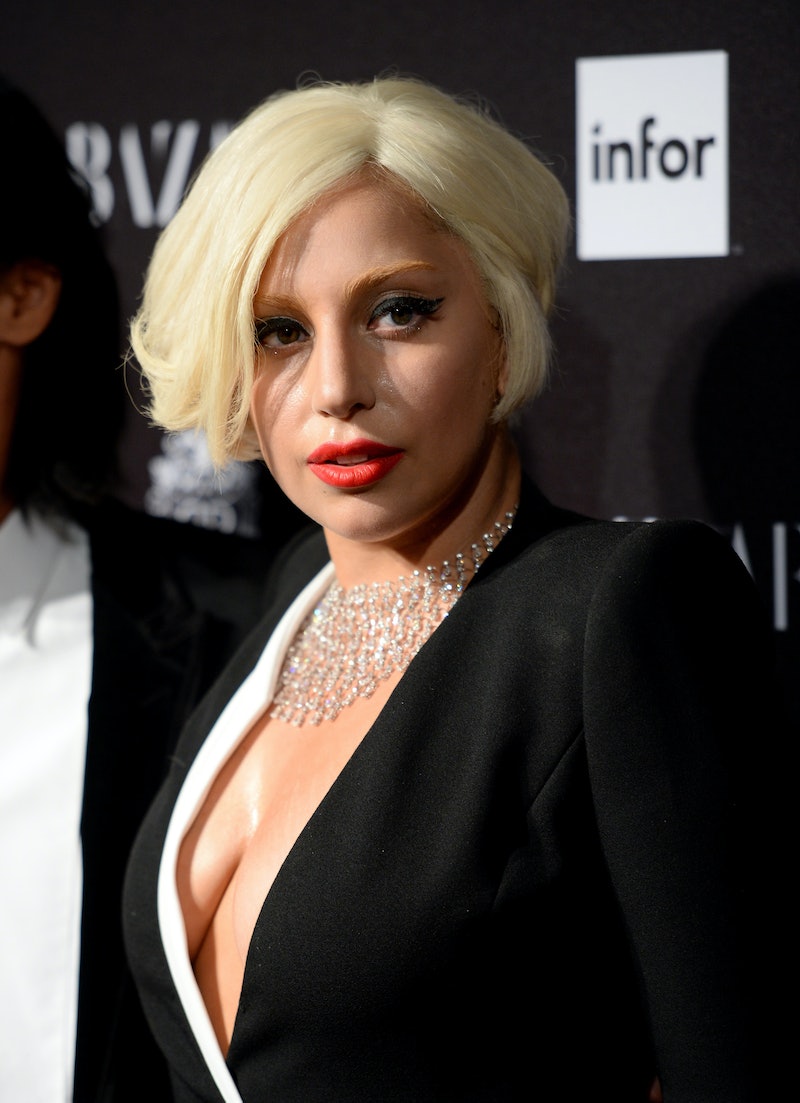 For someone who goes from rocking bleach blonde dreadlocks to channeling Joan Crawford with uncanny ease, the lines between Lady Gaga's onstage persona and her offstage reality tends to become extremely blurry. In fact, when she took the ice bucket challenge without flinching, I wondered if she was actually human. In a 2011 Vogue interview, she recalled performing with food poisoning and willing herself not to vomit onstage. "Because I was also thinking, If I do, they are going to think I’m drunk. And I don’t want them to think I am human, let alone drunk." Well, I hate to break it to her, but Gaga's sappy, heartfelt thank you tweets you posted thoroughly convinced me that she couldn't be more human if she tried.

One of the more touching tweets read, "Spent a lot of time crying today, happy tears, but many. I can't believe my life. Being able to buy nice things, travel, it's overwhelming." It's still a hard sell to try and peg Gaga as normal, but publicly acknowledging how fans have changed her family's life shows that even though she will allow someone to puke on her during a performance, she's really just like everyone else—sort of. Take a look at some of Gaga's more relatable moments:

When she made fun of herself on Saturday Night Live

I love the fact that she spoke against fat-shaming by tweeting, "so what if I got a belly sometimes, sometimes I don't. There's people starving in the world." Amen to that.

The time she bonded with "Granny Gaga"

When she took time out to meet her 80-year-old fan backstage, my heart melted.

The time she woke up this...

Nothing says relatable more than a makeup-less morning selfie.