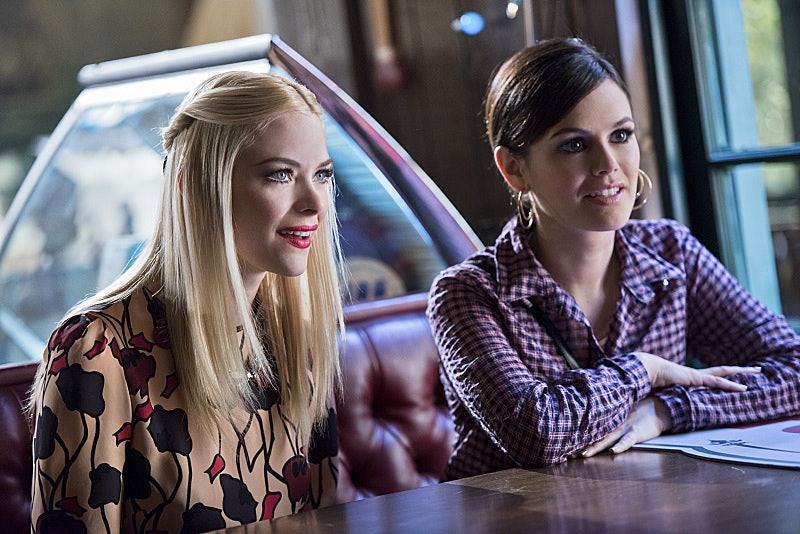 Is Hart of Dixie meeting your favorite 80's teen movie? It seems like it, in its own, Bluebellian way, of course. We've been hopelessly scouring the Internet for Hart of Dixie Season 4 spoilers to no avail other than some adorable Dixie cast photos from Scott Porter and Jaime King. But on Tuesday, Brandi Bradburn, Dixie's picture editor and sometimes director, revealed that production on Season 4 has reached Episode 8. (Which totally means that one of these potential Hart of Dixie Season 4 premiere dates has to be right. Right?) Bradburn posted an Instagram photo that revealed that Hart of Dixie Season 4's eighth episode title is "61 Candles." So that obviously means someone's having a birthday on Dixie Season 4 — but who?

First, let's take a moment to be thankful for the fact that Hart of Dixie is almost done filming Season 4, which means that its premiere date announcement has to be coming soon. (If not, The CW clearly wants us to suffer even more than we already are while we wait for Zade to reunite.) And now we can get back to Bradburn's spoiler because she's revealed quite a bit about "61 Candles," which she's also directing over the past week.

Self-explanatory, standard episode number and title. And here is an interesting location photo:

So, what's the deal with Dixie Season 4's eighth episode? Well, I can only think of one person on the series who could be celebrating a 61st birthday — IF, of course, the episode title is really a play on 16 Candles — and that's Brick Breeland. And, considering the fact that Laura Bell Bundy's Shelby will be in this episode according to Dixie actress Mallory Moye's Twitter photo from Sept. 9, it definitely seems possible that "61 Candles" will have something to do with Zoe's fellow doctor.

As for the second photo, I'd be willing to bet my Planksgiving costume on that being the new interior of Fancies. It's entirely possible that Lemon would reopen her restaurant with Brick's birthday celebration. Especially because it's odd to throw a big party for a 61st birthday. Sure, it'd be kind of late in the season for Lemon to get her business back, but that place practically burned to the ground in Season 3 — those repairs weren't going to happen quickly. We can also take into consideration the fact that Lemon had a Gatsby-themed welcome home party when thinking about whether or not this episode will pay homage to 16 Candles. It's definitely possible that Brick could have a 80's themed birthday bash, especially since he's clearly come out of his shell in Season 4.

So, I guess we should be on the lookout for an Instagram post of Scott Porter in his 80's best. Since the series' fans all know how telling his Dixie set photos can be.