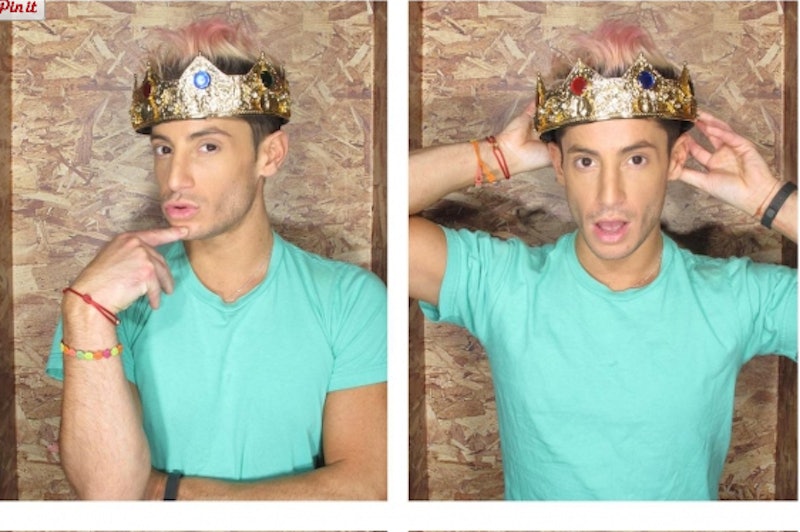 We've learned a lot of new terminology this season on Big Brother. One memorable phrase was Fruit Loop Dingus — though I'm still not entirely sure what that is — but we also learned the term "social media mogul," and then had to hear it about a million times. I've only heard the word "mogul" used seriously when I used to watched Celebrity Apprentice and Donald Trump would introduce some important person at a company by saying "They're a mogul. They want to be impressed. Impress them, Gary Busey." So when Big Brother 's resident social media mogul, Frankie Grande, started using the term to describe his career, I was immediately curious as to why he considers himself that, and what it actually is.

When Frankie decided to reveal that he was Ariana Grande's brother, it was a sigh of relief because listening to his Diary Room sessions about keeping his big secret was getting kind of old. So when he decided to really jump in with two feet and tell everyone that he actually has a huge fanbase outside of the house — over a million followers combined — naturally he needed a term to describe such an Internet status, enter "social media mogul."

What is a social media mogul?

According to an app called Status People, which can tell you how many "bots" — or fake Twitter profiles — follow you, Frankie's actual audience is only about 58 percent of that 900,000.

So it is obvious that Big Brother has added to Frankie's social media mogul-ness, as it has for other houseguests as well. And while I am not downplaying Frankie's fame via the Internet, you do have to wonder how many people follow him for him, or for his sister.