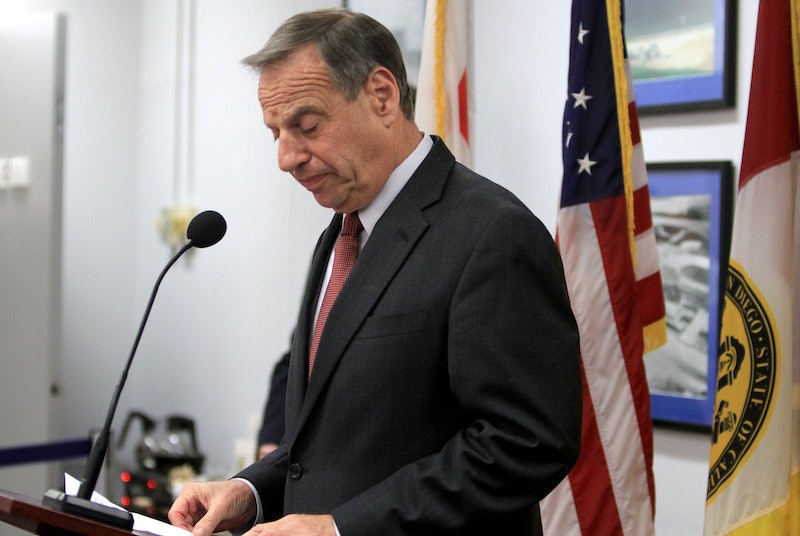 Reports Friday confirmed what many had already suspected after an aide caught Filner leaving his office carrying large boxes on Wednesday. The resignation was also expected after a letter was obtained by former U.S. District Judge J. Lawrence Irving, who mediated the talks Filner and his attorneys had with representatives from the city this week.

The talks concluded Wednesday, and the San Diego City Council is expected to consider the mediated deal at Friday at 1 p.m. PST.

But Filner isn't out of the woods yet. Since Gloria Allred, attorney for former Filner aide Irene McCormack Jackson, is not party to the deal, her lawsuit will proceed. Additionally, criminal investigations by both the San Diego Sheriff's Department and the FBI will continue.

Many have called for Filner's resignation since the first of his 18 accusers spoke out. The San Diego County Democratic Party formally asked him to step down on July 25, and the Democratic National Committee was slated to vote on a resolution this week. Some correctly guessed Filner's refusal to resign was less an attempt to maintain his office than it was a bargaining chip during negotiations with the city.

“I am personally offended by his actions and I firmly believe no employee should face a hostile environment or harassment at their place of employment,” DNC Chairwoman Debbie Wasserman Schultz previously said in a statement. “There is no place for this type of conduct in the workplace and certainly not in our city halls and public offices.”