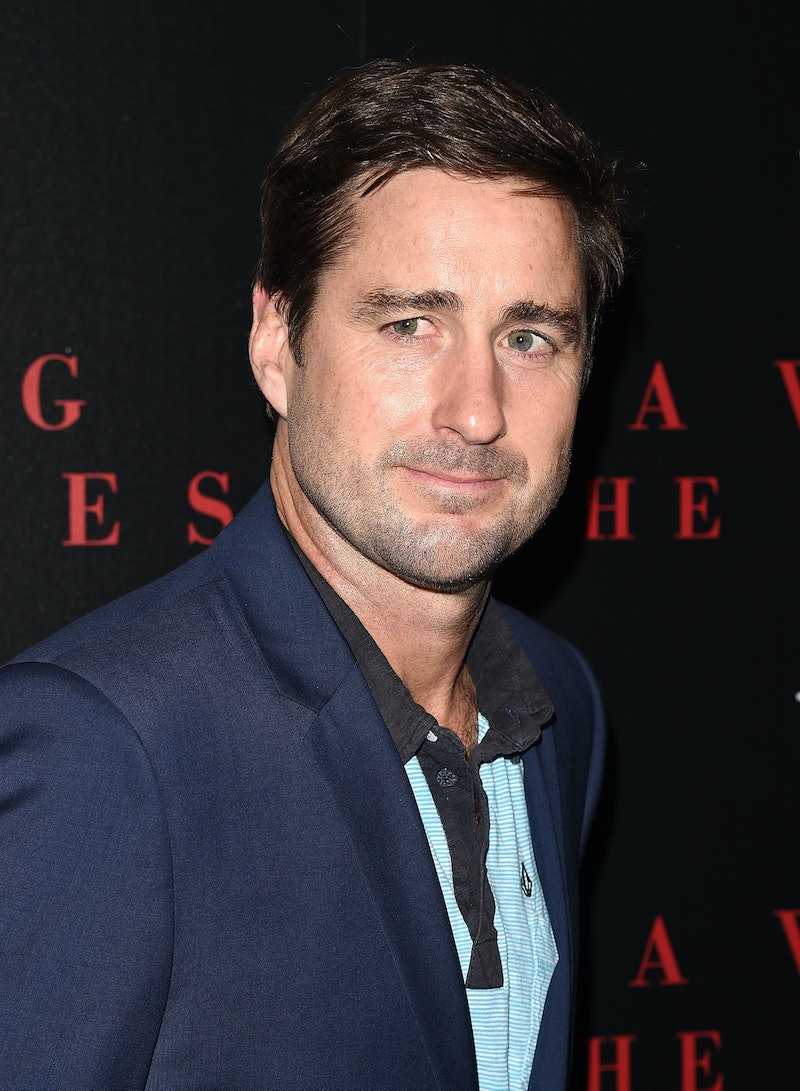 There's plenty of buzz surrounding the Sundance darling The Skeleton Twins , not only for Mark Heyman and Craig Johnson's sharp and touching screenplay, but the knockout performances from the film's stars — real-life pals and on-screen siblings — Bill Hader and Kristen Wiig. All of the praise is undeniably deserving, especially for Hader and Wiig who not only prove they are bona fide post- SNL stars, but dramatic powerhouses to boot. But there's one aspect of The Skeleton Twins that everyone should be talking about: Luke Wilson's nuanced, heartbreaking, and realistic performance.

In The Skeleton Twins, Wilson plays Wiig's dopey, but well-meaning and loving husband. While Wiig and Hader's characters Maggie and Milo are two complicated, depressed souls lost in their own misery and confusion about their place in this world, Wilson's Lance is an average Joe with a sunny disposition and can-do attitude. But Wilson does something quite spectacular with the role, especially one that could have been cartoonish or one-note in the wrong hands.

We never pity Lance for his sweet obliviousness, but we certainly have compassion for him. Lance is meant to be the "perfect" person — the polar opposite of the flawed Maggie — but he's still achingly human. He has annoying flaws and is nice almost to a fault, but he's also emotional and real when a raw nerve is exposed. The Skeleton Twins may be about the relationship between an estranged brother and sister at a tragic crossroads in their life, but at its core its about love and pain and ultimately forgiveness, and Wilson's Lance embodies that. It's a truly understated, but can't-miss performance.

Of course, this isn't the first time that Wilson has done a whole lot with a supporting role. Wilson — with those puppy dog eyes and that nice guy demeanor — has always been something of an undervalued asset throughout his career. The 43-year-old actor, who broke into Hollywood in 1996 with his brother Owen Wilson in the cult favorite Bottle Rocket, has always excelled as a supporting actor, whether it's an Wes Anderson gem (The Royal Tenenbaums) or a broad comedy (Old School).

But Wilson's place as second fiddle isn't a bad thing. In fact, far from. While Wilson has yet to carry a film on his own (that said, Idiocracy should have been a hit), he's a vital part of any ensemble he's in. While far too many actresses in Hollywood are relegated to playing the role of the significant other, Wilson is one of the few actors who gets those parts and elevates the material. Wilson has played the love interest in movies like Legally Blonde , The Family Stone, and Home Fries, but he never goes through the motions. He's delightful and fun to watch, but most importantly, he lets his leading ladies shine.

The best example of Wilson's ability to do just that was his work on the brilliant, but sadly short-lived drama Enlightened . As Laura Dern's charming, but unstable ex-husband, Wilson hit the sweet spot of being a fully-realized male character that orbits in a female-centric universe. You knew Wilson's recovering Levi wasn't necessarily right for Dern's crusading Amy (their relationship, while loving, was toxic and enabling) but you couldn't help but root for them to work it out somehow.

Levi was an unquestionably flawed guy with demons to work out, but Wilson made him someone you desperately wanted to be the good guy he is deep down inside. And you understood why Amy loved him, too. This scene knocked the air out of me when I first saw it, not just because it was so emotionally draining, but because Wilson and Dern created an on-again, off-again couple that hit the nail right on the head.

Wilson may not be a showy actor, but he plays to his strong suits. He's subtle and sweet and brings out the best in even the smallest of roles.

The Skeleton Twins is currently playing in limited release.