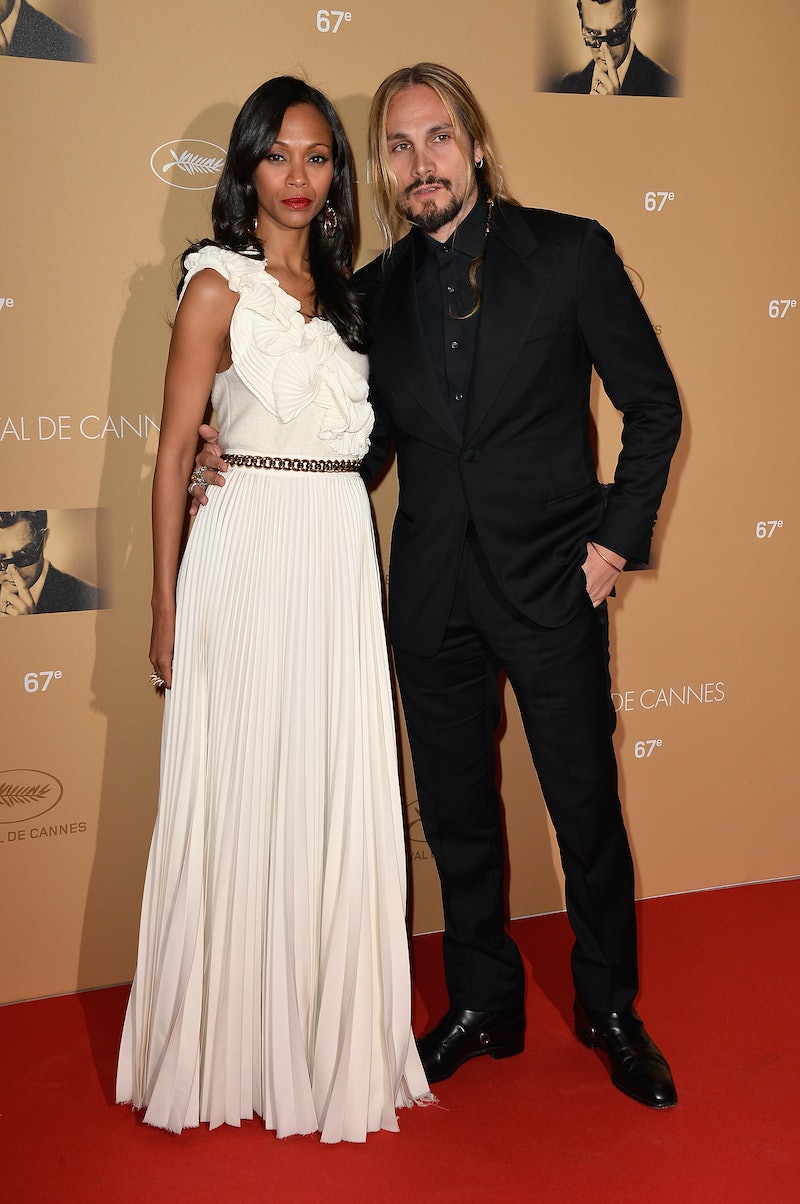 Even though Zoe Saldana only plays a fictitious, comic book-based alien with superhuman strength in Guardians of the Galaxy, I'm still not convinced she doesn't really have some extraordinary powers of her own — only the kind that aren't written in a script and brought to life by way of CGI technology. Aside from the fact that she's an awesome, accomplished actress, Saldana also has an admirable way with words, choosing to speak her mind on everything from racial and gender inequalities in Hollywood. Both Saldana's successful career and outspoken nature make it kind of difficult not to be intrigued her, and to want to know more about her on a personal level. For instance, how did Zoe Saldana meet Marco Perego, her Italian artist husband?

Salanda's marriage to Perego flew completely under the radar until three months after the fact, which is completely in line with Saldana's attempts to keep her personal life under wraps. But she was forced to set the record straight when people began speculating about how she and Perego came to be a couple.

Following their wedding, there was a little bit of confusion regarding the details of when the couple actually met, prompting Saldana to squash any suggestion that they they'd only known one another for a few months before exchanging "I dos." Saldana told The Hollywood Reporter that she'd known Perego for five years and by the time they met, she was already familiar with his work. "I met my partner when I was in really a beautiful place in my life," Saldana told Fashion magazine. "It was like I found all my answers with him not in him. I was finding my answers on my own."

As for where they met, according to Page Six, Perego and Saldana met in New York, Saldana's hometown. It's unclear how things went down exactly. Did they meet at a bar? Through mutual friends? They've kept that part under wraps.

After that fateful meeting though, the couple dated for a few months, then got married quickly when they wed in a secret ceremony in the summer of 2013. As Saldana explained to THR, "As soon as we decided we were going to get married, we didn't wait. We did it three weeks later." A few months later, Perego was seen sporting a tattoo of Saldana's face on his arm.

Shortly after they were married, news of Saldana's pregnancy leaked. The actress then addressed the rumors head-on with a tweet that read, "I would like to thank all the f--king media for invading our privacy." Fortunately, Saldana appears to have moved past that with a unique pregnancy confirmation of her own, and recently shared this adorable pole dancing video on Instagram.

Reportedly, Saldana and Perego are expecting twins. Meanwhile, there's still some time left until we learn whether the babies will inherit their mother's love of sci-fi or their father's knack for the arts.