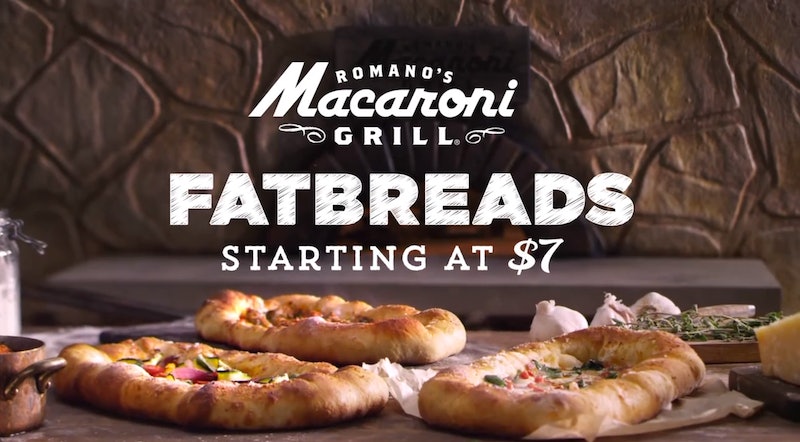 Before I begin, let me say Nicki Minaj’s use of Sir Mix-A-Lot’s “Baby Got Back” is untouchable. I will never say otherwise. As far as I'm concerned, summer 2014 belongs to "Anaconda." However, there is a parody of the ‘90s tribute to ample buttocks (Buttockses? Buttocksii?) that is truly remarkable. A parody of “Baby Got Back” that deserves our full attention. Said parody is featured in a Romano’s Macaroni Grill TV spot. “I Like Big Crusts,” which is set to the unmistakable tune of the Sir Mix-A-Lot hip-hop classic, is a song about flatbread pizzas. Excuse me. It’s about Fatbread pizzas. Romano’s Macaroni Grill sells Fatbreads, and the crusts are big. The crusts are big and Romano's Macaroni Grill cannot lie.