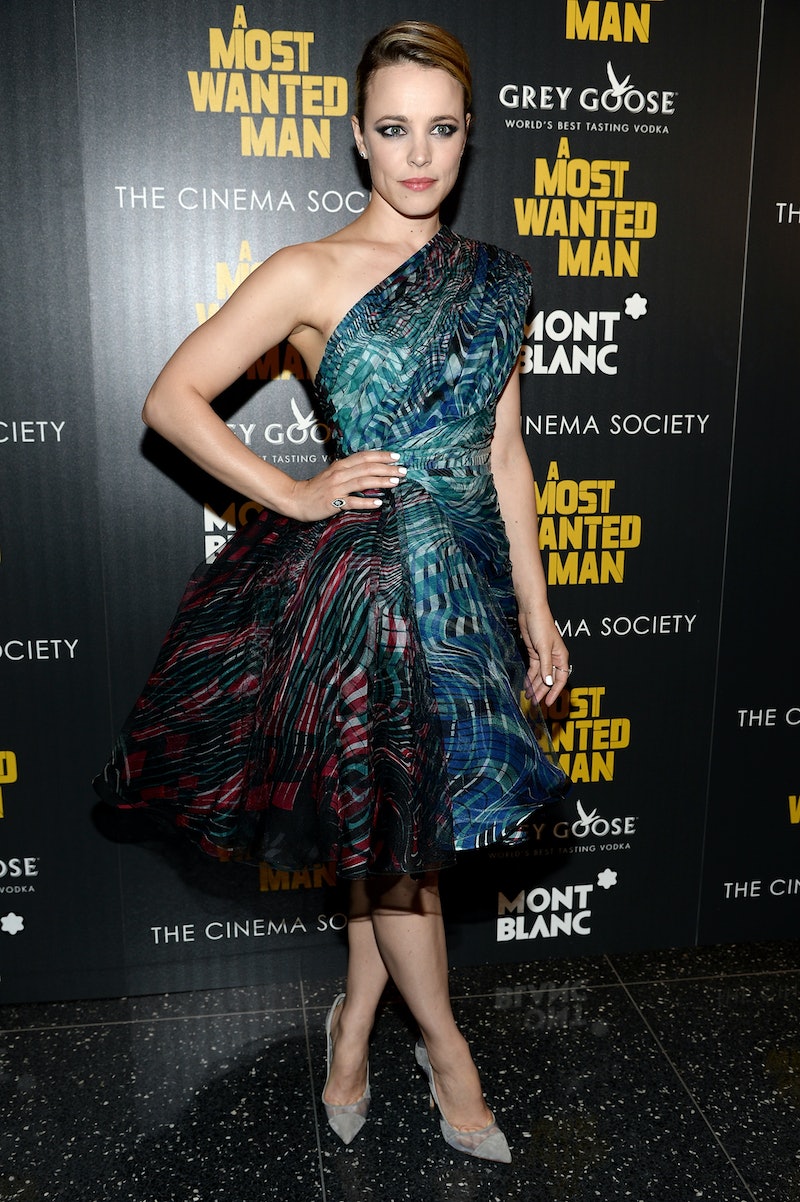 While I'm already fairly intrigued at the thought of Colin Farrell and Vince Vaughn headlining True Detective season 2 next year, there aren't enough words in the English language synonymous to overjoyed to describe how amazing I think Rachel McAdams starring in True Detective would be. McAdams has already proven herself to be a versatile actresses, weaving through roles in dramas and romantic comedies seamlessly, so to see her playing literally anyone in the HBO crime drama would be the best decision that show has made since casting Matthew McConaughey last year — after all, McConaughey made a pretty solid career of romantic comedies before True Detective too. So, it's a pretty good thing that McAdams on the show seems to be a real possibility: According to reports, Rachel McAdams is in talks for True Detective 's female lead role, which is apparently that of Ani Bezzerides: "a tough, no-nonsense Monterey sheriff" whose childhood and tough life growing up led to gambling and alcohol problems. Seriously, if she doesn't already have this job on lock, HBO needs to make that happen now.

Talk of McAdams nabbing a role in the show isn't anything new, meaning that this may actually happen: Like Vince Vaughn, her name has been rumored to be associated with the series recently, and given the positive reception, it doesn't seem unlikely that the rumors are true. Taylor Kitsch is also reportedly closing in on a final lead role in the series, as was rumored back in July.

Of course, the best option would be just giving the entire show to her, but I understand that's probably not going to happen. I can dream, though, right?