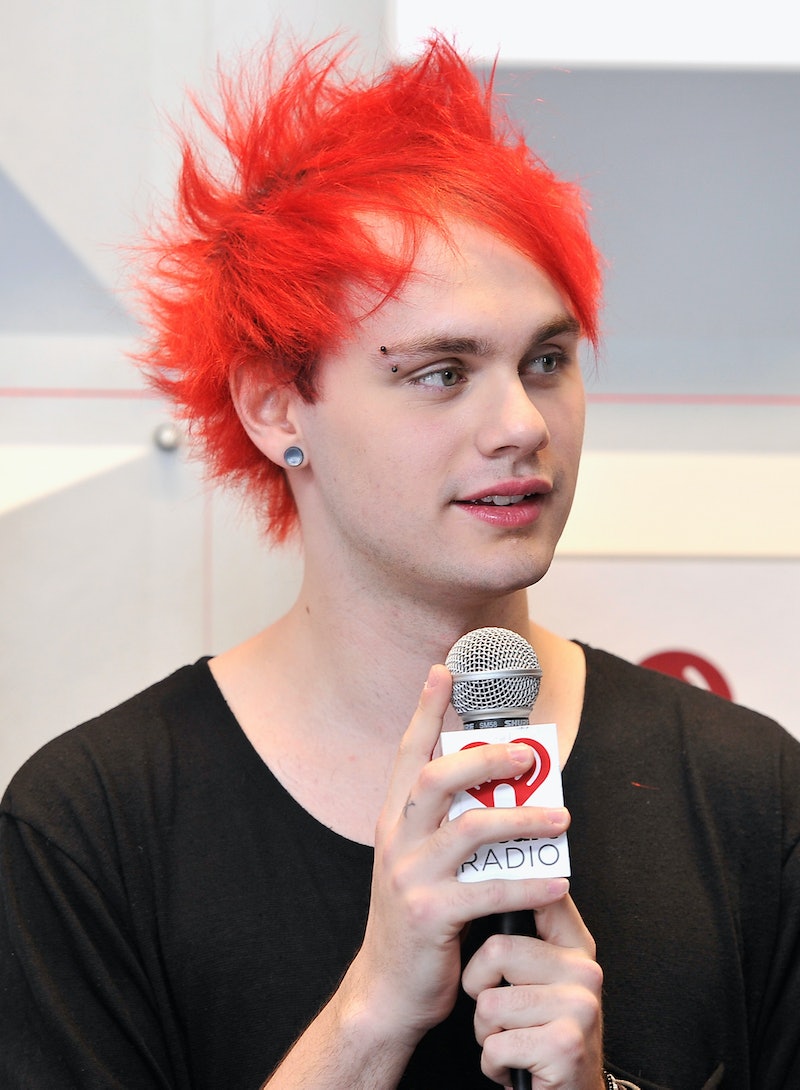 As long as 5 Seconds of Summer has been big, their fans have been absolutely obsessed with every single thing about them from their hit songs, to their social medias posts, to their personal styles, and of course, their love lives. Every fan has their favorite 5SOS member and wants to get the scoop on his personal life. Guitarist and vocalist Michael Clifford definitely stands out with his outrageous hairstyles, but do not let his crazy hair hues fool you into thinking he is some wild child. Is it possible that he may actually be the band member who is the most interested in settling down for love? Is Michael Clifford single? Is he dating? Is he content being alone? Is he playing the field? Is he looking for that special someone? Is he already locked down in a relationship? There are so many different ways of asking the same question, and we just want to find out some answers.

In reality, most of us will never get a chance to meet Clifford, but we can maintain one of those one-sided relationships with our favorite celeb. Is there are a girl who "looks so perfect standing there in his American Apparel underwear?" Apparently not, but this is where his head is at:

He has celebrity crushes

If Michael Clifford could make moves on any celebrities he would have to choose Ariana Grande or Chloe Grace Moretz. He wants to sing a duet with Grande and he already has Moretz's phone number, but they both seem to already be taken and I don't think Big Sean (ya know, if they actually are dating) would be OK with him reaching out. When asked about who he would post about for #MCM and #WCW, he chose Leonardo DiCaprio for his man crush and fellow 5SOS member Calum Hood for his woman crush — diverting from the question perhaps?

He is open to dating a fan

Celebrity crushes aside, Clifford is down for dating a 5SOS groupie. He has said, "I'd definitely date a fan, it would be like dating someone who likes your music." He's even talked about an obsessive superfan tactic saying, "We've heard stories from other people about them going into their hotel showers and a fan is already in there. But that hasn't happened. I reckon that could be funny actually." Be careful what you wish for, Mikey.

He is on the look out for a girlfriend

Michael Clifford is on the hunt for a girlfriend. He said, "I wouldn't mind a girlfriend..." before getting cut off by bandmate Luke Hemmings who corrected the statement saying "No, you WANT a girlfriend." A rock star who is actually interested in being with one woman? No way...