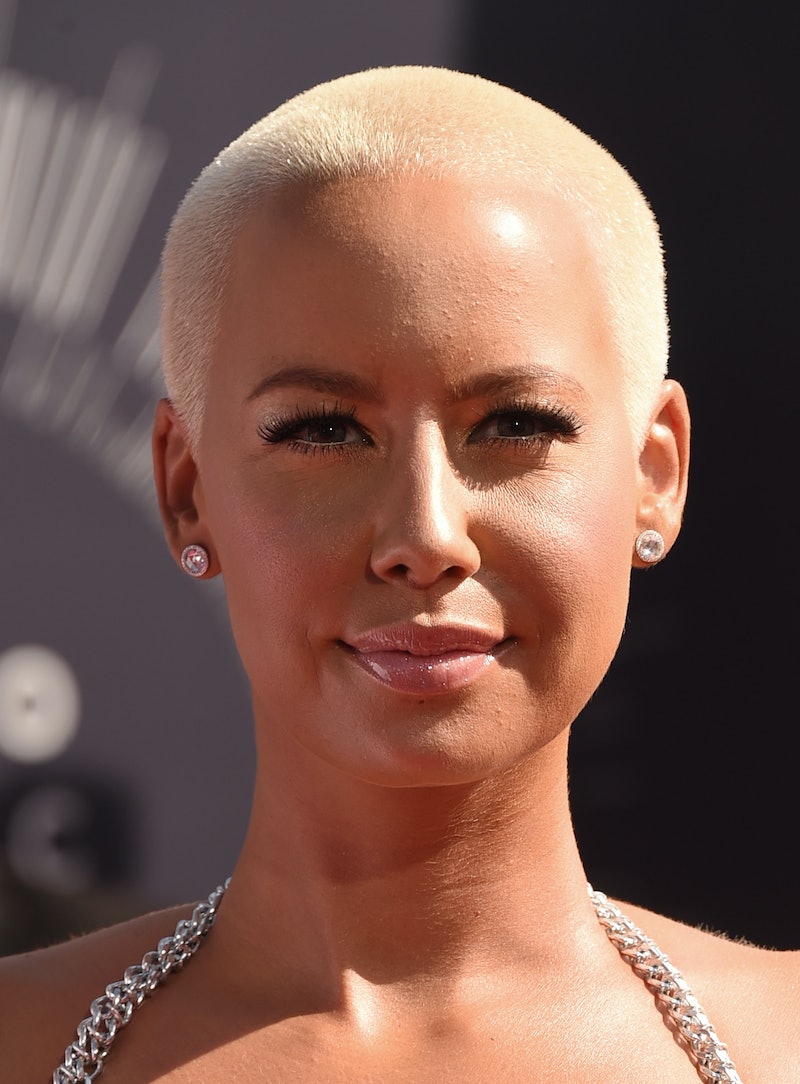 A week after Amber Rose filed for divorce from Wiz Khalifa, I'm still in a little bit of a shock over the dissolution of their relationship. Rose alleges Khalifa's cheating led to the split, but that still doesn't ease the complete and utter suckiness of divorce. Rose's outrage over Khalifa's apparent stance on husband sharing is understandable, especially since they appeared to be so compatible and loving towards one another—at least according to Amber and Wiz's happily ever after-filtered Instagram photos. I suppose that's one of the reasons no one knew the seemingly jovial couple was just a #1 album and a twerk away from going their separate ways. Thankfully, though Rose has a friend in Christina Milian, who's actually the perfect person to help Rose work through things.

Milian shared a photo of herself and Rose on Instagram and captioned it, "sending love to my bae @muvarosebud You are one Cool Fierce Ass Sexy Bitch! I can't wait to see what your future has in store! So thankful for your friendship and having a REAL Chick to call a friend. GIRL POWER! Get Ya Life Boo!! #Milf! xoxo." Way to show support, Christina!While it remains somewhat unclear whether Milian is dating Lil Wayne, there's no guessing about Milian's ability to recover from a public divorce to a musician that involves a child. In 2010, she went through a not-so-friendly divorce with producer singer The-Dream, and later spoke on wanting things to remain amicable with her ex-husband for the sake of the couple's daughter. That said, hopefully she can offer some advice to Rose or at least serve as an example that will help keep Rose and Khalifa's divorce from becoming any messier than it already appears to be.Check out Milian offering Rose some moral support below: