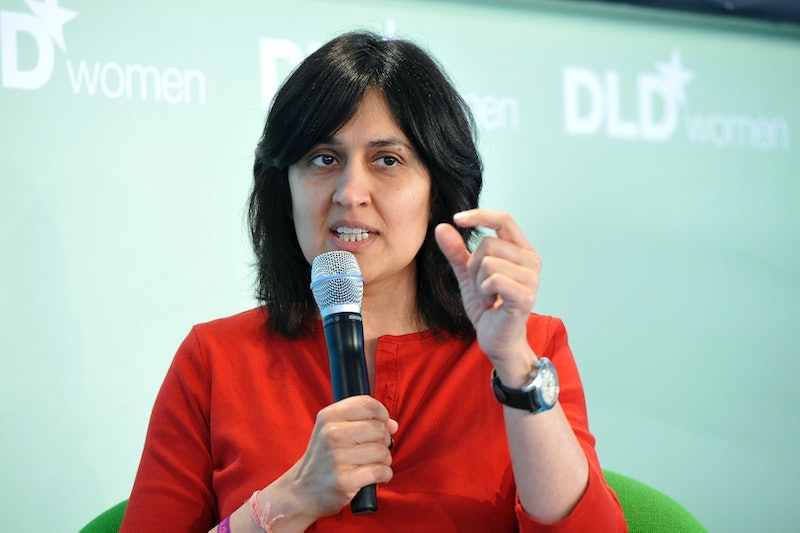 So here's some interesting news: it turns out that companies with women in senior management positions do better financially than companies dominated by men in the upper ranks. I know, I know. This is so surprising right? Because as everyone knows, the best way to foster innovation and creative problem-solving is to make sure to never have any diversity in life experiences or perspective. That's just good sense.

Plus women have fragile lady-brains that just aren't good for business, gosh darn it.

This new information comes from a report by Credit Suisse Research Institute entitled The CS Gender 3000: Women in Senior Management, and it's probably the biggest survey of its kind. The report analyzed the gender mix among almost 28,000 executive at 3,000 different companies in 40 countries and ultimately found that companies with women in high level positions — whether those women be on the board of directors or serving as company executives — performed better. Over all, having a more equitable gender mix meant "higher returns on equity, higher valuations, better stock performance and higher payouts of dividends."

"There's a very strong outperformance of companies that have women in management, particularly in operational roles," said Stefano Natella, Credit Suisse's global head of equity research. In fact, increasing the number of women in key positions from five percent to just 10 percent on average will lead to a 27 percent higher return on equity and a 42 percent higher ratio of dividend payouts.

Increasing the number of women in key positions from five percent to just 10 percent on average will lead to a 27 percent higher return on equity and a 42 percent higher ratio of dividend payouts.

And even though I am a former English major who really doesn't understand much about business, those certainly seem like good things to me!

Of course, this report isn't necessarily surprising. Pretty much every study conducted on gender in the world of business and finance has shown that having more women around is good for the bottom line. Companies with female CEOs have better stock market performance; hedge funds with more women in senior management fared better in the 2008 crash; and this is hardly the first study to point out that having more women often equals more success.

And then there's the fact that lots of companies don't even achieve gender equality in their lower ranks, that even when women do become CEOs, they're more likely to be fired, that the gender wage gap persists, that women who try to promote other women are seen as less competent, and that somehow, some people still think women are being "coddled."

So to all the haters out there, and to all the people who think things are just better the way they are, and to all the business-y types who feel uncomfortable with the idea of putting women in charge, listen closely: Women will make you more money. Hire us. Promote us. Listen to us. It's good for you.

More like this
34 Quotes That'll Inspire You On Juneteenth & Beyond
By Syeda Khaula Saad and Siena Gagliano
The 3 Dating Apps Queer Women & Nonbinary Folks Actually Like
By Emma Carey
Here's Your Daily Horoscope For June 24, 2022
By Mecca Woods
How To Fight For Reproductive Rights, Based On How Much Time You Have
By Courtney Young
Get Even More From Bustle — Sign Up For The Newsletter