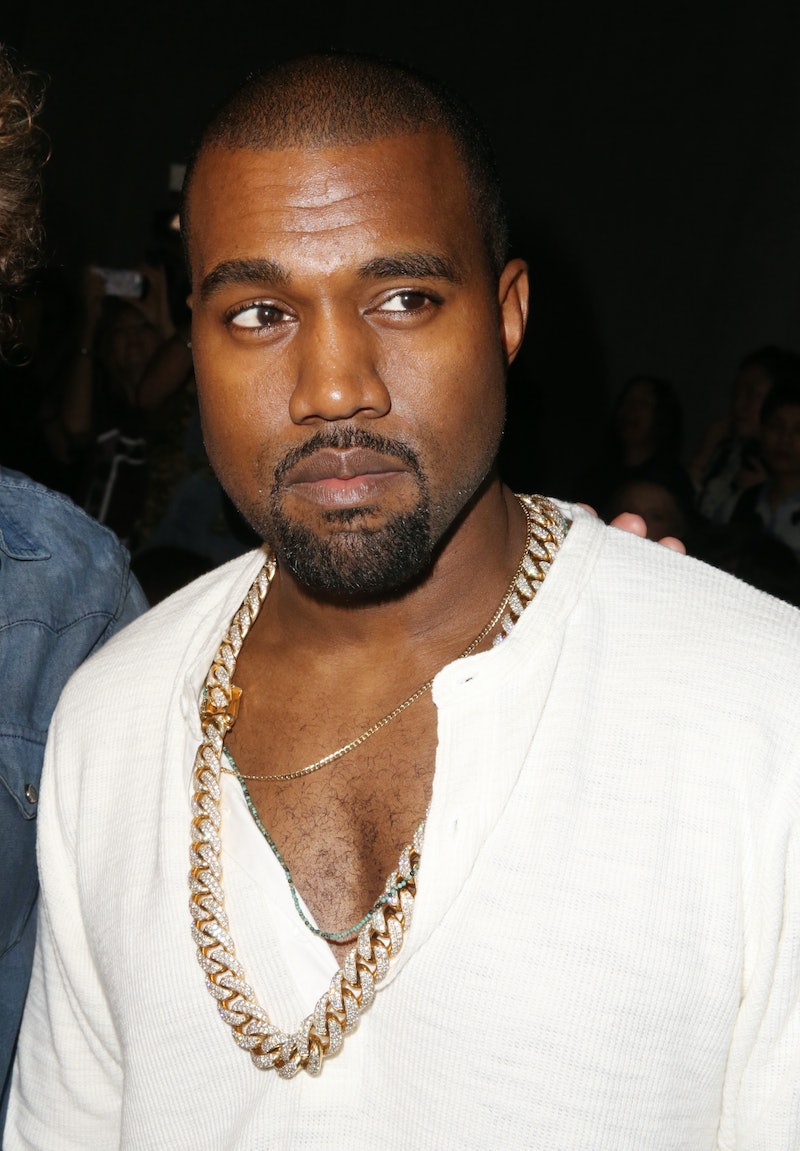 Let's start with the obvious: Kanye West doesn't have the greatest reputation. People believe he's egotistical and arrogant, and given that whole wheelchair incident at one of his recent concerts and his past Twitter rants written in ALL CAPS, I can see why people would think that. But over the weekend in New Orleans, Kanye proved us all wrong. Breaking news: He's a human being with a heart after all! Kanye West surprised a bachelorette party with a bottle of champagne and a photo opp. Sure, the Vegas trip you and your friends went on may have been a fun way to celebrate an upcoming wedding, and I'ma let you finish... But this is the best bachelorette party of all time.

Apparently the bride-to-be, Siobhan DePietro, was having her party with friends at Galatoire's in New Orleans, and the group spotted Kanye sitting nearby. Since they're big fans of the rapper, they wanted to send a bottle of wine over, but instead, Kanye was the one who treated them! One of the attendees, Jess Kingsbery, told E! News, "The waiter brought it over and said the champagne was compliments of Mr. West and his party. It was so crazy, we could not get over it."

Mr. West also posed for photos with everyone — and guess what? He actually smiled in some photos... with teeth! Kim Kardashian can barely get him to do that. See for yourself:

Oh, and speaking of Kanye's kindness, he also surprised his wife with a New Orleans treat. According to Kimstagram (Kim K's Instagram), he bought her beignets from Cafe Du Monde:

If you've ever visited the city, you know that they're the most delicious thing there. So bravo, Kanye! Please keep up this streak of good deeds.