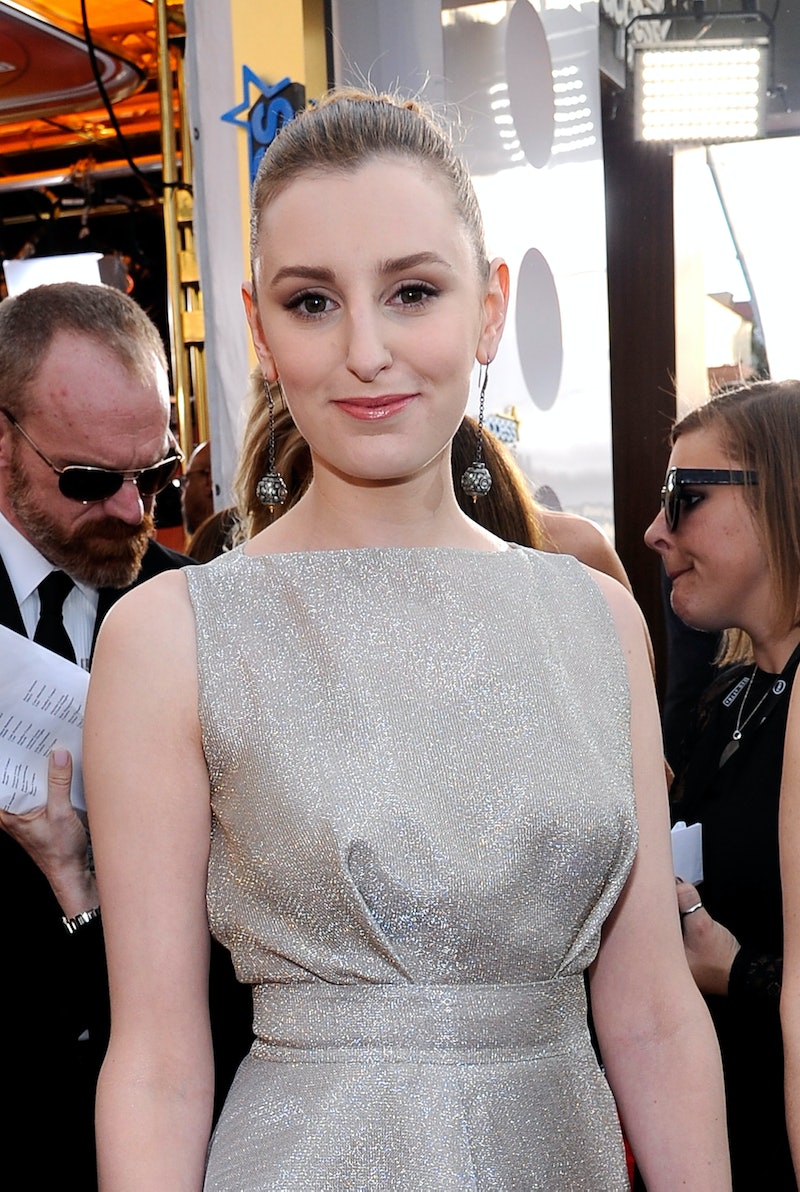 It's easy to say, "Edith Crawley" and then immediately think, "aw, poor girl." But we need to stop feeling sorry for this Crawley sister, even if she does suffer from an awful case of middle-child syndrome. While Mary can continue bringing all the boys to Downton Abbey's yard, Edith is slowly carving out a real life for herself in the ever changing world. Part of that is the fact that Edith has a secret baby with Michael Gregson, who's still completely MIA. Last season, she conveniently hid this baby down the road from Downton. It was an OK plan, but Edith forgot the fact that secrets at Downton never stay secrets for long. Sooner or later her new bundle of joy will be discovered, and likely when Downton Abbey returns for Season 5. What kind of affect with the baby have on the family? More importantly, how will patriarch Robert take the news?

The thing about Robert is that he either loves something, or he absolutely hates it and can't figure out why anyone would be in support of whatever inane thing they're suggesting. Remember when Sybil ran away with Branson? Robert almost popped out a litter of puppies, he was so angry. Remember when Mary wanted to get more involved with Downton? Robert was flabbergasted that she would fathom such a thing. While Robert is a kind and caring father, he's very much stuck in his old fashion ways. Now bring something like an illegitimate child into the picture — from a man who is still currently married (wherever he may be) — Robert will have an absolute cow. This means lots of yelling. Lots of stomping. Lots of awkward breakfasts. And lots of time spent alone in the library.

Cora, meanwhile, will freak out a bit, have a moment ofhesitation, and then gush about the new baby in the house. Cora's just that kind of person; she always sees the root of good in a person. Robert, meanwhile...

When the baby is finally introduced (which will probably happen early on in the season because even the best secrets are soon told at Downton) will it really alter the status quo of the house? Or, will it be just the right about of crazy to bring the family closer together? From the trailer for Downton Abbey Season 5, it appears that the theme of the new season is the changing times, and how everyone adapts. What better way to play into that theme than introducing a sudden baby for Downton? While not unheard of at the time, it was certainly frowned upon in aristocratic circles. This baby could easily be used as a catalyst for everyone's stories this season as they're forced to face what's on the horizon for them. Unexpected? Yes. A huge curve ball for the family? Most definitely. But will they learn to love the child because it's Edith's? Duh. Plus, I'll bet its introduction happens just like pulling off a bandaid — very fast and to the point. Edith's not one to mess around.

The promo pictures released for the new season — or, as you might know them, Downton Abbey: Water-Bottle-Gate — shows an image of Robert and Edith together. Could this be a little subtle clue that a new baby will bring these two closer together? Mary seems to be drifting further and further apart (so many beaus, so little time), and maybe Robert takes this time to reconnect with his second daughter. Or, at least he'll try to. The times, they are a changin' for Downton, and everyone's going to have to adapt eventually, even Robert. A baby just might be the perfect way to do it.

And for my friends across the pond who are already into the fifth season, and please stop posting spoilers on Tumblr. Some of us are going to wait until January.