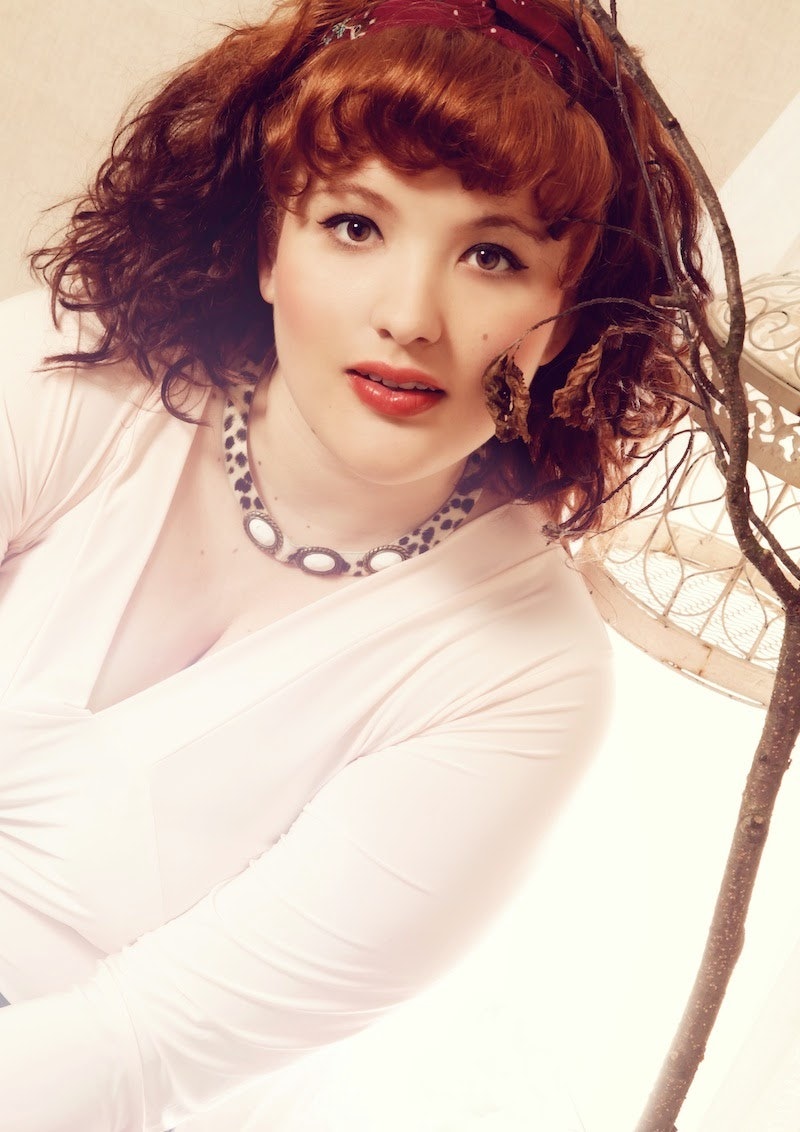 In the growing world of bloggers, campaigners, and activists, there are two phrases we hear repeatedly: body positivity and size inclusivity. I use each of these phrases at least once a day in my writing, blogging, and in face-to-face conversations. I listen as the men and women around me use them as well. I read articles and stories that revolve around them, and I pride myself in fundamentally believing in both. After all, these notions tie into my belief that, at its core, feminism is about inclusivity, acceptance, and equality for all women.

But what do they actually mean? What is size-inclusivity and is it something we can even discuss logically when it's still such a far-fetched construct? And body-pos? Is it about being positive about your own body or other people's or both? I cannot speak for everyone, because these are phrases we all perceive uniquely and which hold personal connotations for us all. But I can certainly speak for myself and my observations on both terms.

Last week, I wrote an article regarding my experiences as a plus-size woman wearing a low-rise bikini to the beach, and for the most part, the responses I have been receiving have been widely positive. People have commended me for being so pro-size-inclusivity and for trying to showcase that every body is a beach body. With the exception of a few — as is to be expected — Internet trolls, most people who have gotten in touch did so because they, too, believe that all men and women should feel free to wear what they so choose, regardless of size or shape.

But then there was this one comment. It wasn't aggressive or rude. Rather, it was just a person's qualm with the fact that my article appeared alongside an H&M advertisement of a straight-size woman modeling fall fashion trends. The person who contacted me asked what message I thought spoke louder: my article, or yet another advertisement of a skinny model. Initially, my defense mechanism kicked in, and I told her that, as a writer, I could only hope my words spoke louder than a sidebar advertisement. But then I asked myself: What was so wrong about that ad? Why can't a thin woman appear next to a plus-size woman without it somehow belittling whatever message the plus-size woman is trying to instill? And if she is trying to instill a body-positive message, what's so wrong about showing up next to a slender model, when the whole point of being size-inclusive is embracing all sizes?

Two years ago, one of my best friends and I decided to conduct a photo shoot that would seek to address all these questions. The 100-pound weight difference (no, that is not an exaggeration) between us was meant to highlight the need for more advertisements featuring women of varied shapes and sizes. Back then, I didn't know much about size-inclusivity as a term or a movement. I just knew that I never saw women of varied sizes mingling in the fashion industry, or at least, not in the places I was looking. I believed, of course, that there was beauty in all sizes, in all styles, in all women. But it always seemed like the media was telling me I was wrong.

When I immersed myself into plus-size blogging and writing, I encountered more like-minded people than I had ever found before. Men and women who truly believed that size acceptance needs to happen, and that the rampant fat phobia in our society needs to be combatted. But I also found people unaware of their own body snark toward thinner people. Catch phrases like "Real women have curves" permeated a lot of the fat-acceptance groups I followed, and I remember using it a few times myself.

I also said things like, "I'm so glad I don't have hips like a 12-year-old boy." These words are not size-inclusive. They stem from anger toward fat phobia, from a lack of acceptance toward plus-size men and women and from hearing things like, "Fat people are lazy, ugly cows who are going to die miserable deaths because they all have diabetes." But they're not size-inclusive, for they belittle and put down women who are naturally slim. Not to mention that the whole "Real women have curves" thing makes no sense. Curves are a natural part of the body; we jut in at some places and stick out at others, and that's not exactly something that disappears when you have a lower body weight.

So, anyway, I did this photo shoot with my friend, Courtney, and we got a lot of feedback. Some people were incredibly happy about it, and thanked us for creating our own little bubble of size-inclusivity. Others, however, felt that in order for size acceptance to become a fulfilled notion, thinner models and icons needed to dissipate altogether. Instead, we needed to see only plus-size women on the covers of magazines and on our televisions. It sounds silly when written out, doesn't it? Kind of like some dystopian tale by Margaret Atwood meant to signal our incredible intolerance as human beings. But in reality, the majority of the magazines and television programs we've had available to us for decades have featured predominantly thin people — a fact that has, undoubtedly, contributed to the stigma against us fatties.

Eradicating thin men and women from our television screens isn't going to solve anything, nor is it an act in body-positivity or size-inclusivity. What we need to see more of is an embracing of all sizes in all our media outlets. There are some pockets where this is already happening. Nicolette Mason's collection for ModCloth is available in sizes XS through 4XL, and the vast majority of ModCloth's advertisements feature straight-size models and plus-size models together. Katie Kozloff and her size-inclusive activewear line Katie K. is a brilliant admission of "health at every size" and a reminder that women of all sizes workout (whether they're an S or a 3XL). And Dear Kate's "Ada Collection" used real women (as opposed to professional models) of all sizes to model their lingerie. This is the sort of thing we need more of. If we believe in body-positivity, then we must believe in body-positivity as a notion that embraces the simple fact that all bodies are beautiful and worthy of positive attribution.

In conversations with some of the friends I hold near and dear, we've discussed that when we look at each other, we do not see a number. We're all varied sizes and weights and shapes and colors. As I said, one of my closest friends (not to mention my partner) weighs 100 pounds less than me, but another of my closest friends weighs 100 more. And it just doesn't matter. It really doesn't. People aren't black or white, and we don't come in a "one size fits all" package. That's the reality. Size-inclusivity, when it comes down to it, should be about replicating that reality everywhere else.