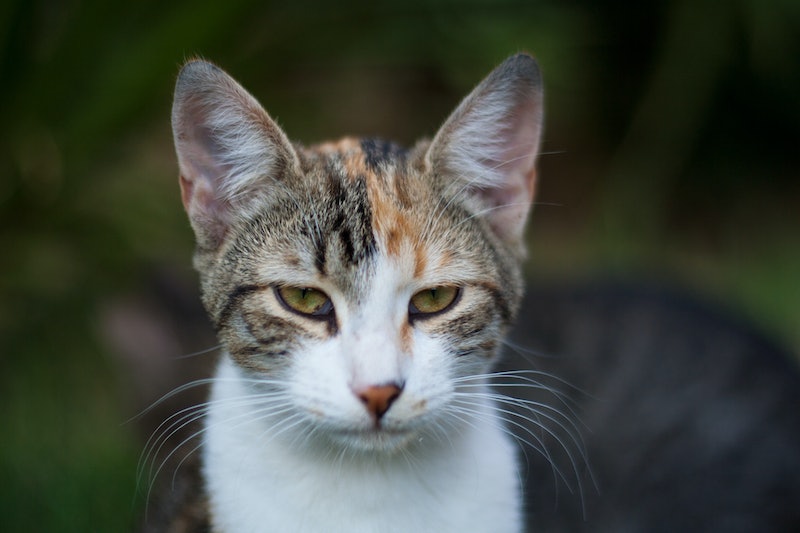 I don't hate animals. I feel like I need to preface this article with that before PETA's secret agents come and collect me in the dark of night. But I've noticed that while it's slowly becoming more acceptable for people not to be "baby" people, not being an animal person still comes with its own set of taboos. I notice that people seem to be unfairly planted on either side of the "animal loving" fence, and their logical conclusion to you not being wild about their parakeet is that if you don't love animals, you're secretly a serial killer. So I will take this opportunity to cautiously, carefully confess that I am not the biggest fan of animals.

That being said, I am capable of holding love in my heart for them. As I currently live at home, I am roommates with my parents' two Shih Tzus, and while the three of us are not the best of friends, we have come to certain agreements regarding personal space and loud barking (some of which they honor more often than others). But I can honestly say that when I move out of the house, I won't be in any rush to go out and get my own canine friend. It's just that we don't mesh. Believe me, I wish I weren't this way, because there are plenty of struggles non-animal people face every day:

You Never Know How To "Puppy Talk"

Everyone else on the planet seems to have mastered "puppy talking" the way most people innately know how to talk to babies, but I can't do it. I can't. I make eye contact with an animal and we both know in that defining moment that I'd be living a lie.

I'm down for two or three pictures. It's not like animals aren't cute. But any more than that and I promise you that even though I'm nodding and looking enthusiastic, I'm actually planning my wedding to Grant Gustin in my head.

Animals Know You're Not An Animal Person

Call me Hello Kitty, because any time I visit someone with a cat, they flock to me like I am the Patron Saint of Feline Topia. If I had a dollar for every time I've heard the words, "That's funny, she normally doesn't like people!" then I'd have enough money to pay for the wedding to Grant Gustin I was planning in my head.

I am not a squeamish person. I worked daycare in infant rooms for several years, for Pete's sake. And not to name any names, MOM, but for some reason animal lovers feel like they have free reign to discuss not only their animal's extrusions, but also their texture and regularity, and sometimes they'll even do it at the dinner table.

I'm sure he is! But he is still galloping toward me with the speed of a locomotive and also I have no idea who you or your dog are, ma'am, and now I have to make awkward polite conversation with you as he licks every exposed inch of my skin, paws at my running shorts, and gets to second base several weeks faster than any human person has.

Petting Zoos Are The Worst

A goat bit me once. Shut it down.

This has happened to me MORE than once. I see the word "bakery" and I will pull off the road no matter the circumstances, and there is no disappointment more crushing or confusing than pulling up to the storefront and seeing the words "DOG Bakery" on the door. BAKERIES ARE FOR HUMANS. THIS MADNESS HAS TO STOP.

Trying To Date People Who Are Animal People

A guy I dated once actually considered breaking up with me because I didn't like his cat. (In my defense, his cat also made it pretty clear that he didn't like me.)

You're Never In On The Neighborhood Gossip

You know how you meet your neighbors and get all the good dirt on who rear-ended whose Jetta and who showed up drunk to the Homeowner's Association meeting? DOG WALKING. And since all your pets are invisible you're never going to be a part of the neighborhood gossip elite.

When People Find Out You're Not An "Animal Person," They Make This Face

And Then They Try To "Fix" You

People Are Always Asking, "Wait, You're Not Even Allergic?"

On second thought, maybe this is a good lie to invest in. It makes you look significantly less like a Disney villain.

Halloween Costumes For Dogs Are Way Cuter Than Human Costumes

LOOK AT THE OPTIONS THAT THEY HAVE TO CHOOSE FROM. I can basically be sexy Rainbow Brite and destroy my entire childhood or become a paper bag ghost. This seems profoundly unfair.