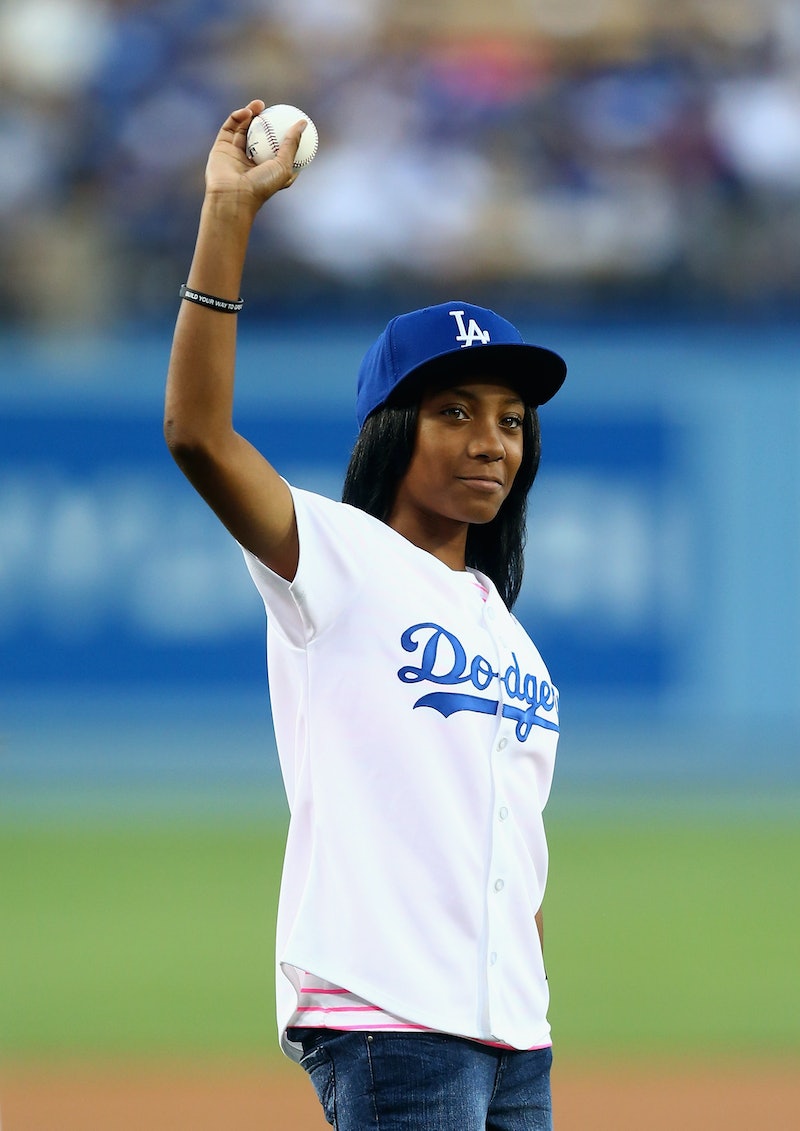 If you were looking for something to make you all mushy and sentimental today, look no further. Little League World Series sensation and all around awesome girl Mo'Ne Davis now stars in a Chevrolet commercial that's sure to bring a happy tear to your eye. This girl is the best!

The one-minute commercial features Davis narrating a letter to the United States of America, talking about what she says she'll remember as the "best summer of my young life." "I stand for girls who want to play sports with the boys, and to be a role model for people young and old," she says in the clip.

Now, I am always a little skeptical of anything that's trying to sell me something, and I honestly don't care that much about Chevrolet cars. I do care that we are letting Mo'Ne take center stage though, because seriously, Mo'Ne Davis is awesome. She's 13 years old and she can throw a 70 mile-per-hour fastball. This year she became not only the first female pitcher to win a Little League World Series game, but the first girl to pitch a Little League World Series shutout game as well. She was on the cover of Sports Illustrated . She has said some pretty awesome stuff. She wants to be the first woman in the Major Leagues, and she might actually manage it. Plus, she's even fended off bone-headed questions from Fox News, as if she needed more qualifications for awesomeness.

And did I mention she can pitch a 70 mile-per-hour fastball? Because she can, and it's awesome.

So if you want to see her throw that stellar fastball and just generally be a super person, check out this commercial.