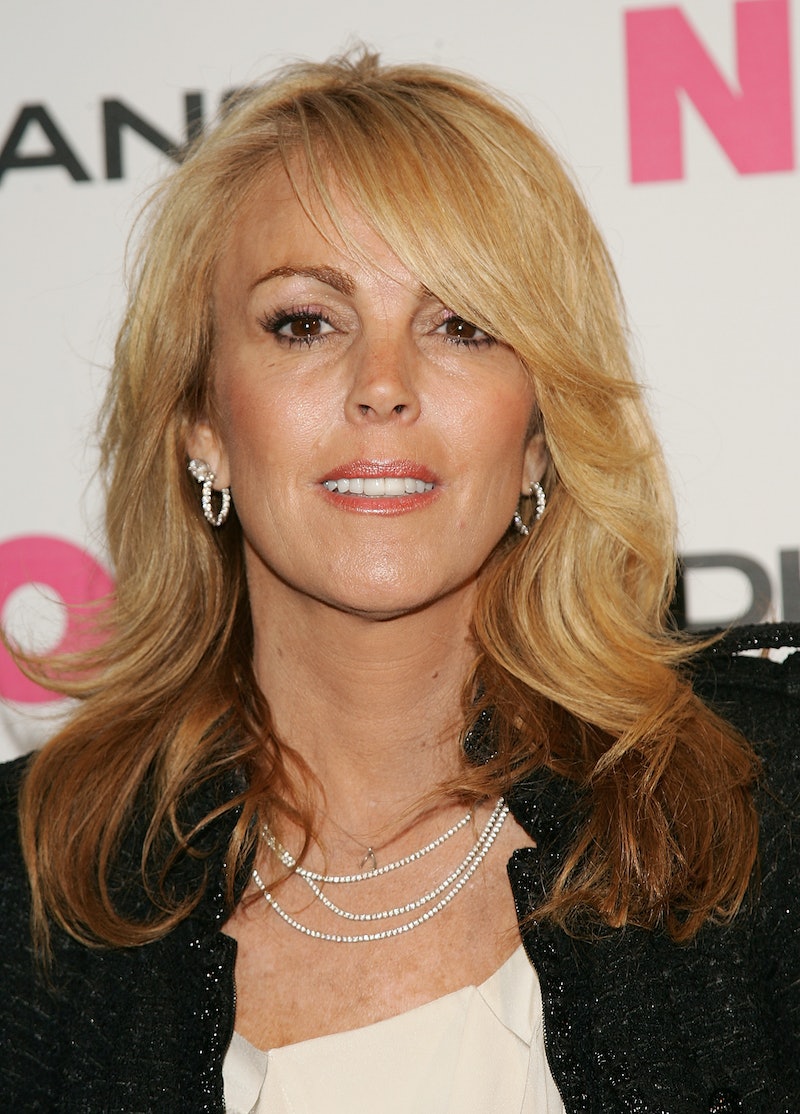 This next announcement might leave you feeling a wee bit unsettled, so brace yourself. TMZ reports that Dina Lohan will guest star on Millionaire Matchmaker's upcoming season. If a sense of sudden bewilderment has temporarily rendered your mind useless, allow me to put this into perspective: Lindsay Lohan sought the counsel of Oprah, and now her mother is going to a professional matchmaker. On reality TV. Yikes.

Honestly, considering the family's moth-to-a-flame-like attraction to drama, reality TV seems like the last place on Earth (or anywhere else in the universe) the 52-year-old momager belongs. It doesn't exactly bode well that Lohan was reportedly banned from Lindsay's show on OWN. Just a few months ago, Lohan pled guilty to a DWI charge, for which she was fined $3100 and sentenced to 100 hours of community service. Even though it's been over two years since Dina's tragic Dr. Phil interview, I still cannot manage to clear the residue of her extreme delusion from my memory. In the wake of this unfortunate series of events, it just doesn't feel like anything good will come from adding reality TV to the mix.

But let's not forget the other parties involved in this situation. Aside from Patti Stanger, who's a self-proclaimed expert when it comes to dealing with all types of personalities, there is still a matter of these anonymous strangers who will embark upon The Adventures of Dating Dina Lohan while TV cameras film the entire debacle. So far, all of the details are still quite blurry since it's a bit early in the game. It'll certainly be interesting to see exactly what kind of man Lohan attracts and how he'll react to trying to charm his way into her heart. Regardless of what happens, both the prospective dates and Stanger all have their work cut out for them.