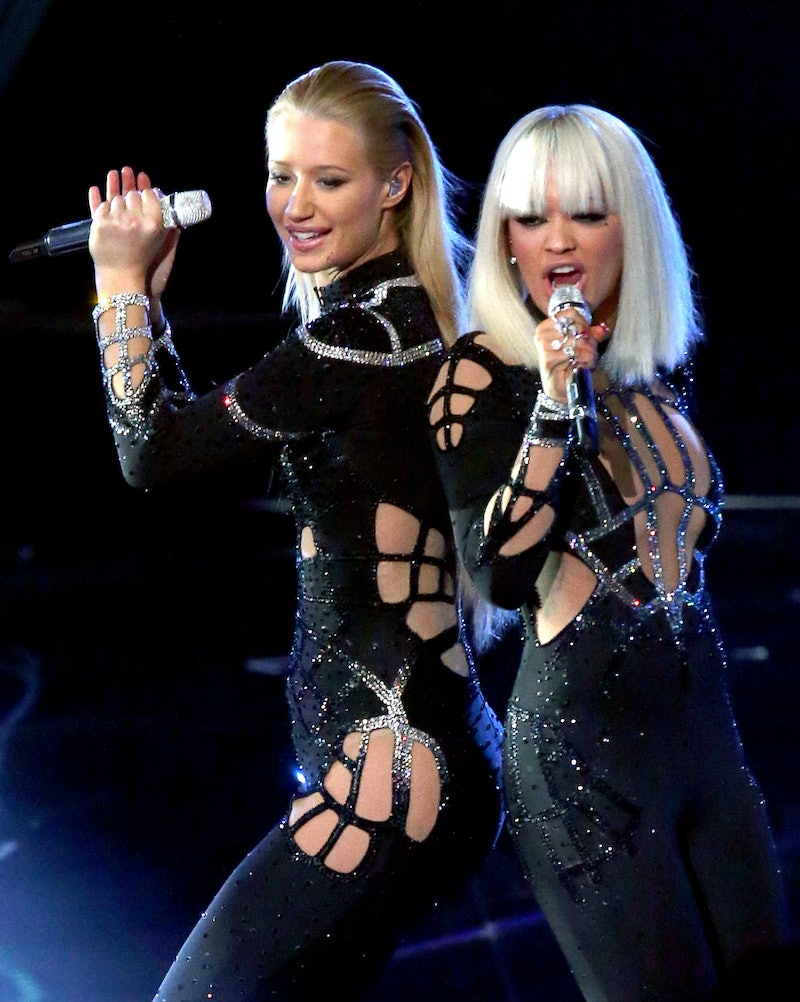 Some episodes of Saturday Night Live scream celebrity cameos — in addition to the celeb that is hosting that week. Example, Kristin Wiig showing up on SNL with host Bill Hader. Jim Carrey hosting SNL didn't scream celeb cameo to me, although I wasn't really surprised when his Dumb and Dumber To costar Jeff Daniels showed up in the "Carrey Family Reunion" sketch. Unfortunately, Daniels' cameo wasn't that funny, and wasn't the standout cameo of the night. Instead, the best cameo of the night was during musical guest Iggy Azalea's performance, when Rita Ora showed up to perform "Black Widow," and it was amazing.

It wasn't surprising when Iggy Azalea started singing the song that put her on the charts, "Fancy," the song of the summer. At first, I was a little worried about the performance. She was in a weird school yard, the back up dancers were very distracting, the dancing was like a bad Zumba class; it was the furthest thing from Clueless, and I was slightly disappointed. Then, the school yard gate opens — obviously — and Iggy disappears and Rita shows up. I don't know why the audience didn't act more surprised, because I was shocked and thrilled all in one. Cue Iggy's quick costume change, and the two performed their song "Black Widow" perfectly.

Remember when the two performed at the VMA's and it was everything you've ever wanted in life? It was dark, sexy, felt a little spooky? Well this was all of that, but better, because we didn't know it was going to happen. There is something to be said about the magic of a surprise cameo. I bet Katy Perry was even excited about it.