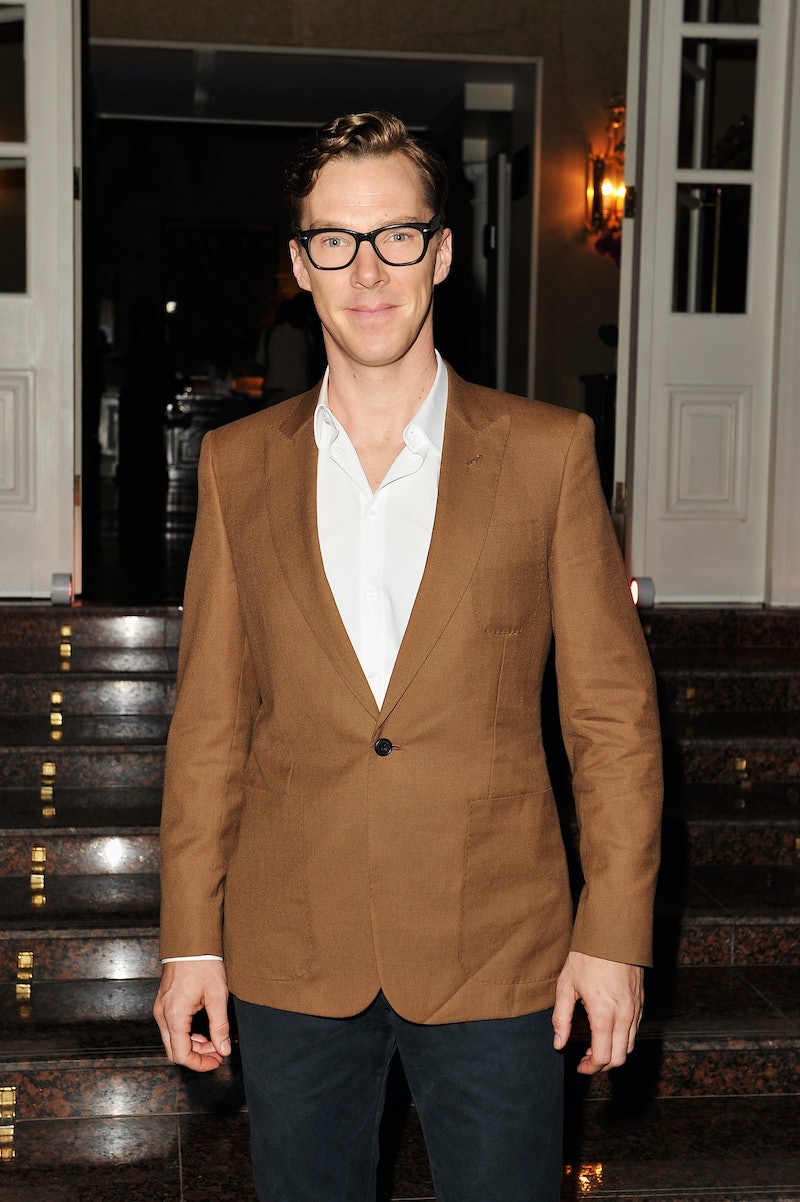 Do you hear that? That slight rumbling in the distance? No, it’s not T-Rex feeding time inside Jurassic Park. It’s the overwhelming buzz of Tumblr collectively losing its mind over the fact that Benedict Cumberbatch will likely play Marvel's Doctor Strange on the big screen in 2016. The Sherlock star, whose fame has risen meteorically over the past few years, has gone from quirky Brit to a household name around the globe. Along with his major box office draw, the man is a human meme-waiting-to-happen. He rules the big screen and the Internet with a tweed-covered fist! Benedict Cumberbatch as the next Doctor Strange is no small bit of Twitter fodder. It’s a veritable high holy day of the Internet.

His casting, though not the most typical choice for “comic book hero,” is a bankable choice. His immense fanbase along with his early Oscar buzz for The Imitation Game , and expertise in blockbusters a la The Hobbit : The Desolation of Smaug and Star Trek Into Darkness are the makings of a huge hit. Not to mention that Doctor Strange is a neurosurgeon who saves the planet from the threat of evil mystical powers — Cumberbatch’s persona of “immensely British” suits the role quite well.

Early casting rumors were linked to Joaquin Phoenix, Jared Leto, Ryan Gosling, Justin Theroux, Tom Hardy, and Keanu Reeves but it’s looking like every Comic Con-Goers dream is going to come true with Cumberbatch at the helm. If the deal does go through, Doctor Who may just end up being de-throned as the world’s most popular British doctor. However, that’s not the only downside to the casting. Let’s take a look at how Benedict Cumberbatch, though an exciting choice, could actually be a problem.

A clear lack of diversity

Cumberbatch, along with the list of actors considered for the role, were all white men. Aside from Reeves, who has Chinese and Portuguese ancestry. Looking at the long list of male Marvel stars is a bit like looking at the list of American presidents prior to 2008 — pale and (mostly) predictable. As delightful and popular as Cumberbatch is it would have been amazing to see a non-white actor, or , GASP, a woman play the role. How refreshing would it have been to not only have a woman play a comic book action hero, but also play one who is a scientist. Because y'know, there's that whole problem with women in science and technology happening right now.

But What About Sherlock?

When Cumberbatch was first considered for the role, his busy filming and theatre schedule conflicted with the initial proposed filming schedule. Though the shoot has since changed, it could change the desirable actor's ability to complete other projects. Fans already wait years between the all-too-short Sherlock seasons, why extend the pain?

There's something that happens to actors when they take on comic book roles. They're either tied to the role for years and years because of a franchise or series or they have a hard time breaking out of the typecast. How long did it take for Tobey Maguire to not be Spiderman? Cumberbatch is a gifted thespian and underrated comedian and there might not be room for that in the post Doctor Strange era of his career.

Too much of a good thing

I hate to say it, but Doctor Strange could be the tipping point of Cumber-overload. It could happen! At the very least, do we REALLY need another comic book movie? I mean come on!