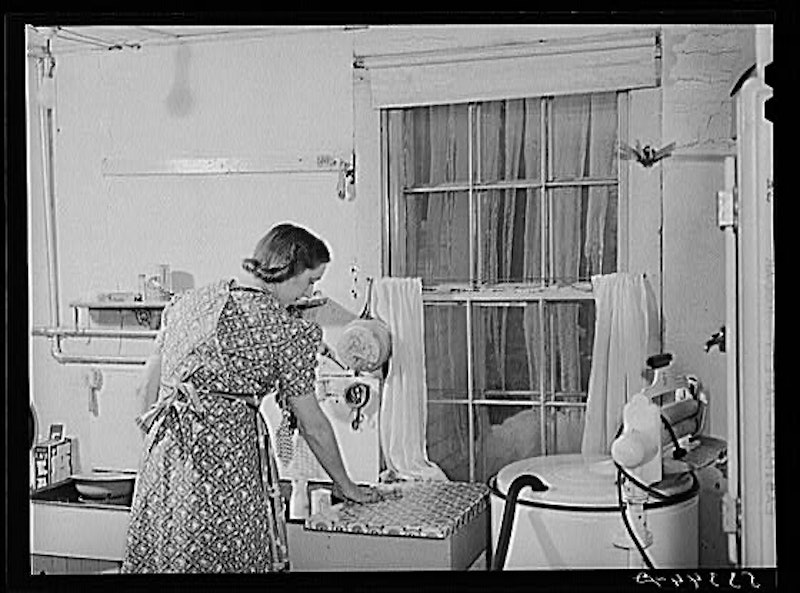 Kay Hymowitz's latest op-ed in Time magazine asks: "Do Women Really Want Equality?" A better title might be "Am I Blatantly Trolling?" Answer to both questions: Yes.

Hymowitz has made a career out of contrarian writing on sex, gender, and family issues (her latest book was called Manning Up: How the Rise of Women Is Turning Men Into Boys). Like many other conservative cultural writers, Hymowitz seems to like nothing more than finding a way to blame women for America's social ills. Of course, it's not all women who are culpable — it's that pesky type who's "proudly egalitarian," with her "Carrie Bradshaw lifestyle," "nonmarital childbearing" and "super bug of American individualism." Reading Hymowitz, you can't help but wonder how she even managed to type her articles amid all that pearl-clutching (maybe she dictates).

In her new Time piece, Hymowitz is ostensibly reacting to a new study showing male doctors significantly out-earn female counterparts, along with other recent gender disparity stories. The effect, however, is treading over the same old territory she has for years: That women bring wage and representation gaps upon themselves.

After decades of antidiscrimination laws, diversity initiatives and feminist advocacy, (the continued disparity) leads to an uncomfortable question: Do women actually want equality?

Her answer, of course, is no. Feminists and bureaucrats who advocate women's equal representation in public office, law, Hollywood, etc. misunderstand true female impulses, Hymowitz argues. There's nothing stopping more women from becoming CEOs, elected officials and blockbuster directors — we just don't want to. We'd rather not. We prefer staying home, presumably with children, maybe taking on a little part-time work here and there.

Equality-by-numbers advocates should be thinking about women’s progress in terms of what women show that they want, not what the spreadsheets say they should want.

Hyomwitz's conclusion reflects that tendency of some social conservatives to see the existing structure as a perfect mirror for human desire. Because woman are spending more time on diapers and laundry while earning less pay, that must be what we want.

This isn't new territory for Hymowitz. In 2012's "Plight of the Alpha Female," Hymowitz explains that "women remain scarce in the most elite positions" by choice. In 2011, she asked why women work fewer hours, choose less demanding jobs, and then earn less than men do and concludes: "Women prefer the mommy track."

I don't doubt that some mothers do find this optimal, just like some fathers might. But Hymowitz takes for granted any mother dropping out of the workforce, working part-time or choosing a less demanding career does so because it's optimal, and not just the best of bad alternatives. The status quo inherently justifies its own existence. It's bizarre logic, really.

When you live in a society that still assumes childcare to be primarily mom's responsibility, and bread-winning to be a dad's, you end up with a society where mom and dad assume these roles. When you start from a place where a lot of misogyny still runs rampant, women have a harder time achieving at high levels then men do. We can't take this as evidence that everyone prefers their lot in all this. Women's current lack of equality doesn't mean we "really want" it this way.