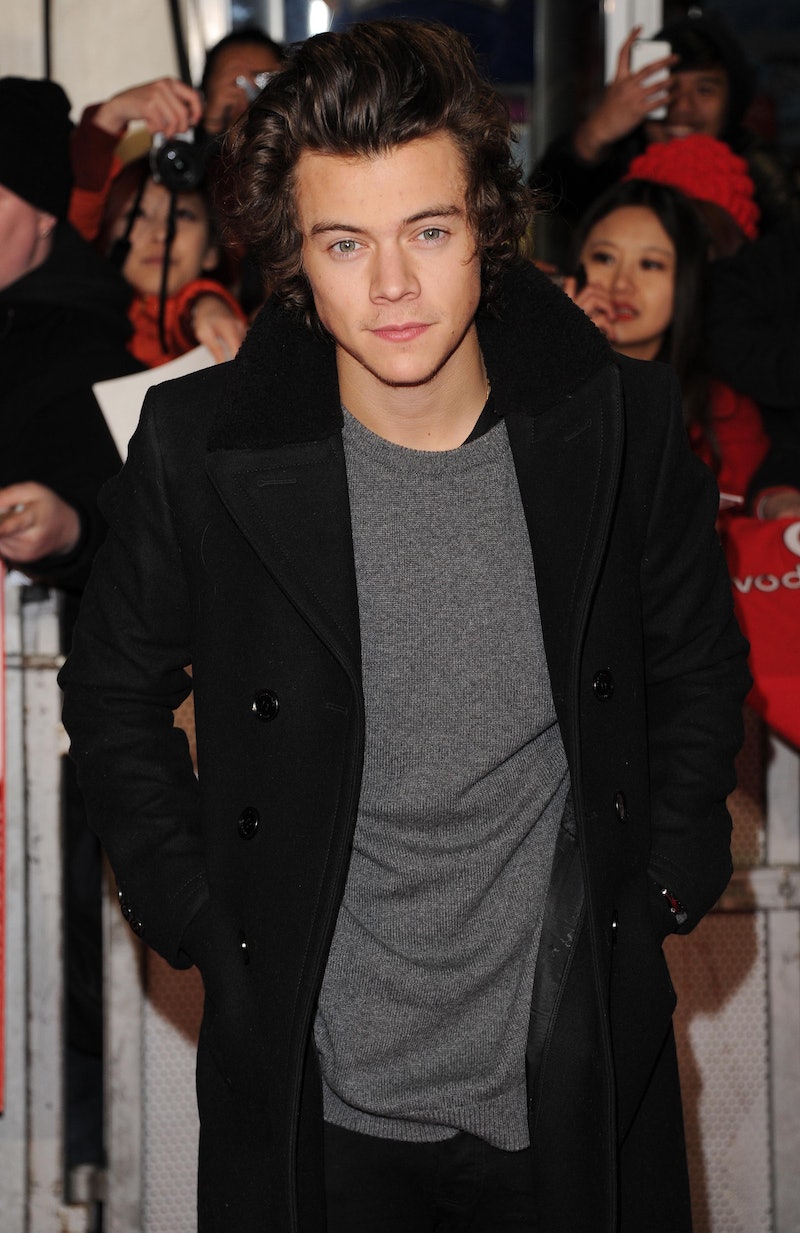 I didn't think it would happen this soon, but less than a week after the release of Taylor Swift's 1989 , the man who allegedly inspired the entire album has broken his silence. Yes, on Thursday, One Direction's Harry Styles reacted to 1989 , simply calling it, "very good." OMG. I CAN'T BELIEVE THAT THIS IS HAPPENING. He's right, of course — 1989 is very good — but there's just something so strange about hearing Styles say it! After all, if the rumors are true, he's basically giving himself a pat on the back.

"Good job, Harry!" I can imagine him whispering to his reflection as he twists his hair into a perfect bun in the bathroom mirror. "Your love is so incredible, so powerful, so unforgettable, it inspired one of pop music's biggest stars to write an entire album about it. Keep up the great work." He winks at himself before turning out the light and strutting out of the room. This is so weird. This is so amazing. This is so weird-mazing!

So, how did we get this info? It all started when some lucky fans spotted Styles riding around in the backseat of a car in London on Thursday night. In the video of the encounter, there is, as you might imagine, a lot of excited screaming. One fan asks Styles, "Have you heard 1989??" He smiles coyly before responding, "It's all very good." Unfortunately, there's far too much shrieking for anyone to hear him, so he repeats himself as his car begins to drive away, "Yeah, it's good, isn't it?" And just like that, he's gone. I must say, he looks rather pleased with himself.

(You gotta turn up the volume pretty loud in order to hear what Styles is saying, but trust me, it's all there.)

While the majority of the world has pretty much decided that, yes, 1989 is definitely about Styles, frustratingly, Swift refuses to talk openly about the album's inspiration in interviews. On Thursday, Ryan Seacrest asked the 24-year-old singer why she decided to name one of 1989's tracks, "Style" — and she completely dodged the question! She even looked a little perturbed before responding, "'Cause the hook is "We never go out of style," and I thought "We Never Go Out of Style" was a long title." Ohhh, so THAT'S how it's gonna be!

This is such an emotional roller coaster. Is 1989 really about Styles? Was he the love of Swift's life? Is he a better kisser than John Mayer? DID HE REALLY GET A BIRD POOP FACIAL THAT ONE TIME?? These are the questions that people are dying to know the answers to. Technically speaking, it's really none of our business (but it's normal to wonder given the hints Swift has dropped so far). Alas, I don't think we'll ever know the capital T truth of the situation. It seems as though Swift just really likes to keep people guessing.