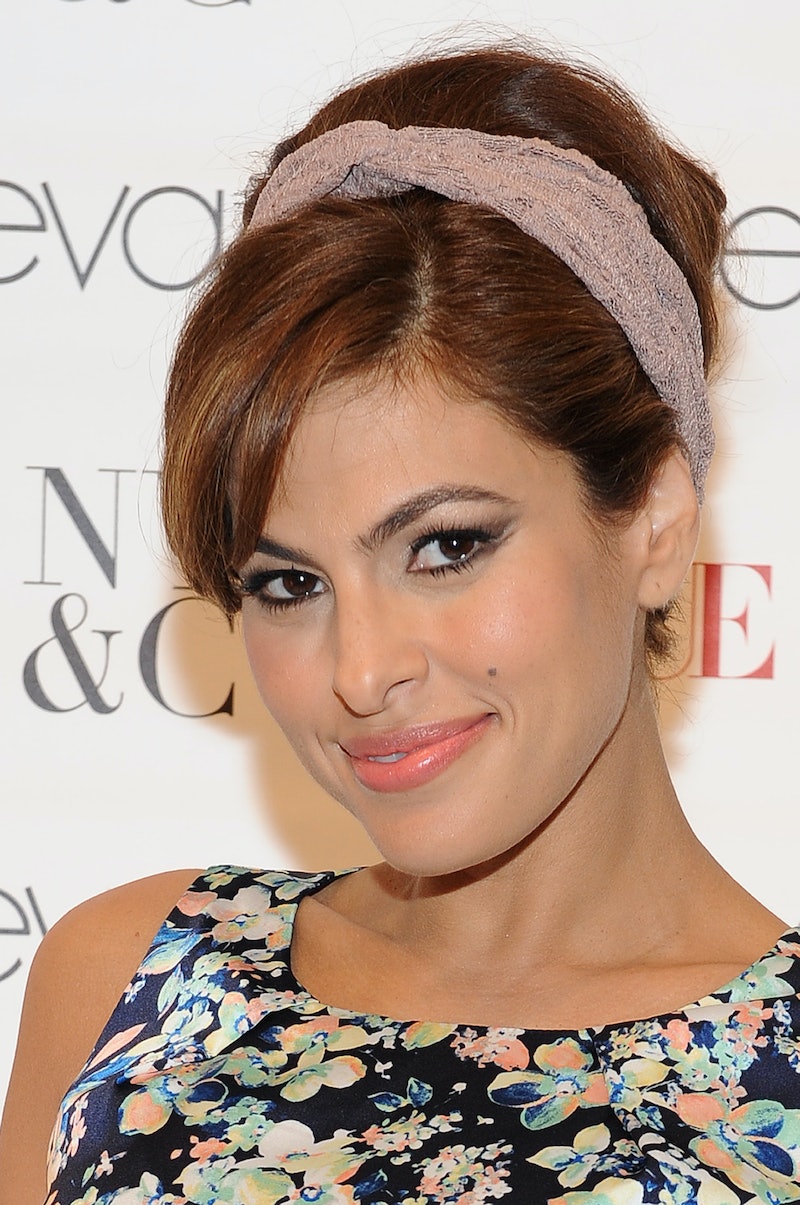 Celebrity weddings have dominated much of the latter part of our year. Brangelina, Lauren Conrad, Kimye, and the much-talked-about Clooney wedding has made Pinterest boards go aflutter with dream wedding inspiration. Aside from the talk of the weddings themselves, the dresses donned by brides and bridemaids have also been a topic of discussion. And now, Eva Mendes has created a bridesmaids collection already preparing us for next year's bridal season.

Mendes, who welcomed her new baby girl with Ryan Gosling in September, has joined with New York & Company for her latest collection filled with wedding bells bliss. According to InStyle, the bridesmaids collection will feature eight different dresses ranging in different colors and lengths and will be set at staggering low prices, starting at $79. The collaboration will also feature matching accessories including statement necklaces, bejeweled hairpieces and more, which will range from $22 to $42.

The actress-turned-fashion designer is joining the ranks with other celebs who are lending their skills to next year's bridal affairs. Sarah Jessica Parker recently announced her bridal shoe collection, which is oddly reminiscent of the first Sex and the City film. In August, Lauren Conrad, on the cusp of her much anticipated September wedding, released her own line of bridesmaids dresses, which she and a handful of her bridesmaids donned in an issue of Martha Stewart Weddings. Similarly to SJP and LC, this isn't the first time that Mendes has tried her hands at fashion; in August she launched a fall workwear collection with New York & Company featuring burgundy skirts, tops and statement jewelry.

The bridal collection is expected to go on sale in January 2015. Despite the anticipation for the lace and silk dresses featured in the line, others are anticipating/suspecting something else: is there a Mendes/Gosling wedding in the works?