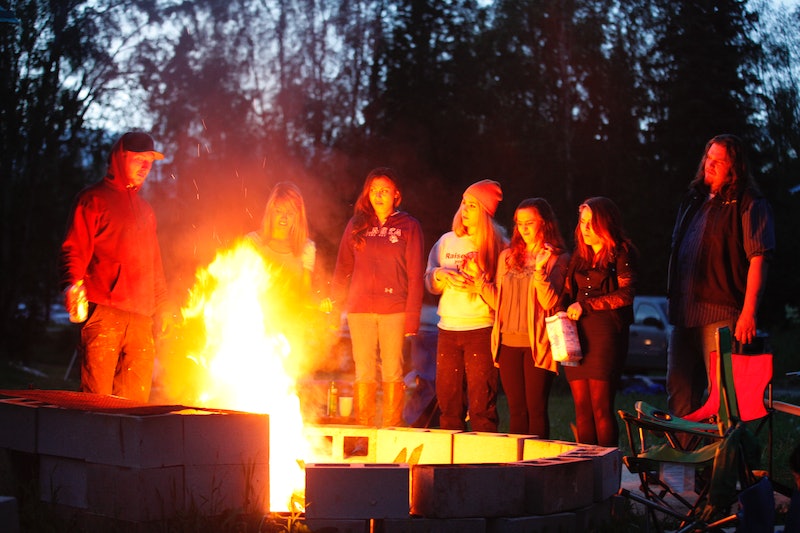 The Slednecks cast is full of big personalities and I never know who I'm going to be rooting for next. I thought I liked Trevor, but that changed quick. I probably wouldn't hate Amber in real life, but in the construct of the show she's starting to get to me. I never saw that coming! Absence did not make my heart grow fonder for Sierra or Big Mike. The horror I felt watching Kelly drink himself into a stupor is seared onto my memory for life. Samantha has a job and we actually see her at work, so I liked her a lot more after that discovery. I will never, ever, get over the fact that Tosca is going to Mortuary School and I loved that all the girls bonded over skeet shooting. Basically, we're now into the second week of MTV's Slednecks , and my loyalties are flying all over the place.

I think this show wants us to gawk at how different Alaska is. However, all I'm seeing are the similarities between these youths and small town life all over our country, including where I grew up. The Slednecks cast are adventurous, sloppy, and fun. And what's a show about Alaskans without a little friendly competition? I am going to pit these kids against each other in the court of my own opinion. Here's my ranking of these Alaskan wild children as of week two.

I thought Trevor was okay. Then he called Tosca the c-word. Downgraded!

I do not understand the pull that Zeke has on all of these girls, per se. It's kind of fascinating, per se. Sober, fine, he's an alright guy and he is very cute. He can even dance, kind of. But when that boy is drunk he is a hot mess, per se. (Nope, never letting him live that wasted Latin rambling down).

Amber is the most outgoing Sledneck and she knows it. I feel a little bit bad about ranking her so low, considering she was carried out of the last episode on a stretcher. However, I'm not a fan of how she picked a fight at her own party. Plus, maybe I'm a biased member of the lower forty-eight, but that fur bikini was a bit much. If I get scary Sarah Palin vibes from anyone, it's Amber.

I respect a girl who doesn't just throw out her ex-boyfriend's belongings; she explodes them. That was amazing. She's a loyal friend and I can't fault her for that. I just wish she'd get over Kelly. Who cares!

Mike seems great, but we haven't seen much of him in the past two episodes. Clearly, he puts up with a lot. So I'll throw him a bone.

I can't judge her too hard for hosting parties in the houses she cleans. I wonder what's going to happen if those families ever watch MTV. Samantha is also the only person who I've seen bring out a side in Zeke I don't despise. I loved watching them race around on that frozen lake.

Next to Jackie, Hali seems like the most normal girl in this wild bunch. She's supportive of Sierra's impulsive actions (and stands by for fire safety). She's also pretty straightforward with people. I may not agree with her taste in men, but she figured out pretty quick that Zeke was not the way to go.

So far, I've watched him play out the plot of Magic Mike and Footloose. What's not to love? He doesn't have it as easy as the other Slednecks but Dylan's spirit is never broken.

Tosca knows what she's about. I am partial to her because Tosca seems like the perfect reality show character who doesn't care that she's on a reality show. When she approached Trevor and said, "I just want to get this make up over with," it was so obvious that the whole scene was contrived. I had to laugh.

She goes along with the crazy, but doesn't necessarily participate in it. The angriest we've seen Jackie is when she learned that her roommates were hooking up. Listen, if my rent was in danger because of sexy times, I would be pissed too! Jackie may not be the boldest of the bunch, but in my opinion she is the show's MVP.