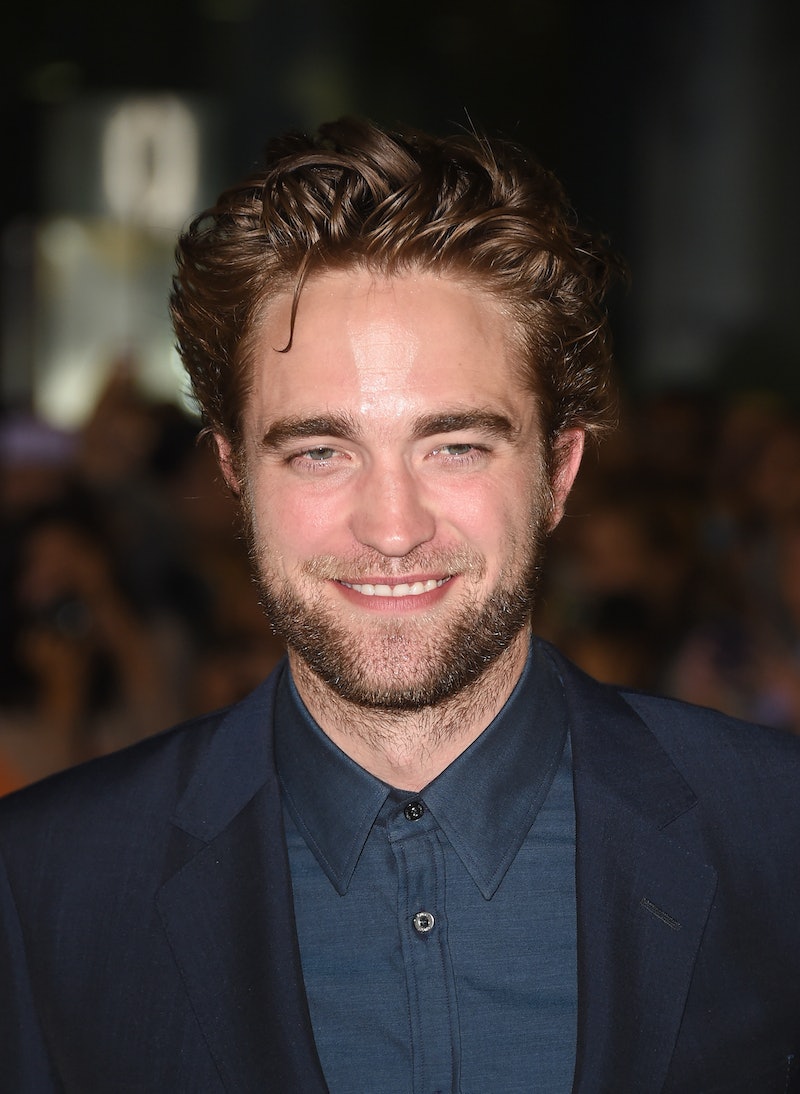 On a good day I'm agnostic, but there are certain events that lead me to think we live in a truly random, indifferent and godless world, and Robert Pattinson's annihilation of his once beautiful coif makes me reject any idea of a higher power. Pattinson recently stepped out with a shocking new 'do, causing not only the Twitterverse but also the media to respond with a resounding WTF?! And I'm right there with them. And because listening to Serial has made me a huge fan of conspiracy theories, my brain has already churned out a bevy of reasons that might, JUST MIGHT rationalize why Robert Pattinson cut his hair — AKA commit such an atrocity.

First up: Perhaps his beauty of an, apparent, girlfriend, FKA Twigs made him do it. Just how far could she push him? Maybe Pattinson's patchy undercut will be front and center in an upcoming music video. Her last one, "Video Girl," was uber strange and yet, it worked somehow. Maybe making Pattinson star in a new music video will make this haircut work somehow. Somehow... I wouldn't put it past her to have mastered the art of hypnosis and counted Pattinson among one of her first minions in her attempt to take over the world.

Dear god, don't look it straight in the eye.

What else? Perhaps Pattinson got his hands on some of the quaaludes that starred in The Wolf of Wall Street and he's on the precipice of going full Leo on us. OK, OK, probably not, but this haircut could make me question anyone's level of sobriety.

Perhaps the new cut is for an upcoming movie role? For the life of me I cannot think of what it could be, unless the back of his head is playing Guy Fieri, the mayor of Flavortown, but I don't know, man. Pattinson has done his fair share of weird films. Twilight aside, his oeuvre also includes such classics as Cosmopolis, where he sits in a car for like, two hours, en route to a haircut (coincidence?), and Little Ashes, in which he played Salvador Dalí. Part of me HOPES it's for a movie role, because I want to see this undercut in motion on a big screen. According to his IMDb page, Pattinson has three movies coming up, but two of them (Queen of the Desert and Life) are already in post-production, so that rules those out. And the third, The Childhood of a Leader which is listed as being in pre-production, is about the life of a post World War I ruler, and according to Variety was supposed to start shooting in November. Hey, this could be our answer!

Other theories: Perhaps he is making some kind of social statement on where landing strips are acceptable? Is he truly a feminist ally? This is a generous hypothesis. Maybe he just wants to come up in Google searches for "landing strip." Or! If we're gonna trust Occam's Razor, that the simplest answer in the correct one, maybe dude just lost a bet, and is trying to be a badass about it.

Maybe he honestly has no idea what the back of his head looks like and was just pranked by a bro. Naturally, he can't see what it looks like in a mirror because he is a vampire. Then there's also the idea that, maybe, Pattinson is just trolling us all. He's an anti-celebrity. He's all but shunned any fan of the Twilight saga, even though it made him millions. Quite the Bitter Betty.

I hope you can find comfort in my theories. But maybe we all just need to accept that some things in this life are forever mysteries, and we need to add Robert Pattinson's undercut to the list.