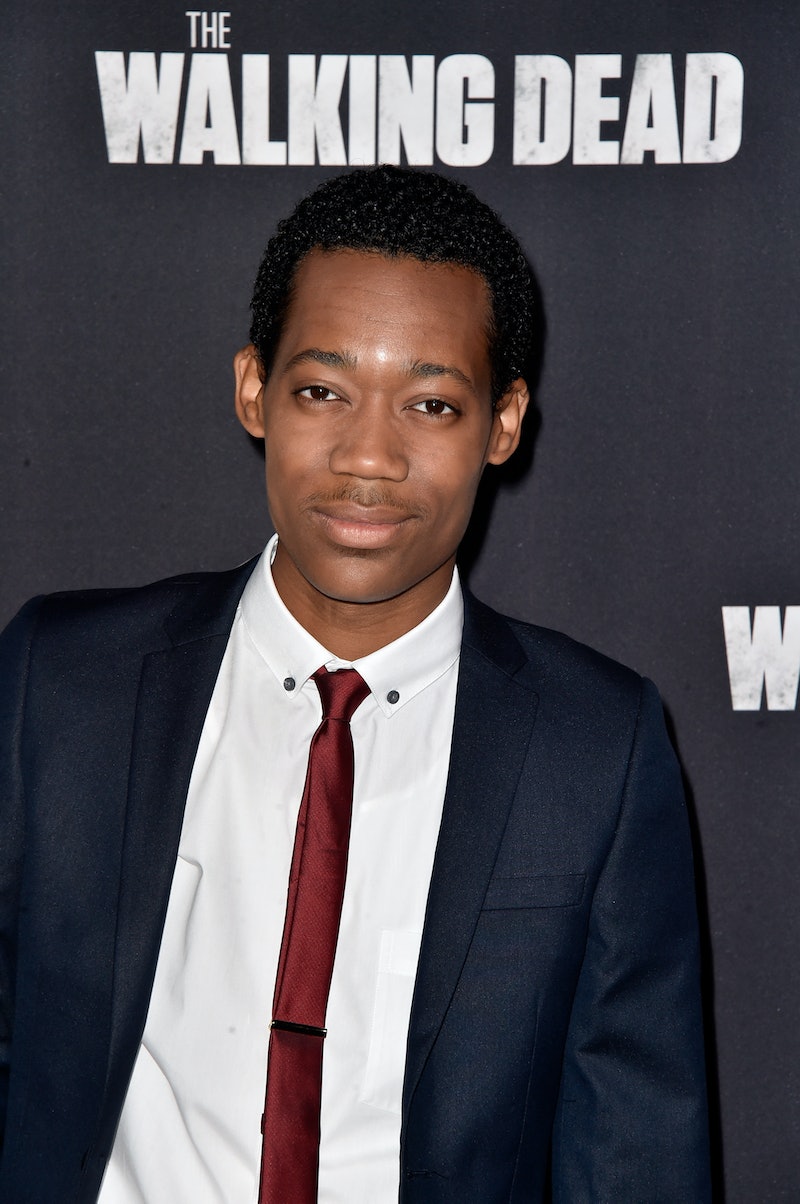 So far The Walking Dead's fifth season has been shaping up to be one of the best yet by introducing tight plot lines, and bringing in a slew of interesting, original characters. One of the best parts about the characters on TWD is that, as a viewer, you never really quite know where you stand thanks to the writers' slightly twisted (but much appreciated) desire to keep audiences on their toes at all times. Is so-and-so good? Are they evil? Are they going to casually knock some poor soul unconscious, cut off their leg, and then eat it for dinner while they watch? While it seems like Rick and co. are safe from any future Bob-B-Q's, one of TWD 's main new faces is Noah, and like everyone else who shows up out of the blue on the show, it's only right to be skeptical until he proves his worth. Is Noah trustworthy?

Episode six, "Consumed," gave Walking Dead watchers a few more hints as to how much faith the main crew of survivors should put in Noah, especially since "Slabtown" painted a few different pictures of him. On one hand he was a mild-mannered "orderly" at Grady Memorial Hospital where he was being held against his will with Beth by the brutal Officer Lerner, but on the other hand, he totally ditched Beth when it came time to escape so he could save himself. Um, rude.

In this week's episode, there was more back and forth. The first time we see Noah since "Slabtown," he's not only dressed in some sweet new threads (gotta love those zombie apocalypse sales at J.Crew), but also stealing Carol and Daryl's weapons, and forcing them to fight off the undead members of the World's Worst Camping Trip with only a few measly knives. Really, Noah? Anyone who tries to hurt my beloved Daryl deserves to have a bookcase fall on them while a walker is salivating only inches away.

While Noah is trapped under the conveniently fallen bookcase (because like I said - if you go after Daryl, karma will find you), there's a struggle between Carol and Daryl as to whether or not they should save Noah's life. While Carol is all for it, Daryl is like, "He stole my crossbow, he's dead to me, let's GTFO of here," which is smart. Luckily for Noah, Carol's argument wins out and he's saved, and to be honest, I'm happy about it. Noah acted an itty bit ruthless, but he was just trying to survive and escape the evil hospital staff, just like any of them would have.

There's something about Noah that seems really authentic, and I'd be super surprised if TWD revealed that he was a villain. We might not know everything about him yet, but I think his heart is in the right place and he'll fit right in with the rest of the survivors. I mean, as long as he doesn't screw anyone else over, of course (*insert shade-giving side eye emoji here*).