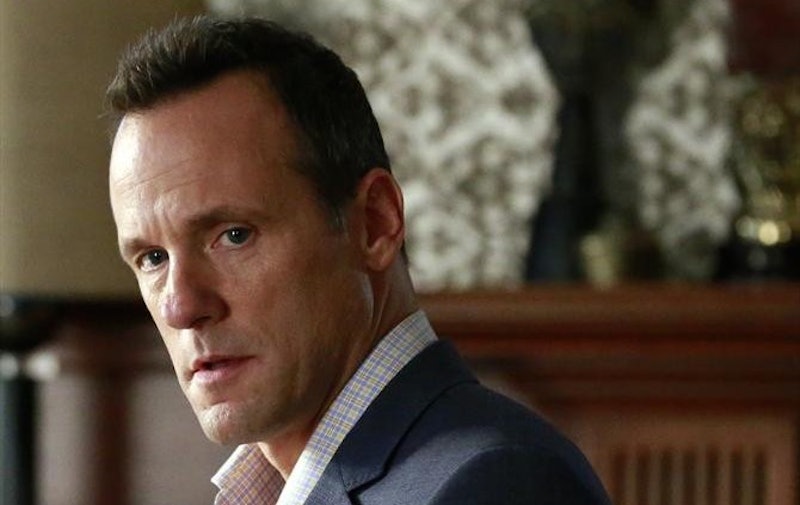 Another week, and we're still not much closer to answers on How To Get Away With Murder. At least the show finally caught up to Bonfire Night in the present timeline. But now that we're here, can we all agree that Sam killed Lila on How To Get Away With Murder? Nate and Rebecca sure seem to think so. I think Annalise has drawn that conclusion as well. However, I'm not convinced. The initial suspect in the pilot episode was Griffin O'Reilly, Lila's controlling boyfriend. What was it that Annalise Keating taught us in the pilot? "Discredit the witness. Introduce a new suspect. Bury the evidence." Is that not what this show has been doing? Rebecca, the alleged witness, has been discredited. Sam is the new suspect. The evidence is all over the place. Have these nine episodes been a metaphor for this concept, pulling the wool over our eyes with Sam's guilt. As Bonnie finally admitted, Sam is not a good man. However, I still trust that Sam Keating did not kill Lila Stangard.

I'm honestly starting to think that Lila Stangard killed herself, though it would be difficult for two autopsies to come to a strangulation conclusion when it was actually a hanging or something similar. Lila left the Keating's porch pretty distraught, and the way Bonnie dismissed her as if she didn't matter might have been just enough to push her over the figurative edge. (Never did I think a front porch could host so much drama that wasn't gossip or rocking-chair related.) One of the headlines claimed that her death could have been an accident — why are we ignoring that? Here's my evidence that Sam may have been an innocent man:

Lila was most likely pregnant with Sam's child, and he knew that the night she was murdered. I don't know his stance on fetus rights, but would he kill his own child? Especially if Sam and Annalise were having trouble conceiving. I've seen The Tudors. I know how this stuff goes down.

2. He sort of still has an alibi

While he wasn't at Yale or at home in Philadelphia that night, he sure had to have spent a lot of time driving. It would take about eight hours to drive from Philadelphia to New Haven and back. Less without traffic, but Sam would probably avoid the tolls on major highways (I'm assuming — the parking garage gave him away anyway). So if he was gone from 7 pm to 6 am, that's eleven hours and only about three spent in Philadelphia. I know the whole "I just wanted to talk to her" is the oldest story in the book, but is three hours really enough time to find Lila, murder her, and dispose of the body before getting back in the car and without being seen by anyone?

Speaking of being seen, Lila was killed on the roof of her sorority. Could Professor Sam Keating really have gotten up there without getting noticed by anybody? It had to have been someone their age, or at least someone who wouldn't turn heads. Rebecca specifically mentions walking past girls doing a Miley Cyrus routine when she came to meet Lila on the roof. She didn't want their friendship on blast, so if there was a secret way to the roof — we would have seen it by now.

Even if Sam did it, he would needed a conspirator. Sam clearly doesn't want to get caught, so there's no way he called the maintenance worker who ultimately found Lila's body. Whoever did that knew the body was there, so either they witnessed the murder or did the deed themselves.

Something happened to Lila right before she went looking for Annalise and found Bonnie. Something that may not have directly involved Sam. There's a scene missing. The last time we saw her with Rebecca, she was advised against exposing Sam to Annalise. They seemed pretty chill about it. The next time we saw Lila, she was hysterical and wearing different clothes. She stormed away from Bonnie and presumably to her death. What changed her mind? Was it something Sam said about her pregnancy? Or did someone else find out, and she was seeking Annalise and Sam's house for refuge? This missing bit from the timeline could be the key to Sam's innocence.

Remember the argument that these two had in the pilot? If Sam killed Lila and that's all this was about, why were Griffin and Rebecca panicking? They clearly aren't in love with each other, though they may be star-crossed in a sense. Maybe Griffin is a murderer. Maybe her death was an accident, and they were involved. Maybe Lila did take her own life, and they hid her body (and called the maintenance guy — do not forget him!) Furthermore, why is Griffin trying to pin this on Rebecca? If he truly knew about Lila's affair with "Mr. Darcy" and/or the pregnancy, why is this the first we're hearing about it?

More like this
Michael & Kathleen Peterson’s House From ‘The Staircase’ Has New Owners
By Kadin Burnett and Kayla Blanton
The True Story Of Candy Montgomery From Hulu’s True Crime Series
By Radhika Menon
What’s New On Netflix: A Victoria Justice Rom-Com & The Return Of David Letterman
By Arya Roshanian
Will Vampire In The Garden Get A Season 2? What To Know
By Kadin Burnett
Get Even More From Bustle — Sign Up For The Newsletter