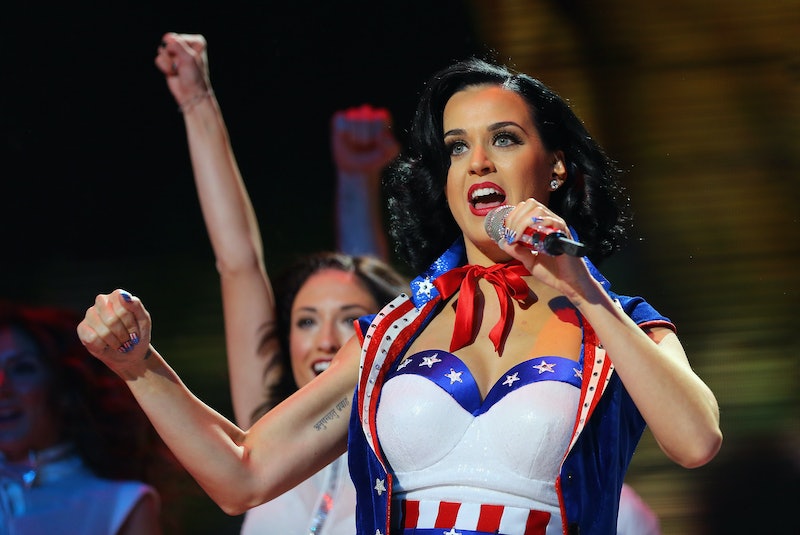 After some not-so-secret speculations in the last few weeks, it was finally announced that Katy Perry is indeed the headliner for the 2015 Super Bowl halftime show. And when you're performing for one of the most watched television events in the WORLD, you must bring out all the stops. Thankfully, Perry has never really ever been afraid of doing that. Based on her whacky appearance on ESPN's College GameDay, and her equally quirky/bizarre Pepsi teaser video for her halftime show, we can expect that her performance will be one of the most unique yet. We've already been slayed by Bruno Mars' perfect halftime show and Queen Beyoncé's performance in 2012. For me, what took Beyoncé's already amazing show over the edge was the reunion of the equally epic Destiny's Child.

Beyoncé bringing out Destiny's Child literally nearly caused a black out, so could Perry cause a similar hysteria with some equally amazing guest stars? I have a feeling Perry doesn't really need anyone to share her spotlight (neither did Beyoncé), but, with all of the pretty rad collaborations she's had throughout the years, I made a wish list of some artists I'd love to see her perform with on this epic occasion.

Although it hasn't really been officially confirmed by either of the camps, Perry and Diplo have, at the very least, spent a lot of quality time together this year. Diplo is fresh off a Madonna collab and is one of the hottest producers out there, so I like to think that he could produce a track for his boo to premiere at the halftime show. She's already wandered into the realm of rap music with Juicy J and the hit, "Dark Horse," so something equally booty bumping will be perfect. They can also maybe confirm their ~romance~ on stage in a moment comparable to Beyoncé's dramatic pregnancy announcement.

Kanye West and Perry collaborated on their hit "E.T." and won a best collaboration VMA for the song back in 2011. Love him or hate him, West is arguably one of the most recognized and talked about entertainers — with the talent to match. Yeah, Kanye can run off into some rambling tangents on stage, but his dark artistry could be a great offset to Perry's bubbly persona. Hey, it's worked before.

Do we need a reason to bring Snoop Dogg on stage at the Super Bowl? No. He is a notorious football fanatic, so he can plan some NFL-inspired connection to play along with "California Gurls." Or he can just go onstage and be Snoop Dogg. That works.

One of my favorite pairs of pop star BFFs, both of these ladies are fine, fresh, and fierce. (Sorry, I had to.) The pop world has been suffering a Rihanna drought as we eagerly await her eighth album, which she continues to tease and hint at without any further confirmation. Back in January, Perry told Ryan Seacrest that her and Rihanna have been talking about a collaboration for years, and that they "will definitely get around to it." I think premiering a song with two of the biggest pop stars on the planet on the largest televised stage sounds like a HIT to me.