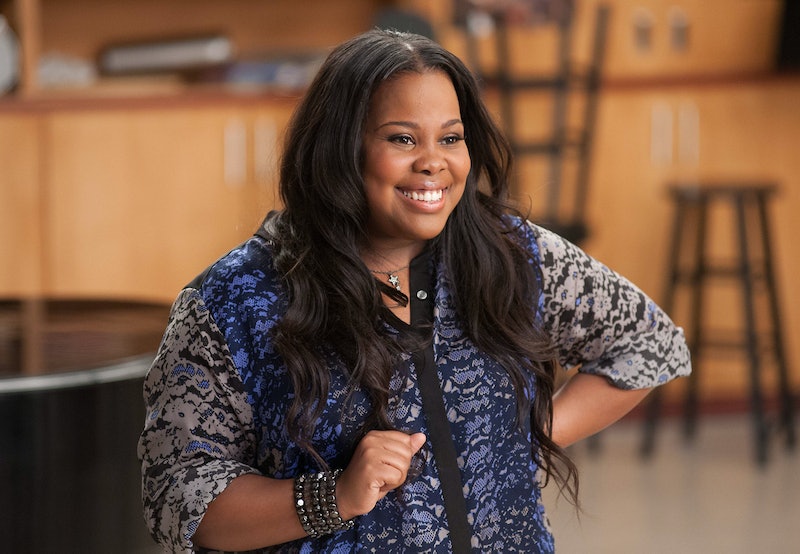 As excited as theater people get for auditions, we all secretly dread them too. Auditions can mean hours of transit, not to mention time and resources spent primping and curling and outfit-ironing before you realize that you haven't even printed your headshot and then you scream at the broken printer so much that you probably just blew your voice and now you will never be Idina Menzel (DEEP BREATHS). But no matter how much we resent auditions, there is one undeniably beautiful thing about stepping into that room full of fellow auditioners who passive aggressively already hate you: they actually know what you're talking about. Because try as we might to explain ourselves to our non-theater friends, there are just some words that come out of our mouths that only theater people will understand.

I think that because theater people are such a tight-knit and immersive crowd, we occasionally forget that when we're talking to each other around other people, our non-theater friends have no idea what we're talking about. Or they might think they do, but their guesses are almost always alarmingly and hilariously wrong. So, for my fellow theater people who occasionally forget to take this into account and have also found themselves in awkward situations, here's a guide of things you need to remember to be patient with non-theater friends about because they seriously have no idea what these things mean and we shouldn't judge them (too much) for that.

Without context or understanding, this call-and-response kinds sounds like we are casually summoning demons.

You would be insulted that you've played "random whore in ensemble" seven times, but hey, everyone's got a schtick.

Has anyone ever seen a green room that is actually green? They should rename this the "awkward sexual tension and gratuitous eating of things room".

Believe me, after enough times a stage manager yells this during tech week we WISH we meant the alcohol kind.

You explain to your parents that they're not actually threatening you...but with that kind of talent they might as well be.

The only time it is socially acceptable to nap in the wings and/or cry while eating buffalo wings at three in the morning.

She knows what she did.

It's so fun to say over and over again that you never actually get anything done with the orchestra.

Not like a literal brrrr, cold while you're reading it, but damn, might as well be with all the icy shade being thrown at you by that the ASM reading lines with you in the audition.

For something so painfully boring this sounds bizarrely dirty.

Aka the Rachel Berry.

The only thing you safeguard more than your actual human life. Everything you are is in that book. Flipping through someone's without their permission is like stealing their naked photos from iCloud.

We can't all be triple threats.

A jaw so aggressive you can't look away.

It doesn't matter where you hide, you will accidentally get involved in this drama, even if you barely know the people engaging in it, and you will pick a side when it inevitably goes to hell in a hand basket. Eh, something had to keep you entertained during tech and your phone got no service backstage anyway.

NOT THAT KIND OF MISTRESS. Geez.

If you don't get yelled at by a weary stage manager to shut up while you're splayed out uselessly on the stage at least six times during one of these, you might be doing it wrong.

Chin up, elbows out, headshot in hand. Oh, and pack a snack. It's gonna be a doozy.

"Wait, theaters have a union? What?!"

Half the fun in learning your lines first is being smug about it.

It would be sweet if this were figurative and not literal, and usually yelled at you by the director from the backseat of the theater.

There IS a difference.

Likely the only passably normal citizens in the building.