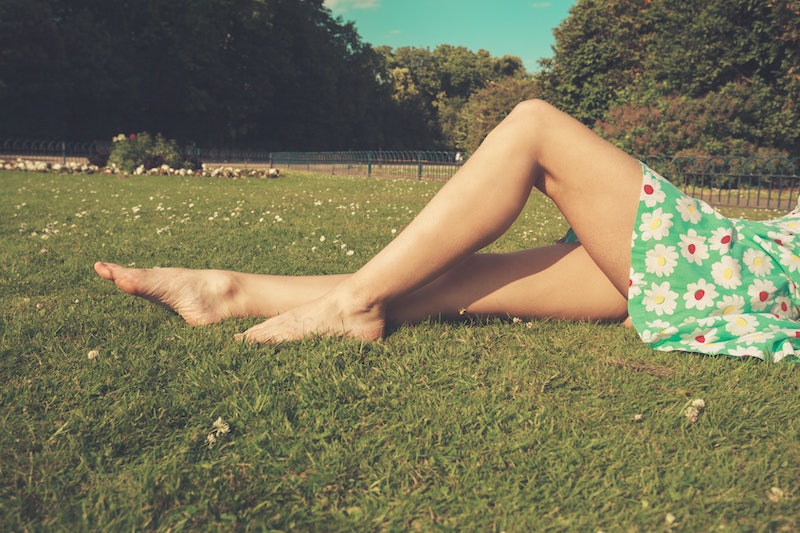 In news that’s sure to make some conservatives' heads spin, a new report this week has proven once again that no, the HPV vaccination actually doesn’t encourage promiscuous sex in teens. I know, I know; it’s breaking news for every single reader out there, for sure. But, surprisingly, researchers in the past had feared that the vaccine would give girls a “fake sense of security,” when it came to sexually transmitted infections, which conservatives the world over interpreted as the idea that the HPV vaccine would lead to promiscuity in girls and women, and therefore should be avoided by teen girls. Because, obviously, there’s nothing worse than promiscuity, not even cervical cancer — the whole reason for the HPV vaccination in the first place.

The most conservative of conservatives often have interesting takes on social issues. For example, same-sex marriage will absolutely, positively, lead to the downfall of society, and “legitimate rape,” couldn’t possibly result in a pregnancy. I mean, how could it? Like, really?

When it comes to women’s sexual health, the right is particularly skilled at propagating misinformation.

Here are a few more myths conservatives have created and spread about female sexuality — and the data that shows they're bogus.

Although intended to help prevent cervical cancer, in the eyes of some conservatives, the HPV vaccination is basically the equivalent of telling your daughter to go out into the world and have as much as sex as possible. There's also, at least according to Michele Bachmann, the “fact” that the HPV vaccination causes “mental retardation,” so obviously, the right thing to do is just to discontinue its administration all together.

The Facts: The Center of Disease Control’s study finds that the HPV vaccination absolutely doesn’t encourage promiscuous sex in teens. According to the American Academy of Pediatrics, of the 35 million girls and women who have received the vaccination, there hasn’t been one single case of mental retardation. That's great news, because we need the vaccine more than ever: In the U.S. alone, six million people contract at least one of the 40 different strains of HPV a year, 12,000 women are diagnosed with cervical cancer every year, and 4,000 of those women will die from the disease.

That said, of those 40 different strains, the vaccination only protects against the ones most likely to cause cervical cancer — HPV 16, HPV 18, HPV 6, and HPV 11. A Duke University's School of Medicine study also found that white women reap the benefits of the vaccination far more than black women, because HPV 16 and HPV 18 occur more frequently in the former group. (Black women are more prone to HPV 33, 35, 58, and 68.)

So while the vaccination certainly does have it's problems, leading to promiscuity simply isn't one of them.

You've heard the fear-mongering before: access to abortions will lead to more abortions, and the only way to stop all this “murder,” is to make abortions completely illegal.

The Facts: Although no official figures were kept at the time, Leslie Reagan’s book, When Abortion Was a Crime, states, “some late-19th-century doctors estimated a rate of about two million abortions a year.” Other statistics from the 1920s found that 10 to 23 percent of women had abortions, and a 1930s study out of clinic in the Bronx found that 35 percent of women had had at least one abortion in their lifetime. The shame and restriction to safe abortions was also so severe that the late 1920s saw roughly 15,000 women die from them.

Now take those stats and compare them to the fact that today, each year 1.7 percent of women between the ages of 15 and 44 get an abortion, and 21 percent of all pregnancies end in abortion. That's not to mention that abortion rates are the lowest they've been in 40 years. Does it really look like access to abortion has really sent the market booming? Hardly.

The Facts: As of a June 2014 Guttmacher Institute study, 62 percent of women are on birth control. The pill, vaginal ring, and the patch all have less than one-percent failure rates when used perfectly. That percentage jumps to nine percent when used “typically,” as in, “OMG, I forgot to take my pill this morning!”

Nowhere in that Guttmacher Institute research results was there any indication, at all, that birth control leads to promiscuity. What it does say is that women are using birth control not only to prevent unwanted pregnancy, but also keep their cramps, acne, and other hormonal symptoms in line.

For the most conservative, the best sex is no sex at all. Whenever another school district decides to go with abstinence-only "education," you're likely to hear “facts” and “figures,” thrown around “proving” that if we teach our children about sex, they will, obviously, become crazed sex fiends who will stop at nothing to get some action.

The Facts: Research has found that teaching abstinence-only isn’t helpful for lowering teen pregnancy rates — at all. A 2014 report on Mississippi’s “sex education” programs (which aren’t sex education at all, but abstinence-only programs), found that due to the lack of information and misinformation that‘s being given to kids, Mississippi is home to the second highest rate of teen pregnancies in the country. It has the second highest rate of gonorrhea and chlamydia, too.

Yet another study of four abstinence-only programs found that not only were these kids just as likely to engage in sex as those enrolled in proper sex education programs, but they were also less likely to use protection.

So the next time you hear those who seek to control women's sexual health pull out these myths, remember: you can't fight facts.

More like this
12 Aphrodisiac Desserts To Spice Up Your Valentine’s Day
By Kaitlyn Wylde
18 Hinge Prompt Answers To Try If You’re Looking For Something Casual
By Lexi Inks
25 Inspiring Quotes From Black Women To Celebrate Black History Month
By Kyli Rodriguez-Cayro and JR Thorpe
Here’s Where The NHS Nurses’ Strike Currently Stands
By Sophie McEvoy
Get Even More From Bustle — Sign Up For The Newsletter
From hair trends to relationship advice, our daily newsletter has everything you need to sound like a person who’s on TikTok, even if you aren’t.