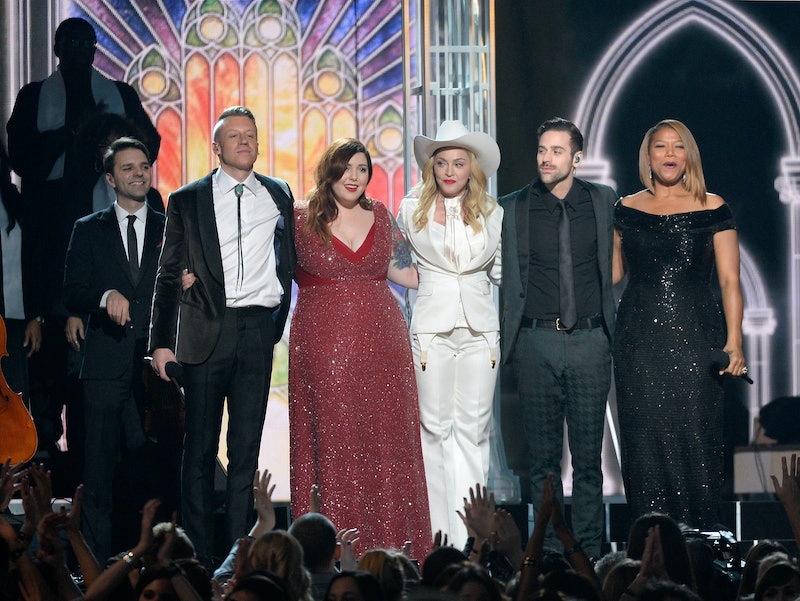 Every day the simple act of going online holds a lot of not so heartening news: religious wars, racial profiling, global warming, ugh, must I go on? These sad stories dominate the media and fill our social networking feeds, but in between all the atrocities, sometimes there are a few moments that restore our faith in humanity and make our cold, hardened hearts swell. Most of the time, it comes in the form of cat videos (of which there’s no such thing as too many), but on occasion, it’s even better than that. Sometimes the Internet bestows on us a heartwarming viral experience; a story so genuinely sweet that for a brief moment, you forget about all the bad and rejoice in life’s little (and big) triumphs with millions of total strangers. It’s in that spirit that I put together this list of the top 10 most heartwarming moments of 2014.

It was a tough list to assemble, especially for someone who is perhaps overly sentimental, someone who’s been known to cry just witnessing an old person crossing the street (on face value that’s not supposed to be sad, right?). I’ll attest it’s hard for a human marshmallow to do pretty much anything, but being sticky and emotional is totally in my wheelhouse. So without further ado…

'Member when U.S. Olympic freeskier Gus Kenworthy saved all those puppies in Sochi and captured the hearts of America? (Or at least American women... AMIRITE, LADIES?) Awwwww. Dammit, now I can't stop. Awww.

With the debut of Cristela on ABC this October, comedian Cristela Alonzo became the first Latina to produce, write, and star in her own primetime comedy. Even better, the semi-autobiographical series loosely based on her life and family shows no signs of slowing down. The premiere won its time slot, and the show has since been a steady ratings performer, securing it a back-nine order to round out its first full season. Kudos to Cristela for being one of the most aww and awe-inspiring boundary breakers of 2014!

When the shocking news of Robin Williams' death broke, there was an outpouring of grief from colleagues and fans alike. There were innumerable blog posts, tweets, Facebook messages, and more dedicated to the comedy legend, as many paid their respects via social media. However, no one's tribute was more apropos or moving than the one his daughter Zelda posted on Twitter — there's no doubt he'll have those stars laughing for eons to come.

Ohio teen Austin Dennison's depression era great-grandmother Delores didn't get to go to prom when she was a girl because money was tight. At 89, that opportunity seemed to be behind her, but that all changed this spring when Austin asked her to his senior prom. And she went! And they slow-danced to Frank Sinatra's "Dolores," which her husband Ed used to sing to her! So freakin' cute, I think we can all agree this kid is a hero.

Chris Pratt is synonymous with heart flutters, duh, but there was one time this year when he really outdid himself. At the March of Dimes Celebration of Babies luncheon in Beverly Hills earlier this month, he told the story of his son Jack's premature birth and the promises he made in the ICU about what kind of dad he wanted to be, "and I just prayed that he’d live long enough that I could keep them.” Luckily, Jack has grown from a "small, helpless little squirt" to a happy, healthy toddler with the coolest, most swoon-worthy dad ever.

The same Siri most of us just use for a quick answer or as a handsfree assistant has taken on a very significant role in the life of a 13-year-old boy with autism: best friend. According to the New York Times piece penned by the boy's mom, Judith Newman, "when he discovered there was someone who would not just find information on his various obsessions (trains, planes, buses, escalators and, of course, anything related to weather) but actually semi-discuss these subjects tirelessly, he was hooked."

Their relationship continued to grow, with Gus learning better manners and increased empathy from the iOS application, even asking her to marry him someday. And if that doesn't make you gooey inside, then congratulations, your heart is a piece of cold dead steel.

The tragic shooting death of black 18-year-old Michael Brown by white officer Darren Wilson in Ferguson, Missouri, and the subsequent grand jury process, stirred fervent debate throughout the country about the police racism and use of deadly force — and nearby NFL home team the St. Louis Rams didn't shy away from the controversy. When their offense was introduced at a game following the decision not to indict, several players raised their hands in a gesture of support for the protesters... and hearts across America melted in solidarity.

When it became clear that Ryland Whittington, assigned female at birth, was more than just a tomboy and had started saying things like, "When the family dies, I will cut my hair so I can be a boy," his parents took the most supportive tack imaginable: full acceptance of their transgender son. The family shared a seven-minute video outlining Ryland's experience at the Harvey Milk Diversity Breakfast in May, before uploading the clip to YouTube, where it quickly went viral and now has over seven million views. Ah, Internet, sometimes you're not so bad.

2. 33 Couples Get Married at the Grammys

Macklemore and Ryan Lewis hit the stage with Mary Lambert to perform their nominated marriage equality anthem "Same Love" at this year's Grammy Awards, but the performance transcended the event, becoming a live wedding of 33 couples ("gay, straight, old, young, of many races and many colors") officiated by none other than Queen Latifah. And we all got to watch — however briefly restoring our faith in humanity and award shows.

Nathan Steffel never got a photo of his daughter Sophia without tubes during her short life. A mere six weeks after she was born, she died from complications with a type of liver tumor. She didn't even make it home from the hospital. So the grieving father took to Reddit for a chance to see his daughter without her life support tubes, asking users if they could photoshop them out. The response was overwhelming — tubeless depictions of the baby began pouring in almost immediately. And with that, we've reached maximum heart swells, folks.

...is this little guy trying to make a last-minute play for most adorable?!?!

I guess it's been a pretty sweet year, at least in terms of heartwarming viral moments. Here's to a warm and fuzzy 2015!

More like this
The Case For A Hard Launch Summer
By Morgan Sullivan
TikToker Kate Glavan Has The Antidote To The “Hot Girl Walk”
By Alexis Morillo
What Is “Night Luxe?” Breaking Down TikTok’s New Aesthetic
By Courtney Young
TikTok Is Using A ‘Love Island’ Sound To Expose Their Weird Crushes
By Courtney Young
Get Even More From Bustle — Sign Up For The Newsletter