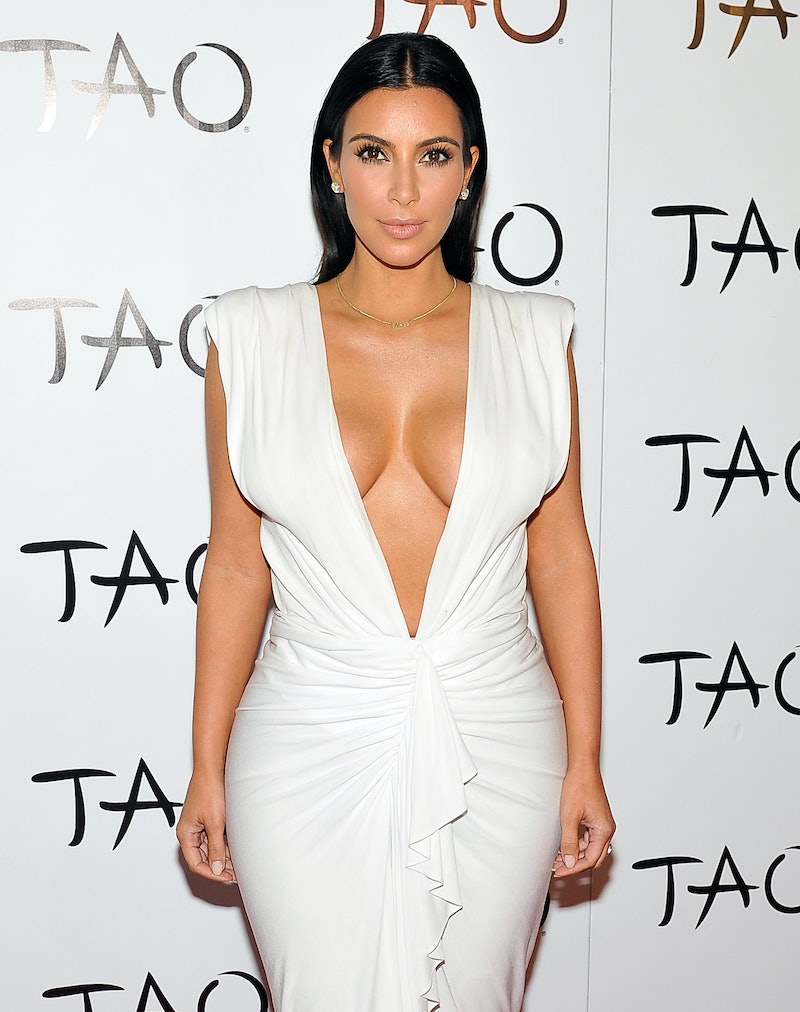 OK, I can admit it — 2014 was the year of Kim Kardashian. From her lavish wedding to her surprisingly popular app, the reality star's been in the headlines a lot this year. In case you had any doubts, Ad Age recently revealed their list of the Top 10 Magazine Covers of 2014, and among WIRED's Edward Snowden cover, The New York Times Magazine's "Abortion By Mail" cover, and TIME's tribute to Robin Williams, was none other than Mrs. Kim Kardashian-West. And not just once, but twice.

Third on Ad Age's list was her Vogue cover with Kanye, in which she wore a Lanvin wedding dress and looked like she just knew she belonged on the cover of the glossy in the arms of one of the world's most famous hip hop artists. Sure, editor-in-chief Anna Wintour threw some shade at the couple later in the year, saying "I think if we just remain deeply tasteful and just put deeply tasteful people on the cover, it would be a rather boring magazine." But, hey, Kim's Vogue dream still came true, tasteful or not. (And obviously, it was not a failed cover — at least not according to Ad Age.)

Squeezing in at number 10 on the list was — you guessed it — Paper 's "Break The Internet" cover. Ad Age showed the shot of Kim Kardashian balancing a champagne glass on her sizable and toned backside, but I'm sure the alternate cover photo, in which Kim exposed her butt to the world, did just as well.

Sure, Kendall's become a celeb in her own right by owning ads and runways as one of the year's most sought-after models, and Kris had her own LOVE advent calendar appearance, but it's pretty clear that Kim reigned supreme this year. Maybe next year, the rest of you!

More like this
23 Times Meghan Markle Dressed Just Like Princess Diana
By Bustle UK
Kim Kardashian Chopped Her Platinum Hair Into A Lob
By Olivia Rose Ferreiro
Kim Kardashian Just Dropped An Underboob Skims Collection
By Allie Fasanella
The $6 Drugstore Beauty Product Taraji P. Henson Uses Every Single Day
By Danielle Sinay
Get Even More From Bustle — Sign Up For The Newsletter