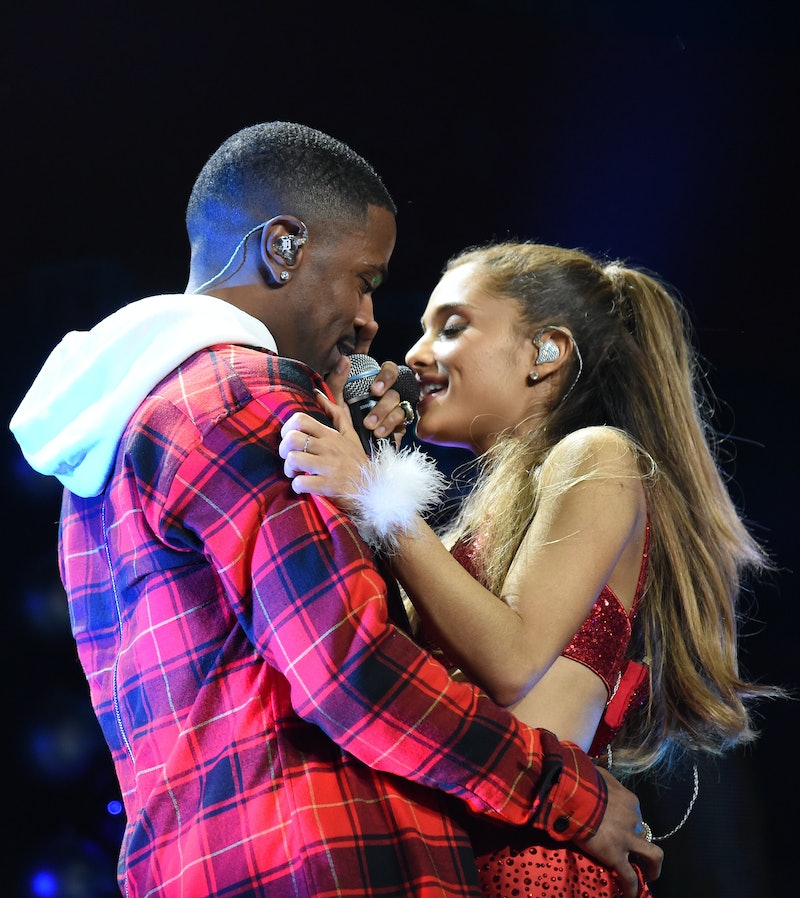 Remember back in the summer when everybody speculated about Ariana Grande and Big Sean's relationship? The two kept us guessing for quite awhile and no one knew if they were actually dating. Luckily, hiding relationships is so last year — literally. Now that it's 2015, this couple isn't shy about PDA at all. Sure, Ari and Big Sean confirmed their relationship back in October, but in the new year, it looks like they're taking things to a new level — romantic getaways. Ariana Grande and Big Sean took a trip to Lake Tahoe and shared the most adorable Instagram photos.

The timing of the photos is pretty perfect, since apparently there were some Ariana/Big Sean breakup rumors around Christmas time. But they couldn't be further from the truth! Grande's rep denied any breakup and said those rumors are "absolutely not true," according to a report on Perez Hilton. Phew! Maybe in the new year, we can cool it with all the Ariana Grande rumors, OK? There were way too many in 2014 — from her diva demands to hating on her fans. Let's let the girl live her life.

As Grande told fans, the reason why she hadn't posted anything in awhile was because she was being "a snowbunny," aka she must've been referring to her trip with Big Sean. Just in case anyone mistakenly thought she disappeared and was moping around, eating Ben & Jerry's to cure a broken heart.

Look how adorable they are, all bundled up!

Grande also re-grammed this photo on her own account using "#happy" in the caption.

Wait a minute, didn't Big Sean recently deny rumors about Ariana demanding that people carry her everywhere? Because uhhh, this photo proves otherwise. (Just kidding! I'm sure it was only for the photo.)

So there you have it! If Ariana Grande and Big Sean broke up, they have a funny way of showing it. And by that, I mean there's absolutely no way they did! Now that that's settled, they can continue their reign as the cutest new celebrity couple.