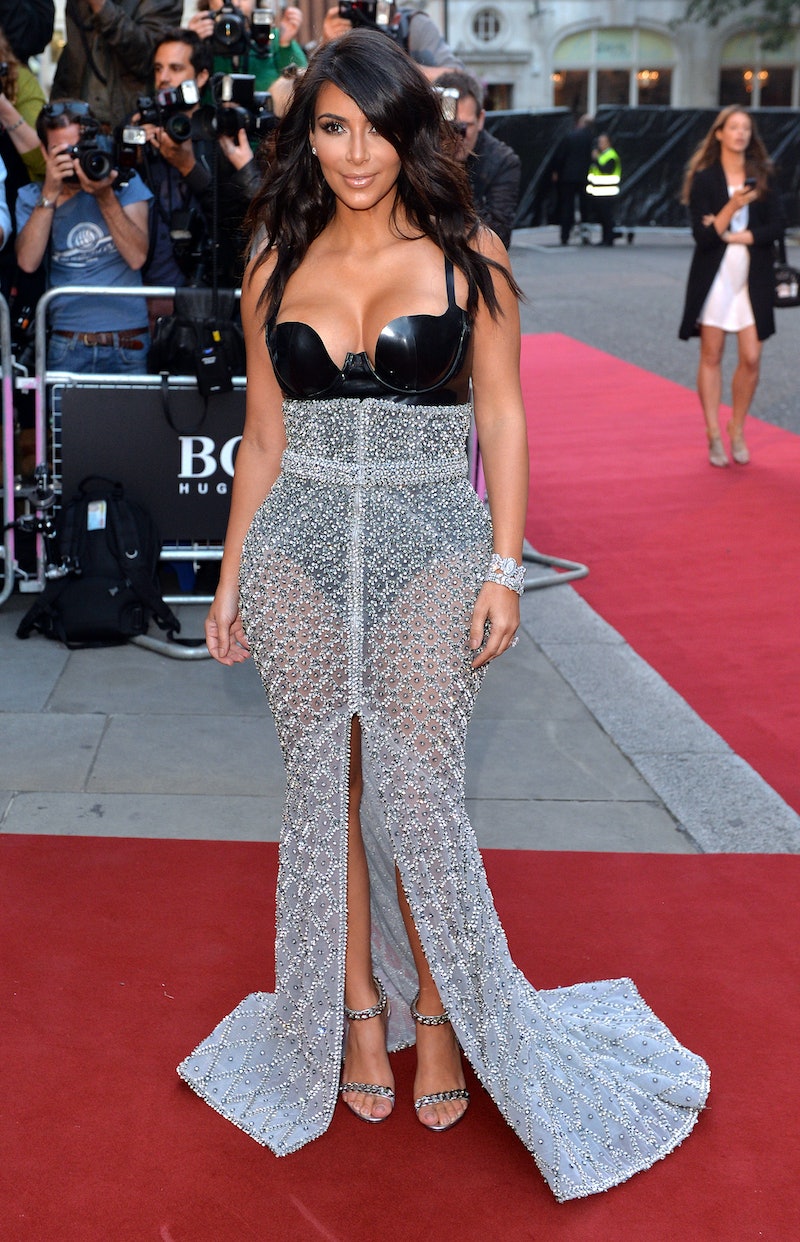 Say what you want to about Kim Kardashian, but she probably doesn't care anyway. That's because despite receiving an onslaught of insults on a daily basis, she still manages to be successful. Proof of that success? Kim Kardashian is on the cover of Vogue Australia 's February 2015 issue. Landing magazine covers left and right must be an indication that she's doing something right, right? In the interview, Kardashian discussed the constant criticism she receives and how people misjudge her. She tells the magazine,

I think the biggest misconception about me is probably that I don't work hard and everything comes easy. I like to prove people wrong and just live my life and do what I do and work hard and I'm proud of that.

Tying into that idea, she continued, "Everyone has critics. I think it's really hard to live in a world where there's so many people judging you." Not even being sarcastic when I say she raises a great point — it's pretty unfair that her every action appears under a microscope and gets publicly torn apart. It's like she has to prove herself time and time again to be taken seriously.

Since she set the record straight regarding how hard she works, I've decided to round up a list of other common misconceptions about Kim Kardashian. Because come on, the girl deserves a break!

Ugh, Kim cropped her daughter out of one selfie and apparently she deserves the World's Worst Parent Award. A cropped photo shouldn't be the end of the world. She obviously cares about her daughter, as evidenced by another quote from the Vogue Australia interview. She plans to teach North to not let negativity get her down, saying, "I'm gonna teach my daughter to be really strong."

She Doesn't Care About Anyone But Herself

Nope, she's not selfish just because she takes a ton of selfies. Sure, you'll find tons of self portraits on her Instagram, but you'll also find plenty of evidence that she has a huge heart. Whether supporting the careers of her family members or showing her appreciation for troops overseas, she's always making time for others.

She Only Married Kanye for Attention

Eh, I don't know, you guys. I think they're actually in love. I mean, personally I find Kanye West to be a bit egotistical, so if Kim can tolerate being around that all the time, she must really love him. Plus, Kim gushed about Kanye to Vogue Australia, telling the magazine:

We are absolute best friends; we know every last thing about each other. We know our goals are to make each other's lives really happy, and I think we know how to do that. We have good communication, and I think that's so important in a relationship, and we have so much fun together. We laugh together.

Would someone who's so vain share no makeup selfies? Look, I'm not going to say Kim isn't self-confident, but she shouldn't be considered shallow for having high self-esteem. If anything, it's admirable! She's allowed to "feel her look" all she wants without it being considered such a negative thing.