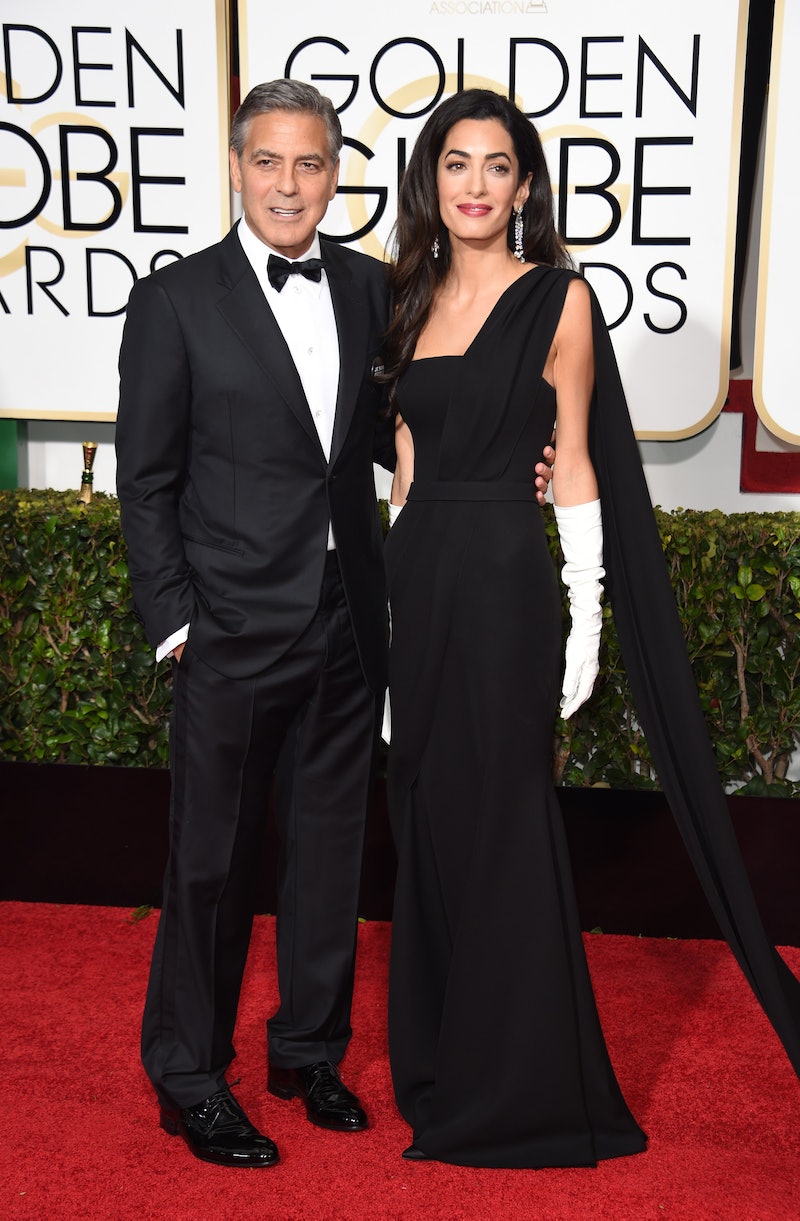 With the 2015 SAG Awards right around the corner, we can't help but wonder who will attend. Obviously, we're going to see some familiar faces, like most of the SAG nominees, and, of course the presenters, but what about Mrs. George Clooney, herself? Well, we already know it doesn't look like Amal Alamuddin will be at the Oscars, so I'm going to call it right now and say she and Clooney won't be at the SAG Awards, either.

First, Clooney isn't nominated. Second, he's not connected to any of the films. Third, he's not set as a presenter, yet. Fourth, he isn't receiving another lifetime achievement award. So, yeah, why would he go? As always, there's a good chance, he'd show up, which means Alamuddin might too, unless she busy working or saving the world.

But, hey, whether she is or isn't in attendance, that's OK, because I'm sure the awards show will still be entertaining (if Jennifer Lawrence shows up). However, I can't help but think how excited stars will be if Alamuddin does attend. Also, I bet some celebs will be extremely disappointed if she doesn't show up, too. Seriously, who doesn't want to see Clooney and Alamuddin at an awards show, especially if he's going to give swoon-worthy speeches about his wife?

With all of that said and done, let's keep this positive by thinking about how stars might react if Alamuddin does arrive at the SAG Awards. Here are 12 nominated stars and their possible reactions to seeing Alamuddin on Sunday.